US National Hurricane Center warned oceanside residents in North Carolina to brace for storm surge up to 1.5 metres. 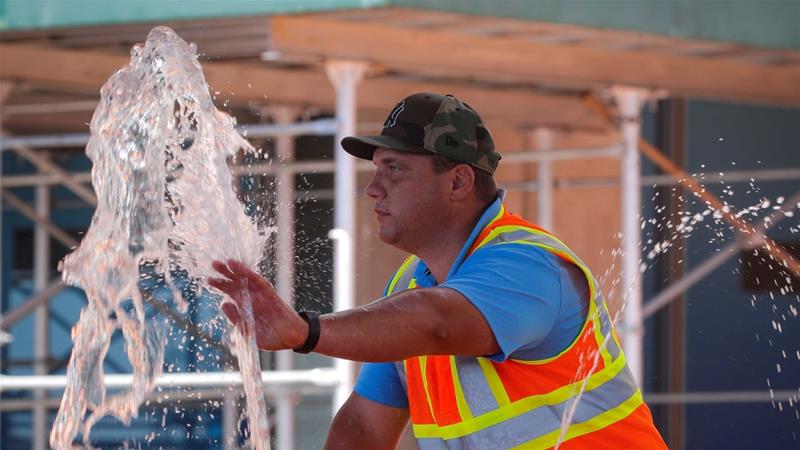 Hurricane Isaias has made landfall near Ocean Isle Beach, North Carolina, according to the US National Hurricane Center.

Coastal shops and restaurants closed early, power began to flicker at oceanfront hotels and even the most adventurous of beachgoers abandoned the sand Monday night as newly restrengthened Hurricane Isaias sped towards the Carolinas.

The US National Hurricane Center warned oceanside home dwellers to brace for storm surge up to 5 feet (1.5 metres) and up to 8 inches (20 centimetres) of rain in spots, as Isaias moved up the coast.

The Carolinas weren’t the only states at risk.

“All those rains could produce flash flooding across portions of the eastern Carolinas and mid-Atlantic, and even in the northeast US,” said Daniel Brown, senior hurricane specialist at the US National Hurricane Center.

A tropical storm warning extended all the way up to Maine, where flash flooding was possible in some areas on Wednesday.

The center also warned of possible tornadoes in North Carolina on Monday night and early Tuesday, and from eastern Virginia to southern New England later Tuesday.

Isaias will likely regain hurricane strength as it moves up the United States East Coast towards major cities such as Washington, Philadelphia and New York.

It poses an immediate threat to a stretch of coastline that includes the South Carolina tourist resort of Myrtle Beach and the North Carolina port city of Wilmington.

Though Isaias will likely weaken before dousing the US Northeast on Tuesday, New York City is already bracing for a storm surge in lower Manhattan, mindful of the devastation caused by Superstorm Sandy in 2012. 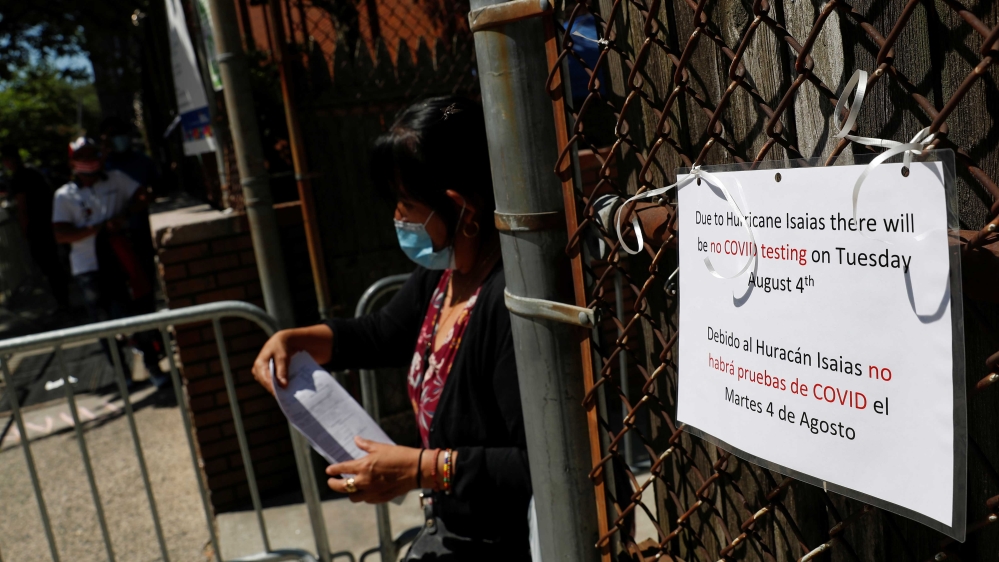 In a warning to the Carolinas, the National Hurricane Center said: “Preparations to protect life and property should be rushed to completion.”

While a few local officials on the coast ordered evacuations, North Carolina Governor Roy Cooper also warned of inland flooding, as occurred with 2018’s Hurricane Florence, which killed 40 people and caused $17bn in damage in the state.

“North Carolinians have had to dig deep in recent months to tap into our strength and resilience during the pandemic … but we have to dig a little deeper. Let’s keep each other safe from the wind and water, as well as from the virus,” Cooper said.

Hatteras Island was nearly deserted on Monday after officials ordered visitors and residents to leave, but some ignored the warnings.

Kevin Rowe, 63, of Indiana, was not about to let the storm cancel his family’s first visit to the Outer Banks.

“We’re a little bit of risk-takers,” said Rowe, who has been travelling the world for 11 years with his wife.