LAKE CHARLES, La. (Reuters) – Hurricane Laura ripped through Louisiana on Thursday, destroying buildings in towns across the southwestern corner of the state and killing four people who were crushed by falling trees as they sheltered in their homes, officials said.

Still, the damage Laura has inflicted so far is less than what forecasters predicted.

“This was the most powerful storm to ever make landfall in Louisiana,” Governor John Bel Edwards said at an afternoon press conference. “It’s continuing to cause damage and life threatening conditions.”

A 14-year-old girl in Leesville, Louisiana, was among those who died when a tree fell on her house, a spokeswoman for Edwards said.

Edwards said later at the press conference that another three people died after trees hit their homes. He said the deaths occurred in Vernan, Jackson and Acadia Parishes.

Edwards warned residents in the area to shelter in place, close doors and windows and turn off air conditioners as authorities investigated. Traffic was blocked on the interstate and Highway 90.

Residents of Lake Charles heard Laura’s winds howling and the sound of breaking glass as the storm passed through the city of 78,000 with winds of 85 miles per hour (137 km per hour) and gusts up to 128 mph (206 kph) in the hour after landfall.

National Guard troops cleared debris from roads in Lake Charles on Thursday afternoon. There were downed powerlines in streets around the city, and the winds tipped a few semi-trucks onto their sides.

The windows of the city’s 22-floor Capital One Tower were blown out, street signs were toppled and pieces of wooden fence and debris from collapsed buildings lay scattered in the flooded streets, video footage on Twitter and Snapchat showed.

“I never even boarded up my windows. I didn’t think to do that. This is the first hurricane I’ve experienced. I just hope my house is fine,” he said in a telephone interview.

In the small town of Starks, about 25 miles northwest of Lake Charles, pine trees strewn across roads and homes were the biggest challenge in cleaning up.

Rev. Karl Smith carefully inspected the damage done to buildings around his First Pentecostal Church. He rode out the storm in the cellar of his house – and had to cut through trees so that he and his wife could get out. 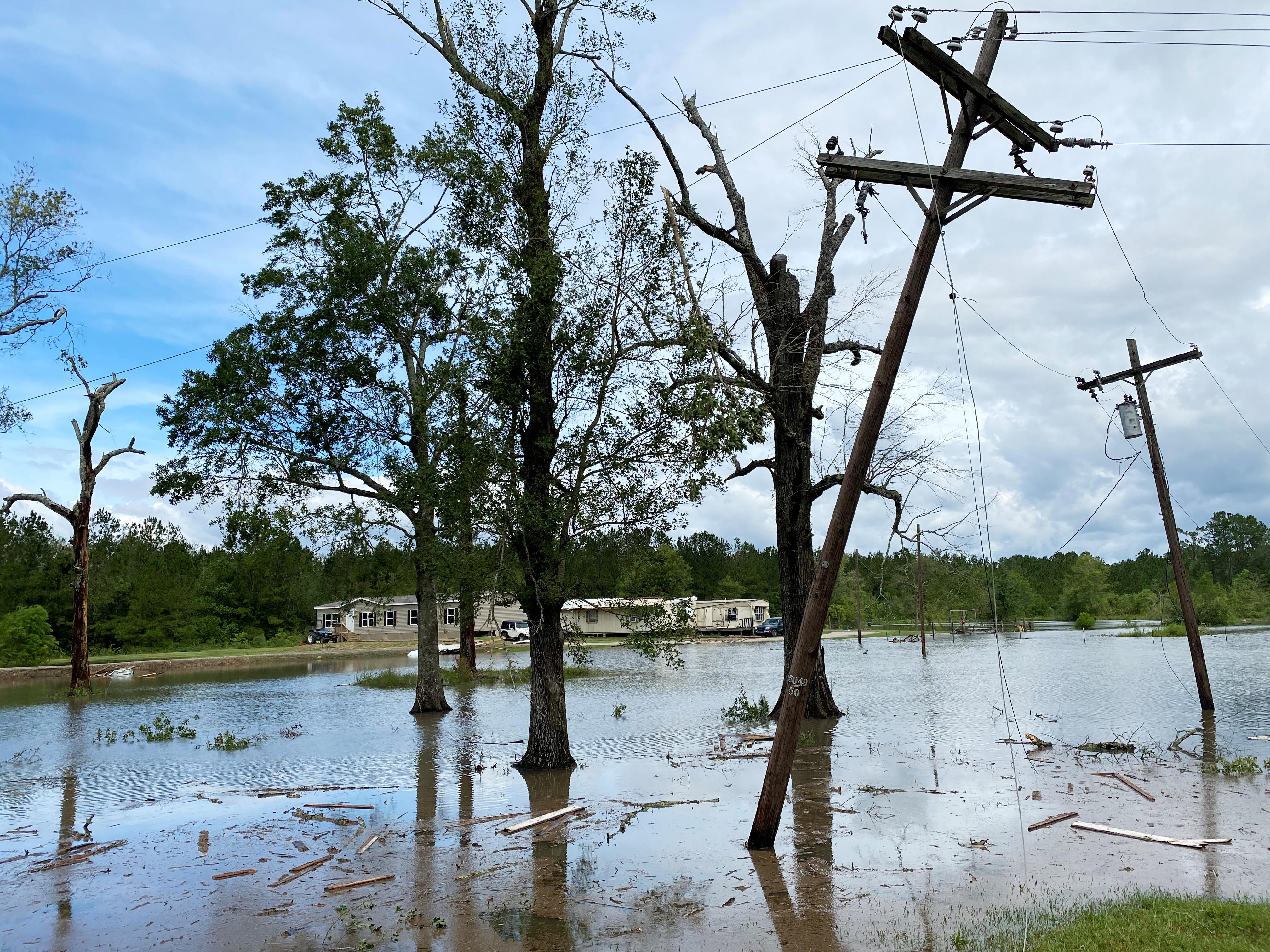 Laura made landfall just before 1 a.m. (0600 GMT) as a Category 4 storm packing winds of 150 mph in the small town of Cameron, Louisiana, the National Hurricane Center (NHC) said.

It rapidly weakened to a Category 1 storm on Thursday morning with maximum sustained winds of 75 mph (120 kph), and has since become a tropical storm.

The NHC warned that high water levels would persist along the Gulf Coast for several hours as Laura moved north and then northeast.

Besides threatening life, the storm slammed the heart of the U.S. oil industry, forcing oil rigs and refineries to shut down production.

The Port of Lake Charles remained closed as workers were unable to enter or exit the facility due to downed power lines and trees.

The port avoided significant flooding but power was out as of Thursday morning, manager of security and safety Ed Manint said. The harbor police were assessing the damage, he said.

‘LESS SURGE THAN WE THOUGHT’

Federal Emergency Management Agency (FEMA) Administrator Pete Gaynor told Fox News that the agency would make storm damage assessments on Thursday and had the resources to respond to the storm now, adding he expected to see significant damage from wind and building damage. 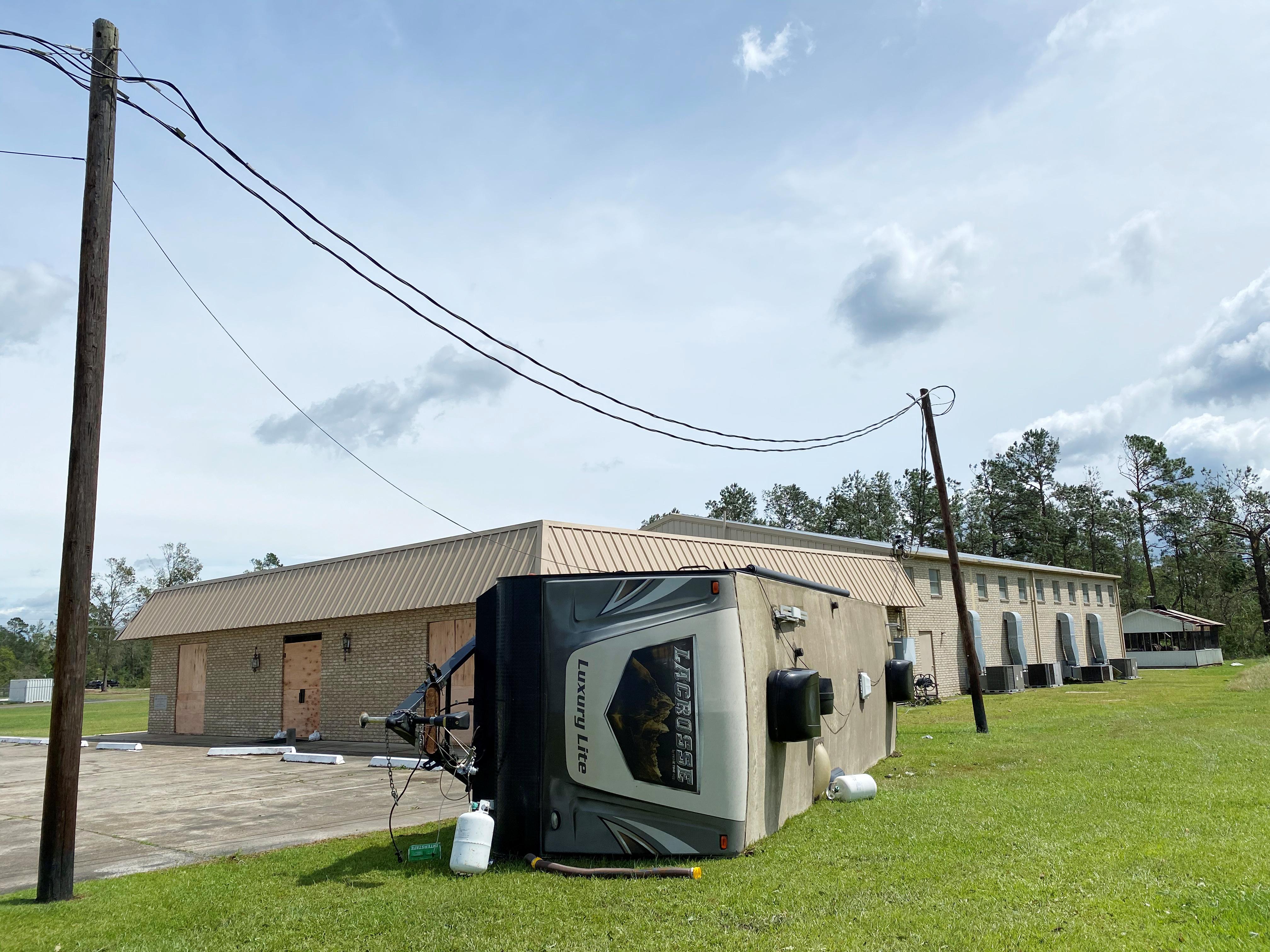 The NHC on Wednesday predicted storm surge would be “unsurvivable” and could penetrate up to 40 miles inland. While the worst projections had not materialized, damaging winds and flooding rainfall would continue spreading inland later on Thursday, the NHC said.

Laura could spawn tornadoes on Thursday over Louisiana, Arkansas and western Mississippi, and was expected to drop 4 to 8 inches (10-20 cm) of rain across portions of that region, the NHC said.