PARIS (Reuters) – The doctor’s surgery in Paris where Tura Milo works has closed its door to patients because of the coronavirus but the general practitioner is still doing her consultations, only now by video conference. 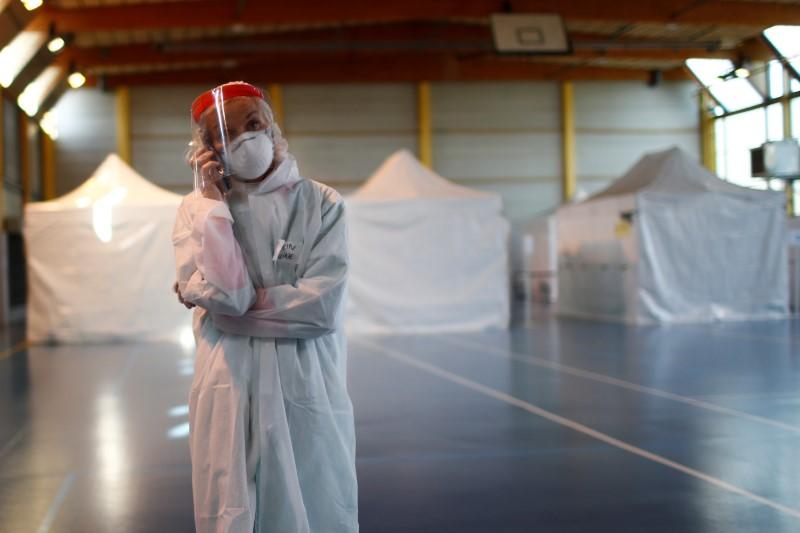 “How many days have you had a fever for?” she asked a 31-year-old patient suspected of having the virus. The doctor could see the patient in a window on her computer screen, while the patient filmed himself using a webcam at home.

The doctor diagnosed a mild case of coronavirus, gave the patient an online prescription for medicine to relieve the symptoms, and advised him to limit contact with his boyfriend to avoid transmitting the virus.

“Surprisingly, the patients got used to it very quickly,” Milo said of the virtual consultations, which she conducts from her surgery in the French capital’s upscale 6th district.

She estimated that between 30% and 50% of her online appointments are about coronavirus-related complaints.

Heightened anxiety among patients about the virus, coupled with worries that seeing a doctor in person could expose people to infection, has in France driven a surge in the use of online medical consultations.

Since the outbreak took hold in France, the number of consultations taking place on one platform, called Doctolib, has increased 100 times, and the number of doctors using the site has risen tenfold, according to Doctolib co-founder and chief executive Stanislas Niox-Chateau.

“And that is going up hour-by-hour,” he told Reuters in an interview.

A total of 1,696 people have so far died from coronavirus in France, according to an official tally released on Thursday, and the number of recorded cases of infection is at 29,155.

The French government has told people to stay at home and avoid all but essential trips. Visits to the doctor are on the list of permitted activities, but many some worry they could pick up the infection in the doctor’s surgery.

Doctolib, founded in 2013, usually charges doctors a 79 euro ($87) per month fee for using the site, but it decided to waive that at the start of the outbreak.

Doctolib, which is not listed, said last year a funding round in which it raised 150 million euros from investors gave the firm a valuation of around 1 billion euros.