At least 40 people have been killed after a bus veered off a bridge in central India and crashed into a canal, officials have said.

District magistrate Ravindra Kumar Choudhary said six people were rescued from the vehicle, which was carrying 46 passengers despite having a capacity of 34.

Other estimates put the number as high as 50. 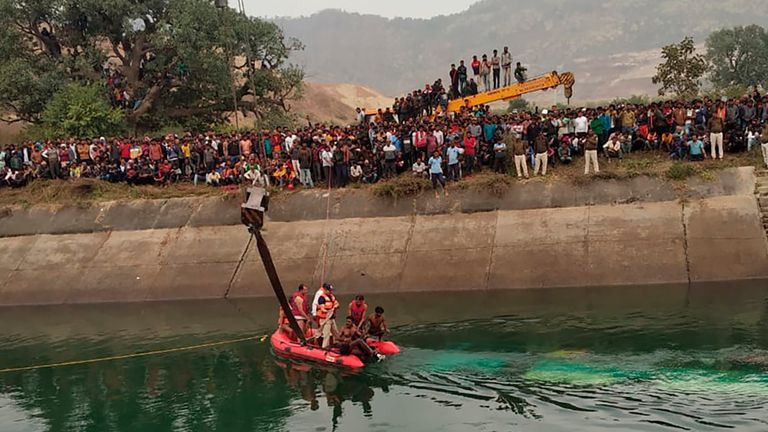 Pictures from the scene in Sidhi, Madhya Pradesh, showed the vehicle was completely submerged.

Rescuers from the State Disaster Response Force and other workers recovered 40 bodies and were searching for other passengers, Mr Choudhary added.

The water supply to the canal was cut, which sped up the operation and allowed two cranes to pull the bus out. 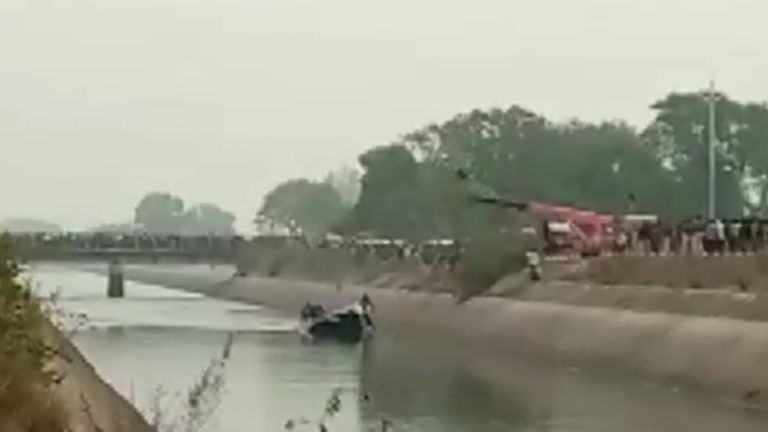 An investigation has been launched into the crash, which occurred at around 7:30am (02:30 GMT) local time in Sidhi district, about 347 miles (560km) from the state capital Bhopal, local media said.

The bus was on its way from Sidhi to the Satna district of Madhya Pradesh in central India when the incident occurred.

The chief minister of Madhya Pradesh, Shivraj Singh Chouhan, said in a video message posted on his Twitter account: “What has happened is extremely tragic. The entire state is standing with those affected.”

Prime Minister Narendra Modi tweeted his condolences to families of the victims, calling it “horrific.”

Police estimate more than 110,000 people are killed every year in road accidents across India.

Most crashes are blamed on reckless driving, poorly maintained roads and ageing vehicles.