Move comes after a deadly border clash between the two neighbours in a disputed Himalayan region earlier this month. 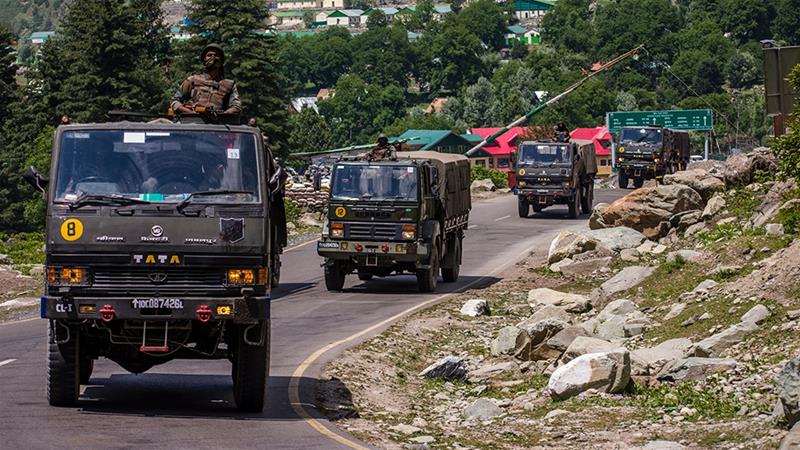 India has banned 59, mostly Chinese, mobile phone applications in its strongest move yet targeting China in the online space just weeks after a border crisis erupted between the two countries.

A statement by the Ministry of Information on Monday said the banned apps include TikTok, UC Browser WeChat and Bigo Live, as well as e-commerce platforms Club Factory and Shein, which are used on mobile and non-mobile devices connected to the internet.

The apps “are engaged in activities … prejudicial to sovereignty and integrity of India, defence of India, security of state and public order,” it said, calling the ban “a targeted move to ensure safety and sovereignty of Indian cyberspace”.

The statement said the move was taken after several complaints were received by the ministry alleging theft of users’ data and violations of user privacy.

Following the order, Google and Apple will have to remove these apps from the Android and iOS stores.

India’s decision comes as its troops are involved in a tense standoff with Chinese soldiers in eastern Ladakh in the Himalayas that started last month. India lost 20 soldiers in a June 15 clash that took place approximately 4,500 metres (15,000 feet) above sea level in the Galwan River Valley.

The deaths triggered enormous outrage and street protests in India.

Anti-China sentiment has long simmered in India over accusations of cheap imports flooding the country, but the border clash has brought tensions to the fore with calls being made to boycott Chinese products.

Indian customs at ports have since last week held back containers coming from China, including Apple, Cisco and Dell products, according to reports.

Chinese mobiles have an almost 65 percent share in the local smartphone market, while video-sharing apps like TikTok and Helo are popular among India’s youths.

The ban is also expected to be a big stumbling block for firms such as Beijing-based Bytedance which had plans to invest $1bn in India, open a local data centre, and had recently ramped up hiring in the country.

Among other apps that have been banned are Tencent’s WeChat, which has been downloaded more than 100 million times on Google’s Android, Alibaba’s UC Browser and two of Xiaomi’s apps.