It comes as several senior Indian journalists face charges of sedition over their reporting and online posts about last week’s farmers’ protests, sparking criticism of the legal action from media associations.

The farmers want the government to withdraw three new farm reforms introduced by Prime Minister Narendra Modi’s government in September, that they say will hurt their livelihoods and benefit large private produce buyers. 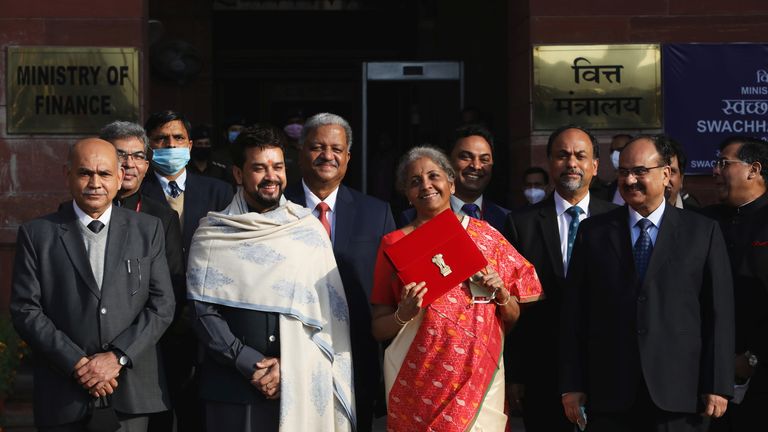 Internet and messaging services were blocked in several neighbourhoods on the outskirts of New Delhi where protests turned violent last week, while security was stepped up around parliament and other important government offices in the central district.

“The government has increased security to avoid any clash or violence when parliament is in session,” said a senior official, who did not wish to be named in line with official policy. “The idea is to keep everyone safe and avoid any escalation in tensions.”

A farmers’ procession turned violent on Tuesday when some protesters broke into the historic Red Fort complex, with one protester killed and hundreds injured. 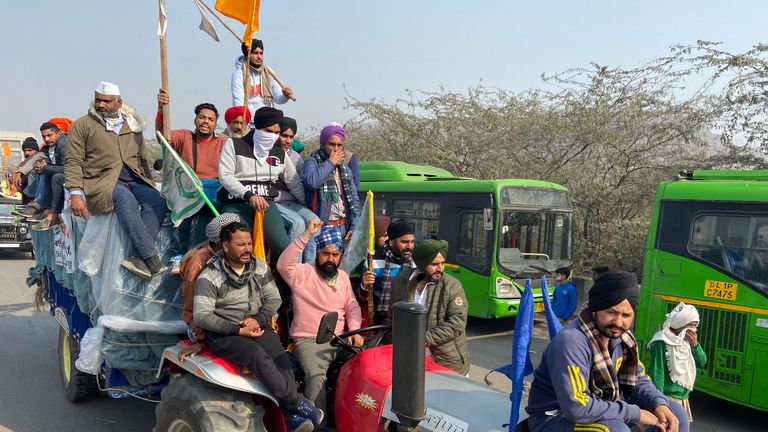 On Friday, police used tear gas and batons to break up clashes during one protest, while in the last few days, more farmers have arrived along with their tractors to join their protesting colleagues at the three major protest sites near New Delhi.

Making his first public comments since the violence broke out last week, President Narendra Modi said in a radio address on Sunday: “The country was saddened by the insult to the Tricolor (Indian flag) on the 26 of January in Delhi.” “The government is committed to modernising agriculture and is also taking many steps in that direction.”

The government claims the new laws will create new opportunities for farmers and it has invited farmer leaders for fresh talks to end the deadlock. 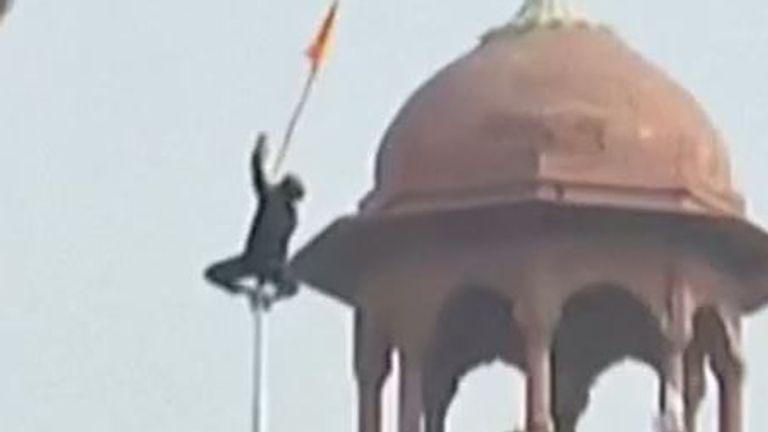 Meanwhile, the cases against the several senior journalists over their reporting of the protests have been filed with police in at least five states – and includes Rajdeep Sardesai, a prominent anchor on the India Today television channel, and Vinod Jose, executive editor of the Caravan magazine.

Filed by residents of the states, the cases allege that the journalists provoked violence during protests at New Delhi’s Red Fort on 26 January through incorrect posts on Twitter and reports that police had killed the protester who died. 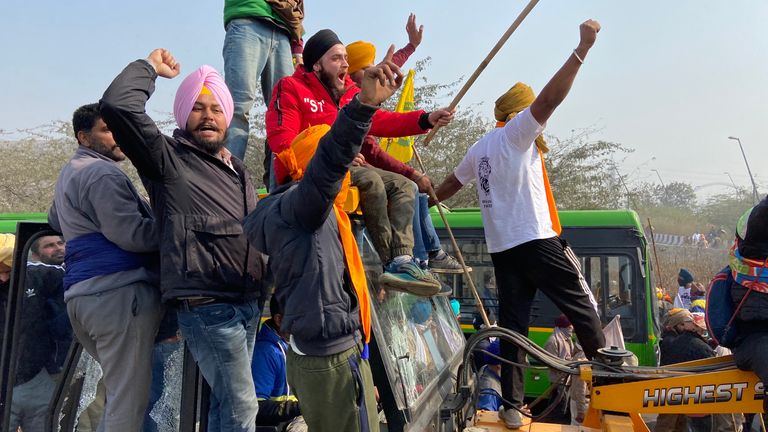 Some witnesses said the protester was killed when the tractor he was driving overturned and crushed him, but there were reports that he had been shot by police.

“The accused tried to provoke the protesters for their political and personal gains by spreading false and misleading information online,” according to one complaint filed in the state of Uttar Pradesh.