NEW DELHI/AGRA (Reuters) – India has withdrawn a planned reopening of the Taj Mahal, citing the risk of new coronavirus infections spreading in the northern city of Agra from visitors flocking to see the 17th century monument to love. 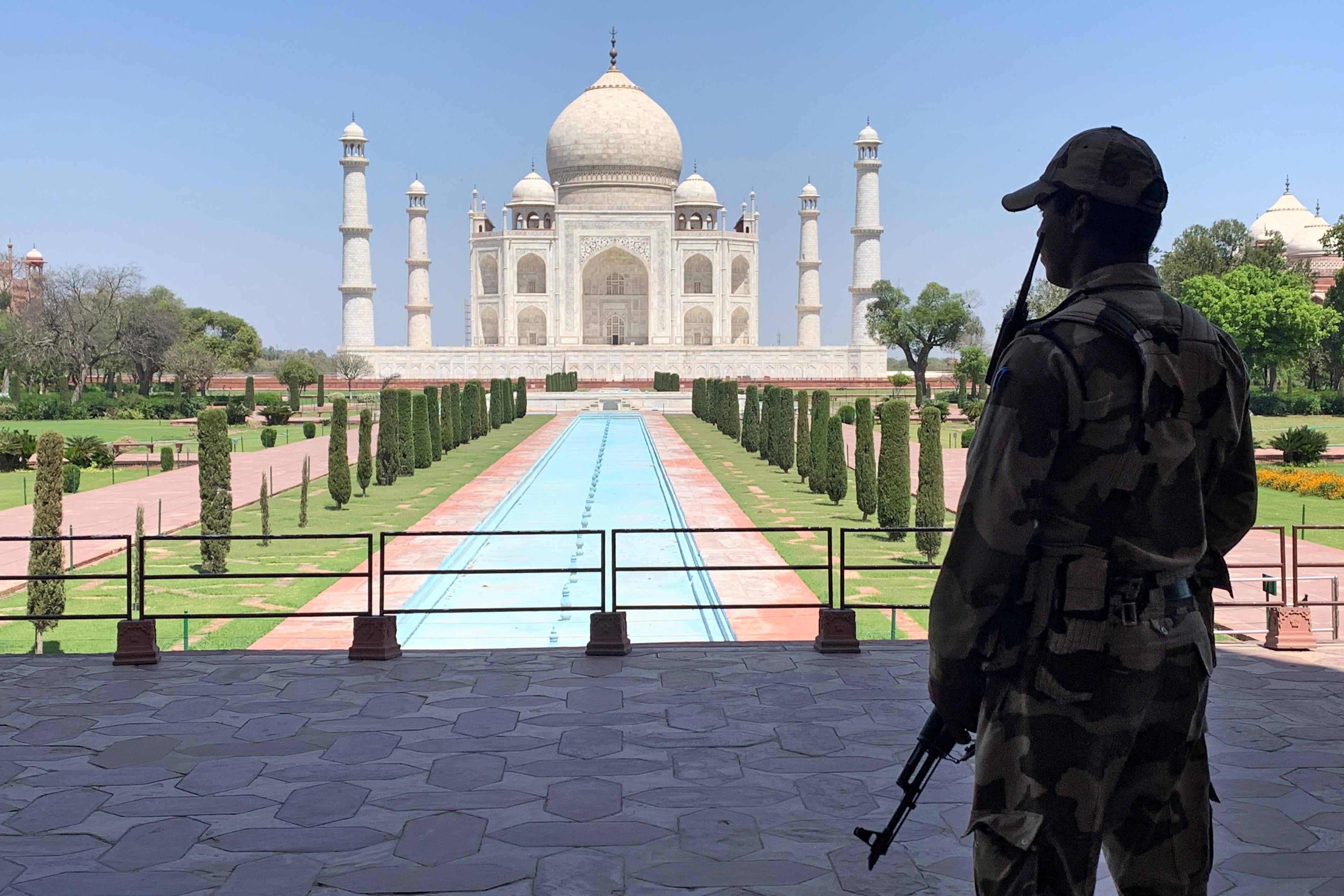 Local authorities issued a new advisory late on Sunday ordering an extension of lockdown curbs on monuments in and around Agra. The government order did not specify the duration of the lockdown for monuments that have been closed since March.

“In the interest of the public, it has been decided that opening monuments in Agra will not be advisable as of now”, the district authorities said in a notice published in Hindi.

Agra, one of India’s first big clusters of the virus, remains the worst-affected city in Uttar Pradesh, the country’s most populous state.

It was immediately not clear whether the federal government would scrap its plan to reopen other monuments across the country, such as New Delhi’s historic Red Fort.

India’s coronavirus infections are rising at the fastest pace in three months.

On Sunday, the health ministry reported a record single-day spike of 24,850 new cases and more than 600 deaths. That pushed India’s overall tally to 673,165 cases, closing in on Russia, the third-most affected country globally.

But the government has been lifting a vast lockdown of India’s 1.3 billion people that has left tens of thousands without work and shuttered businesses.

While international flights remain suspended, domestic travel has been opened up, and the government is hoping visitors will start to trickle back to some popular destinations.

Containment zones, areas identified as most affected by the virus, remain under strict lockdown, with restricted access and movement of only essential goods and services.

“We don’t expect visitors here because clusters around the Taj, including shops and hotels are closed,” a local district administration official said in Agra.