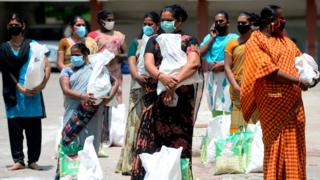 The national coronavirus lockdown in India has been extended beyond 4 May for another two weeks.

Red zones are considered hotspots, while considerable relaxations will be permitted in areas considered less dangerous.

India has been under lockdown measures since 24 March, with more than 35,000 cases confirmed nationally.

A new home ministry statement, outlining the extension until 18 May, said there had been “significant gains in the Covid-19 situation”.

But Friday saw a record number of new cases added to the nation’s official tally.

At least 1,100 are known to have died from the virus in India, but many believe the true number of infections and deaths is far higher than what has been reported.

The outbreak has caused large economic disruption across the country, with many labourers deprived of income and millions of migrant workers left stranded in economic hardship. 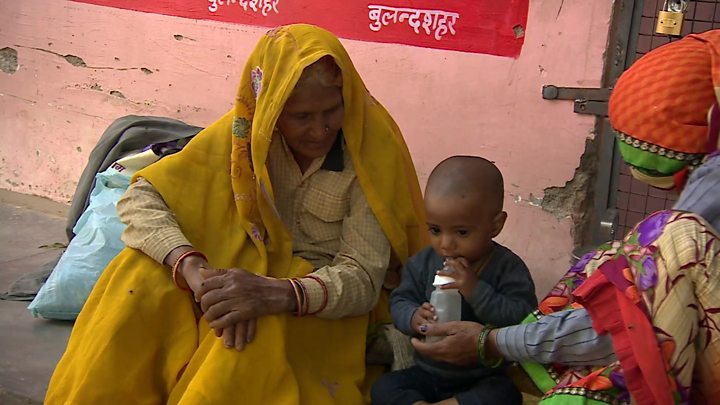 Areas will be classified as green zones if they have had no confirmed cases for 21 days, according to the guidelines.

All of India’s major metropolitan areas remain classified as red zones and will stay under strict lockdown measures.

All of the zone classifications have been described as “dynamic” and will be updated weekly, officials say.

India’s lockdown is the largest of its kind in the world, impacting a population of 1.3 billion people.

All travel by air and rail will still be prohibited under the extension, with schools, restaurants and places of worship also remaining shut nationally.

The sudden lockdown, announced by Prime Minister Narendra Modi in March, prompted millions to be stranded across the country.

On Friday some migrant labourers began to travel back to their home states on specially organised train transport.