MUMBAI/LUCKNOW, India (Reuters) – Thousands of people in overcrowded coronavirus quarantine centres in government buildings across India are complaining of poor food and sanitation and lack of social distancing, inmates and officials say. Some are trying to escape. 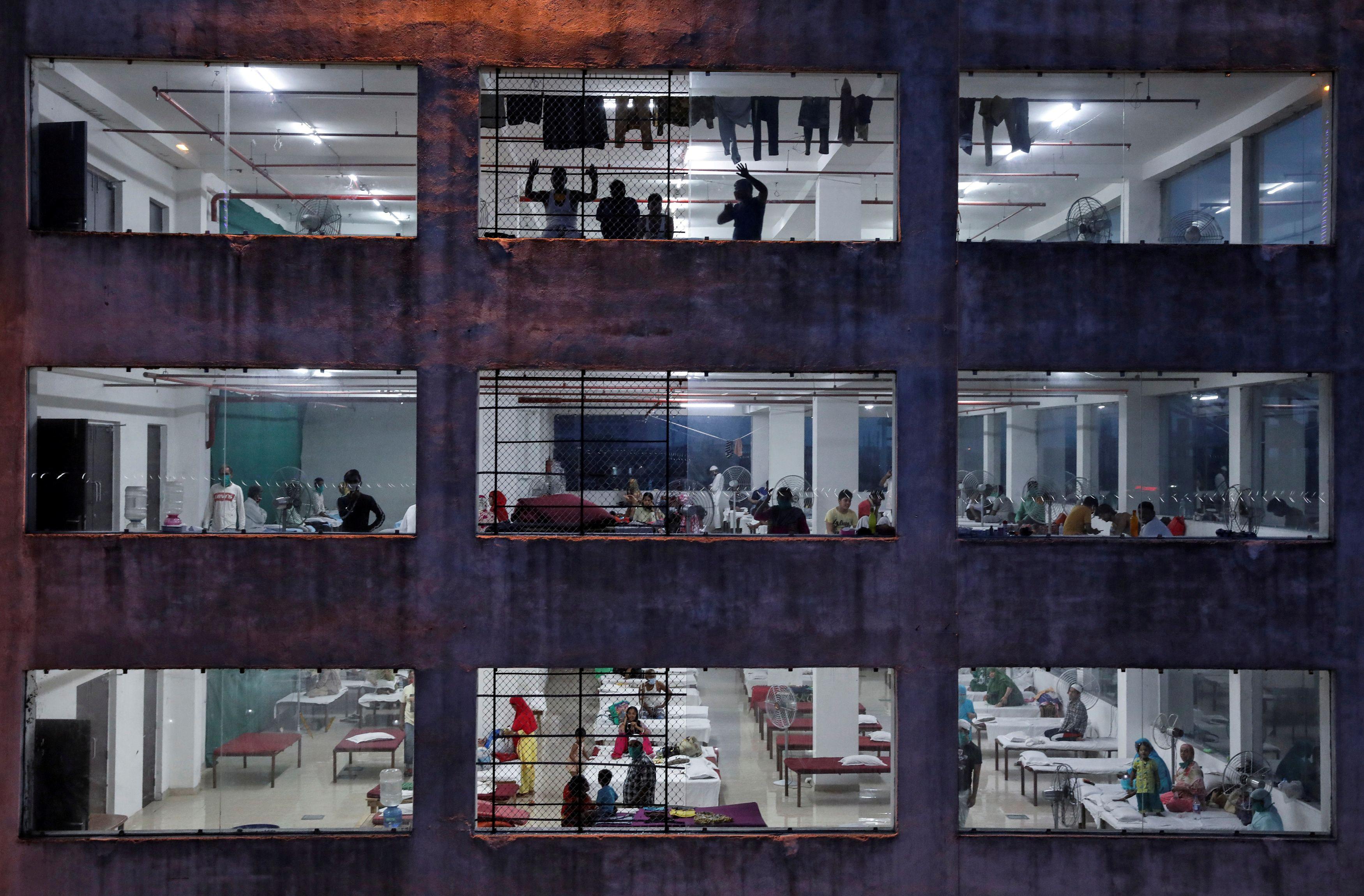 People who have tested positive but show no symptoms of COVID-19 or those who came into close contact with them or had travelled abroad were sent to the centres initially for 14 days.

But many have since been flooded with tens of thousands of migrant workers who tried to flee the big cities of Delhi, Mumbai and Ahmedabad after a lockdown announced last month sapped their earnings and they were stopped by police on their way to their home villages.

Weeks on, officials overseeing these centres say they are unable to cope.

“I have been flooded with demands – people need better beds, clean toilets … all I can tell them is ‘please adjust, please calm down’,” said Hemangi Worlikar, deputy mayor of Mumbai’s municipal corporation, which has one of the country’s highest coronavirus caseloads.

At a school in Sultanpur in Uttar Pradesh state, 25 youths clashed with staff over poor conditions and then escaped through a window, police said. They were tracked down in nearby villages and brought back.

India has reported 23,076 cases of coronavirus, according to government data on Friday, and the worry is that there could be a surge as testing is ramped up, putting further pressure on quarantine centres.

A home ministry official said there had been reports of 27 clashes in quarantine centres since April 16. “Mounting frustration and anxiety were the main causes,” the official said. “People are getting angry.”

“The complaints made by doctors were legitimate and we have now relocated doctors to a guest house,” said S.K. Sharma, a chief medical officer in Rae Bareli.

Ishita Debnath, a tailor, said she was quarantined in a community hall in the eastern city of Kolkata, one of 80 women with just two toilets available to them.

“We have been huddled like cattle here,” she told Reuters by telephone.

The government has said it is doing everything possible and that people must be patient.

“There are people here who are trying to steal items and they abuse the staff,” said a senior official in Sultanpur, who is managing a quarantine centre of 140 people.