Health ministry says 5,710 people have recovered from coronavirus, reportedly including a 103-year-old woman. 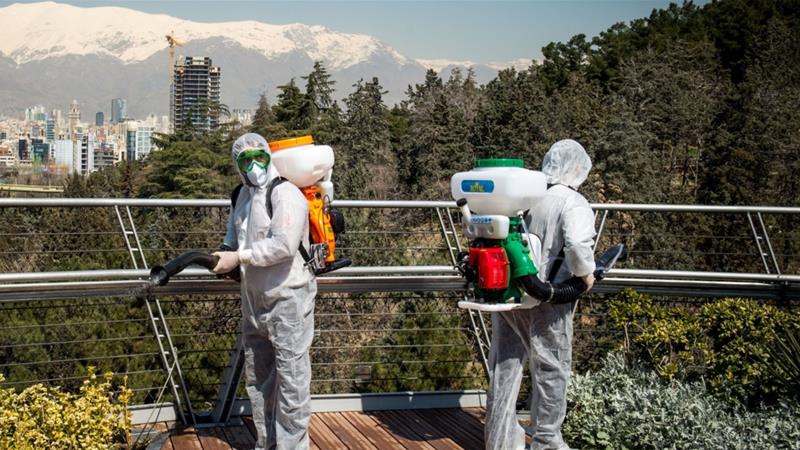 Iran said its coronavirus death toll surpassed 1,000 on Wednesday as President Hassan Rouhani defended the response of his administration, which has yet to impose a lockdown.

The COVID-19 outbreak in sanctions-hit Iran is one of the deadliest outside China, where the disease originated.

Rouhani’s government said the virus has killed 1,135 people out of 17,161 cases of infection since it first emerged in the Islamic Republic a month ago.

“Some ask why the government isn’t intervening, but I think we have intervened significantly,” the president said.

“Great things have been done [including] measures no other country has taken,” he said in televised remarks after a weekly meeting of his cabinet.

“We will get past these hard days,” added Rouhani, who was flanked by ministers wearing face masks.

The health ministry said 5,710 people had overcome the virus.

One person who recovered was a 103-year-old woman, state media reported, despite overwhelming evidence that the elderly are the most at risk.

The unnamed woman had been hospitalised in the central city of Semnan for about a week, IRNA news agency said.

But she was “discharged after making a complete recovery”, Semnan University of Medical Sciences head Navid Danayi was quoted as saying.

The report did not say how she was treated.

Iran has yet to impose any lockdowns, but officials have repeatedly called on the public to stay home for the Iranian New Year holidays starting this week.

Since it announced its first two deaths in the holy Shia city of Qom on February 19, Iran has taken a series of additional steps to contain the virus.

It has closed schools and universities until early April, as well as four key pilgrimage sites, including the Fatima Masumeh shrine in Qom.

Few officials have directly commented on why a lockdown has not been imposed.

But Tehran’s mayor has said the economy may not be able to handle the cost of doing so, especially while it is under crippling US sanctions.

“In a normal situation and a good economy, we could have imposed a lockdown,” Pirouz Hanachi was quoted as saying by Mehr news agency.

“But what comes next, like providing necessary goods or compensating for losses across Iran, is not possible, so a complete lockdown cannot be done,” he added.

The United States withdrew from a landmark nuclear deal and began reimposing punishing sanctions on Iran in 2018, blocking banking transactions and oil sales, among other sectors.

An Iranian health official said the outbreak could last longer than two more months if people keep travelling, especially during the holidays.

“Now, everyone knows about this disease, and what is very strange is that some don’t take it seriously,” Deputy Health Minister Alireza Raisi said.

“If people help, we can control it, and if not, then expect it to last more than two months.”

The deputy minister complained that in Tehran “bazaars are busy” and that people travel in their cars despite warnings not to do so.

“Just be patient for these two weeks so that, God willing, we can overcome this virus,” Raisi said.

The New Year holidays start on March 20 this year and will last until early April.

Many Iranians traditionally travel to popular spots such as the northern provinces of Mazandaran and Gilan, which are two of the worst-hit with coronavirus.

An Iranian doctor has warned “millions” could die in the Islamic Republic if people keep travelling and ignore health advisories.

But if people fail to follow any guidance, it could collapse Iran’s already-strained medical system, Eslami said.

If the “medical facilities are not sufficient, there will be four million cases, and 3.5 million people will die,” she said. 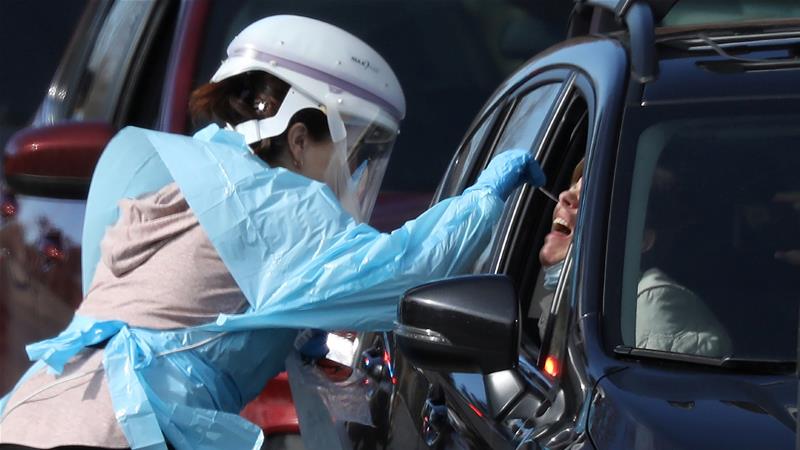 Coronavirus inaction: Could leaders have blood on their hands?