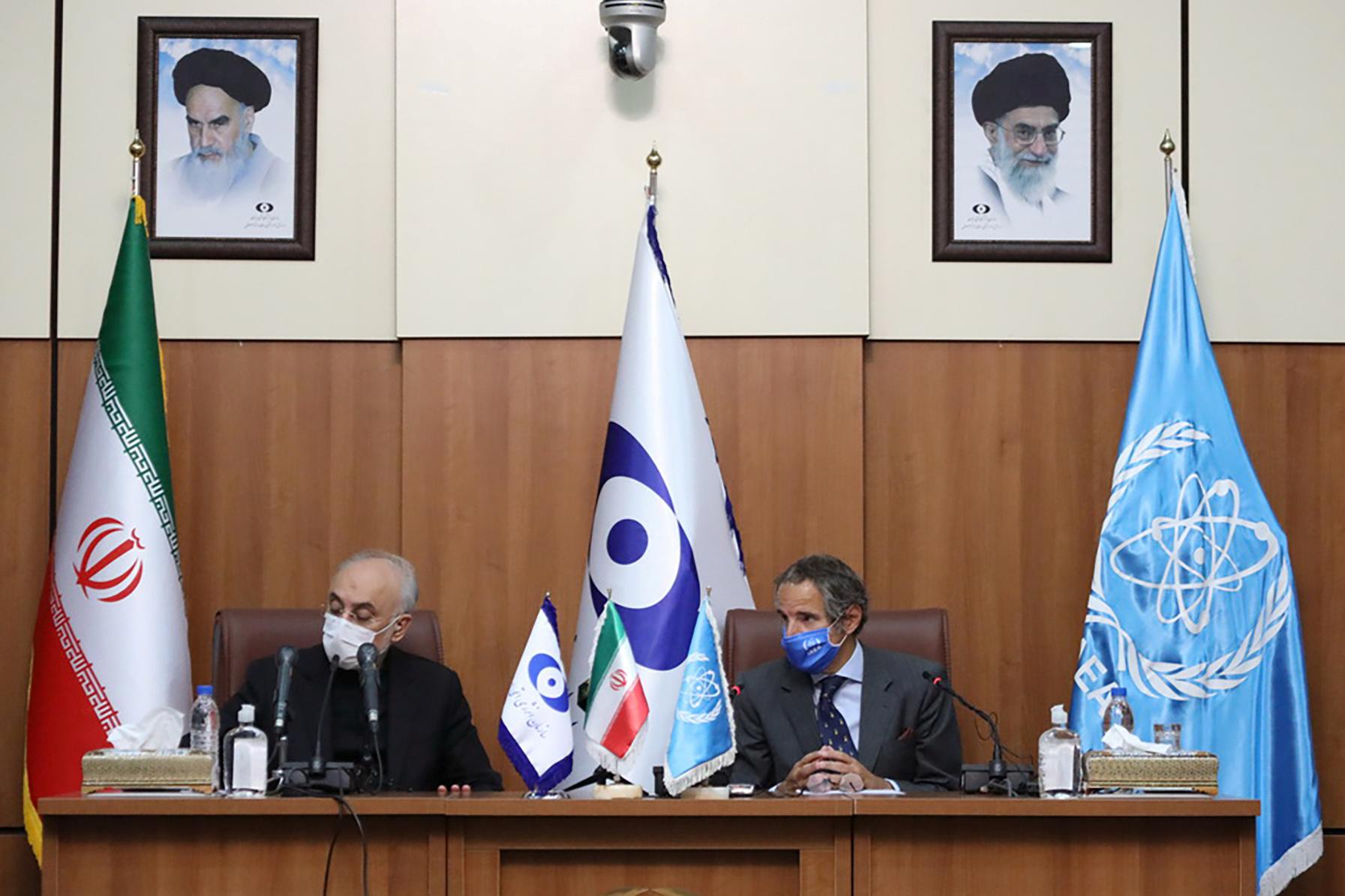 Grossi, who heads the International Atomic Energy Agency, wants Iran to let his inspectors into the sites because the agency suspects they could still host undeclared nuclear material, or traces of it.

“Our conversation today was very constructive. It was agreed that the agency will carry out its independent and professional responsibilities and Iran will fulfil its legal commitments,” said Salehi, head of Iran’s Atomic Energy Organisation, according to the Students News Agency ISNA.

“A new chapter of cooperation between Iran and the International Atomic Energy Agency will start,” said Salehi, but added that “Iran will not accept any additional demands beyond its commitments under the 2015 nuclear deal”.

“We are working on reaching an agreement on @IAEAorg’s safeguards verification activities in Iran,” Grossi tweeted after meeting Salehi, without elaborating. But some insiders said it could be a sign of Iran agreeing to grant the IAEA access to the two sites after a months-long standoff.

Iran has suggested the agency is seeking access based on the Israeli information, which it argues is inadmissible.

Washington last week pressed the U.N. Security Council to reimpose sanctions lifted under Iran’s 2015 nuclear deal with world powers, from which the United States has withdrawn.

Tehran says Grossi’s visit is unrelated to U.S. moves on sanctions and has called on the IAEA to “distance itself from political pressure by other countries”.

“There are issues that need to be addressed … this does not mean a political approach towards Iran,” Grossi said according to Iranian media.

“The IAEA will not let third countries impact its relations with any other country.”

Grossi will meet President Hassan Rouhani and other officials during his visit.