RAF typhoons, alongside coalition aircrafts, carried out a major air offensive lasting ten days in March and targeted 50-100 cave complexes in the mountains. Pilots saw a number of “secondary explosions” moments after the missile strikes as they hit explosives and ammunition hoarded by the terrorists. Air Commodore Simon Strasdin, who leads the air strikes against ISIS in Syria and Iraq, said Britain, Iraq and coalition forces must continue hunting the final pockets of Daesh fighters or they would become a “global” problem “fairly quickly”.

Air Commodore Strasdin said Daesh is on the “back foot”, hiding in caves and the 10-day operation will be the “springboard for chasing down the last remnants of Daesh”.

He added: “This is a war that ends and is winnable, and it is winnable by the Iraqis securing and stabilising this country.”

Terrorists had built walls around the caves in the Makhmur Mountain region, south-west from Erbil, in a bid to fortify them, air force chiefs revealed.

They had been holding the Iraqi Security Forces “at bay” in the mountains after being pushed back into the mountains by the ISF. Iraqi forces called in the air support amid fears they would suffer heavy casualties if they tried to fight their way through the mountains on foot. 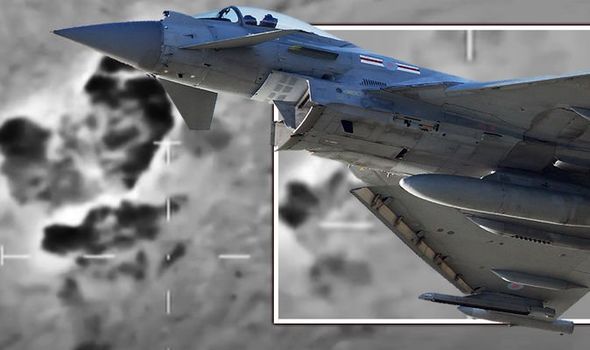 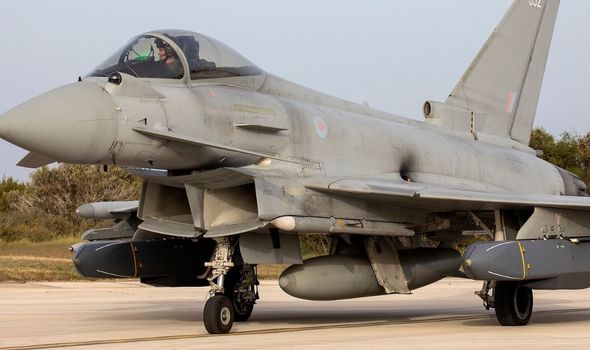 A pilot involved in the raids yesterday told how the operation has been a huge success targeting the “pockets” of fighters left in the country.

Air Commodore Strasdin, Air Officer Commander of 83 Expeditionary Air Group and the UK Air Component Commander in the Middle East, said the operation has changed drastically from targeting “an army in a field” when ISIS controlled large swathes of Iraq and Syria to the insurgency tactics where they hide in the mountains.

Asked how it would affect the war on ISIS in the future, Air Commodore Strasdin said: “Our ability to put the Iraqi Security Forces on the front foot, our ability to make Daesh turn and run will have a psychological effect on their ability to fight in the future.

“I think we will continue to see this now as the Iraqi Security Forces continue to chase Daesh down in their very final pockets. 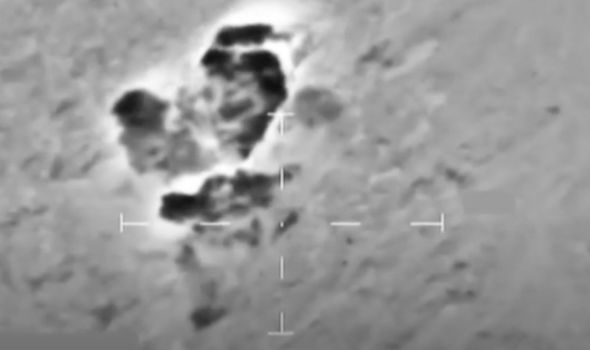 “We have been highly successful in containing them in Iraq and Syria and along with our partners on the ground and the Iraqi Security Forces, we continue to denude and deplete their ability to export terrorism.

“But if we blink or turn our backs, I have no doubt that Daesh will become a global problem fairly quickly again.”

A typhoon pilot added: “There is no safe place for small pockets to grab a foothold again.”

Describing the complexity of the operations, Air Commodore Strasdin added: “They’ve been on the run. These areas where they are are extremely remote, extremely difficult to get to, and then extremely difficult for us to secure and offer temporary havens until we can garner to be able to go after them.” 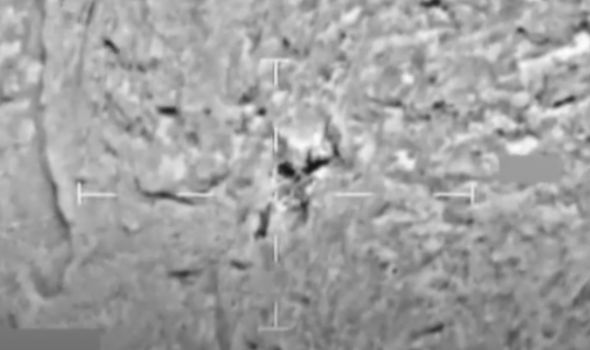 Defence Secretary Ben Wallace said: “This operation will prevent the terrorist group and its toxic ideology from regaining a foothold in Iraq and reduce its capability to coordinate attacks around the world.”

More than 10,000 ISIS terrorists are said to be at large in Iraq and Syria.

The Iraqi forces had herded ISIS fighters into a cave network in the mountains.

Defence Secretary Ben Wallace said: “The British Armed Forces, alongside our Iraqi and Coalition partners, continue to root out Daesh terrorists from where they hide.

“The UK is committed to defeating Daesh. This operation will prevent the terrorist group and its toxic ideology from regaining a foothold in Iraq and reduce its capability to coordinate attacks around the world.” 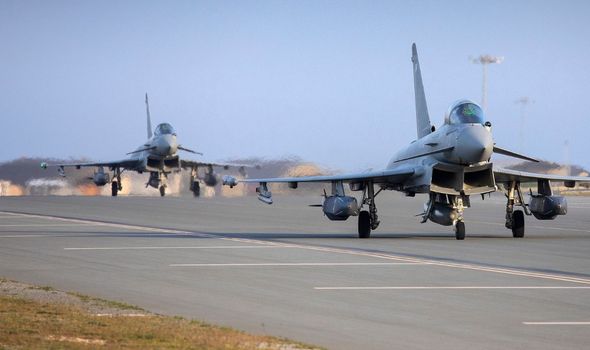 In a separate operation carried on Sunday 4 April, an RAF Reaper drone, armed with Hellfire missiles, identified a small group of Daesh terrorists in northern Syria, some fifty miles west of Al Hasakah.

Air Commodore Strasdin, added: “The Royal Air Force and the wider coalition have supported an operation led by a highly capable unit from the Iraqi Security Forces.

“Together, we are working towards defeating the remnants of Daesh and ensuring its will is depleted.

“The commitment and dedication from the personnel deployed on operations across the Middle East is simply outstanding.

“It is even more impressive that the Royal Air Force can adapt and continue to deliver air power against the enemy during a global pandemic.”