Wildfires in wooded hills outside Jerusalem sent smoke clouds billowing over the city as firefighters battled blazes which have forced hundreds to evacuate.

Planes and crews on the ground fought flames that forced the evacuation of several small communities on Sunday with the fires fuelled by winds and dry conditions after a hot summer.

Israel Fire and Rescue Service said in a statement that 45 firefighting teams accompanied by eight planes were working to contain five fires. 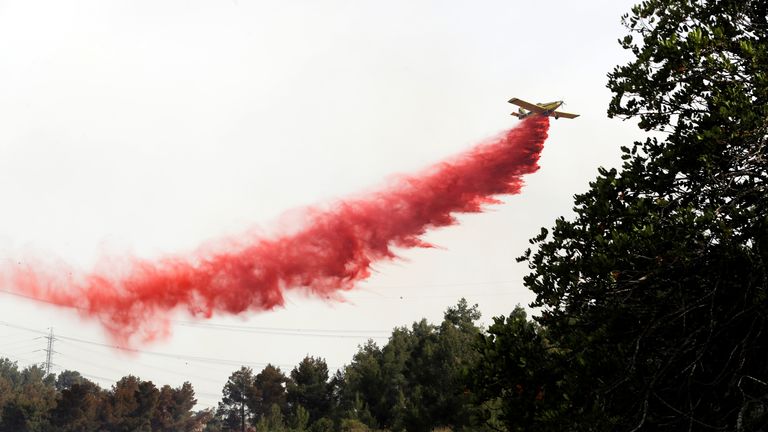 Around 6.5 square miles of forest had already been burnt, according to local media reports.

The fire sent a plume of thick black smoke to Jerusalem and the Environmental Protection Ministry warned residents of very high air pollution and advised against extended outdoor activity.

Dedi Simchi, Israel’s fire and rescue commissioner, said 12 firefighting planes were deployed along with crews from some 60 fire engines.

“I am glad to say that we managed to prevent entire communities from being burned,” Mr Simchi said hours after the fire started.

Emergency services said four villages were evacuated and Mr Simchi added they no longer faced any “critical danger”, although “there are some pockets, where homes have caught fire which we are extinguishing”. 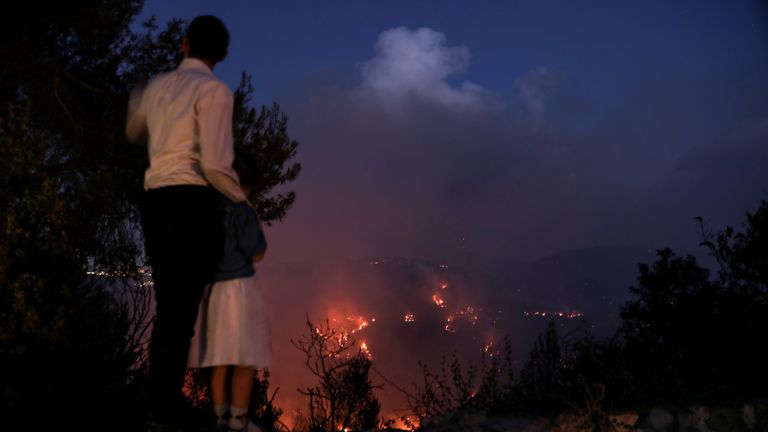 He said crews would remain deployed throughout the night and possibly over the next few days to prevent the fire from spreading, amid high temperatures and strong winds.

Investigators were still working to determine the cause of the fire.

Several countries have experienced extreme weather in the last month, including wildfires that killed 65 people in Algeria. 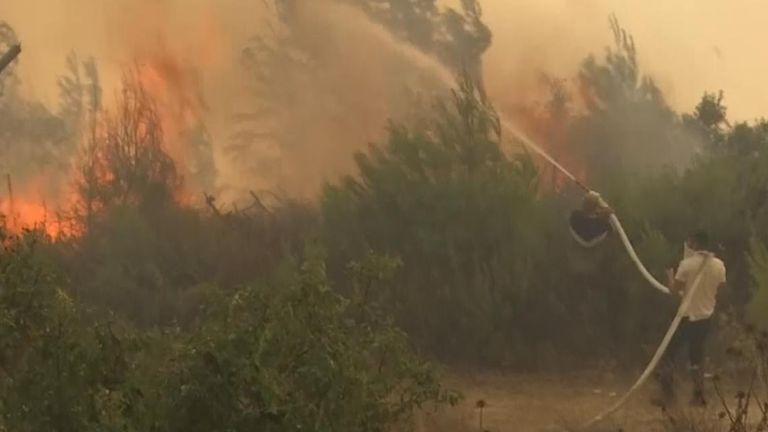 British firefighters were sent to help teams in Greece battle wildfires after thousands were evacuated earlier this month.

A volunteer firefighter was killed as the fires ravaged an island near Athens.

Massive fires also have been burning across Siberia in northern Russia for weeks, forcing the evacuation on 7 August of a dozen villages.

In all, wildfires have burned nearly 15 million acres this year in Russia.

Fires in Turkey have killed at least eight people, including a volunteer who was carrying drinking water and other refreshments to firefighters in Marmaris.

They have been described as the worst in at least a decade.

Subscribe to ClimateCast on Spotify, Apple Podcasts, or Spreaker.

Two people were killed by fires in the southern Calabria region in Italy, as Sicily declared a state of emergency to last six months.