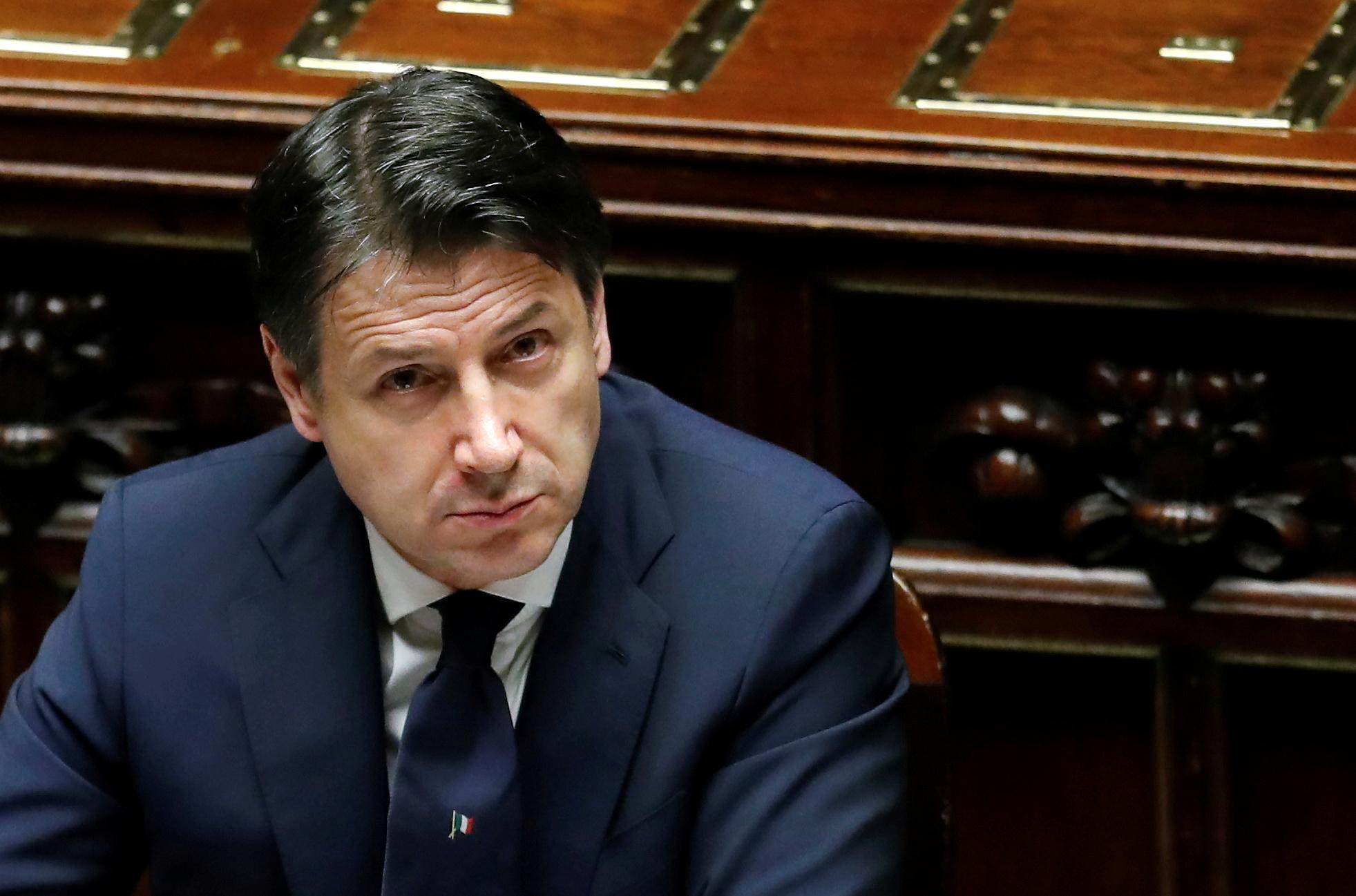 Italy has registered 27,682 coronavirus deaths, the highest tally in Europe, and has introduced some of the world’s toughest lockdown measures, which look certain to tip the fragile economy into a deep recession.

But regions run by rightist parties, which are not part of the ruling government coalition, have kicked back against plans for a gradual, nationwide easing of curbs, saying the proposed schedule, due to kick off on Monday, is too timid.

Highlighting the growing discord, Calabria, the toe of Italy’s boot, has announced that bars and restaurants in its region can reopen immediately so long as they have outdoor tables – a month ahead of the government’s proposed schedule.

In a speech to parliament, Conte said he would be willing to work with regions in future to enable them to relax measures more quickly if they had particularly low rates of infection.

“There will not be a plan based on sudden initiatives by individual local authorities, but rather one based on scientific findings,” Conte said, warning that a rapid end to curbs could fuel the contagion and lead to a surge in infections.

“I’ll say this clearly, at the risk of appearing unpopular. The government cannot immediately ensure a return to normality … we are still in this pandemic,” he said.

Autonomous moves by regions would be considered illegitimate, he added, opening the way for confrontations with regional chiefs set on defying the central government.

Conte also faced internal dissent within his own coalition, with former prime minister Matteo Renzi, who heads the small Italia Viva party, warning he would bring down the government unless it paid more attention to reviving the economy.

Renzi, whose party’s popularity has evaporated even as Conte’s own approval ratings have soared, accused the prime minister of by-passing parliament and taking too many key decisions himself — something Conte has denied.

“If you chose populism, we will not stay by your side,” Renzi said. Even though Italia Viva has nationwide support of only around 3%, it has the power to collapse the coalition and throw the country into political instability it can ill afford.

Conte acknowledged that the economy faced an unprecedented slump and confirmed the latest Treasury forecast for a contraction of 15% in the first half of the year.

Data released on Thursday showed the economy shrank by 4.7% in the first quarter from the previous three months due to the lockdown. However, the slump was slightly less pronounced than expected, with a Reuters poll forecasting a 5.0% quarterly fall. 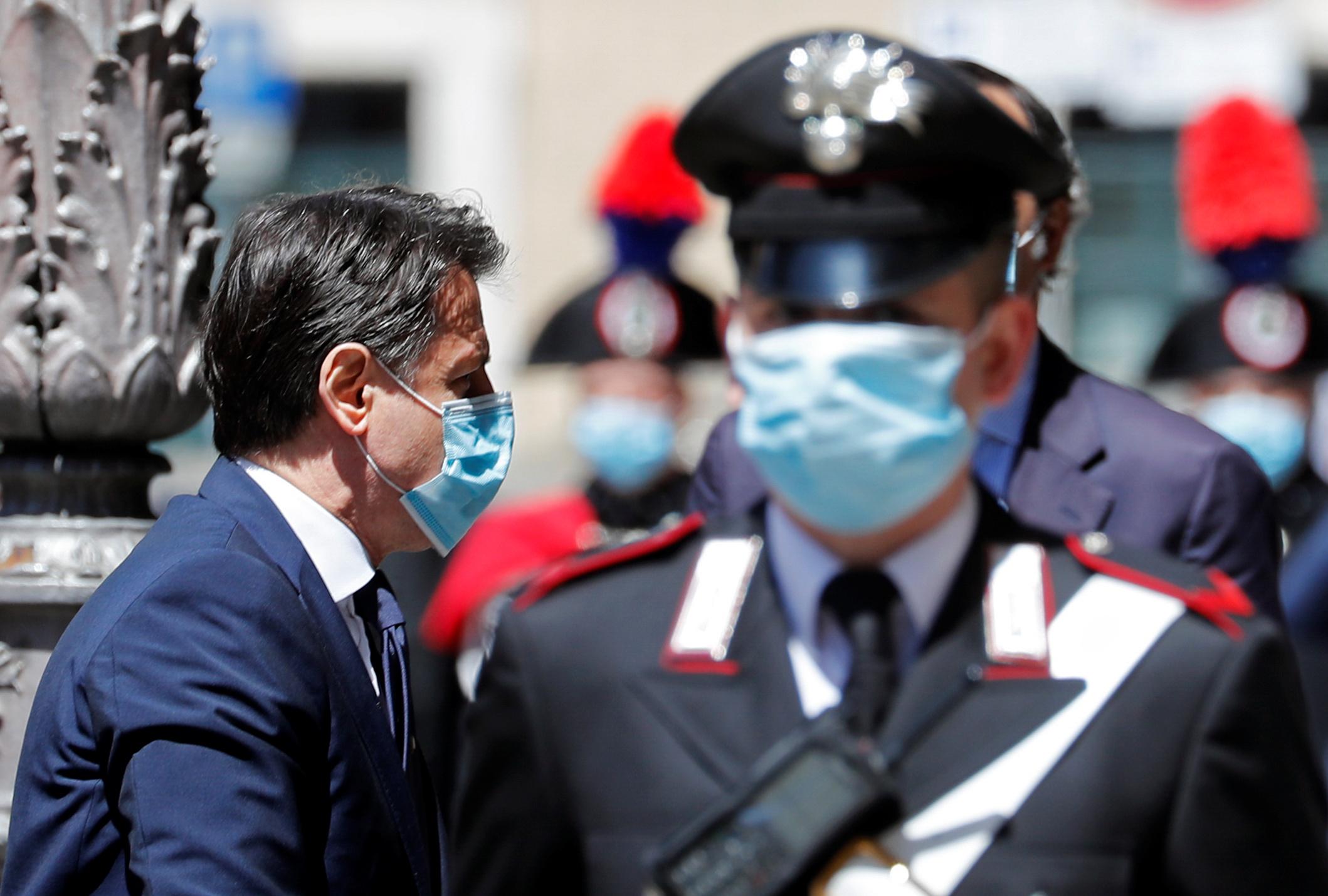 Conte said a new stimulus package to support the economy, due to be presented in a few days, would include 15 billion euros ($16.3 billion) for companies and 25 billion directly for payroll workers and the self-employed.

Looking to soothe tensions, Conte said he would consider limited reopenings of creches, infant schools and summer camps to let more parents return to work. At present, all schools are set to remain closed until at least September.

He also promised a campaign to carry out 150,000 tests on intravenous blood samples in the hope they will give a clearer picture of the spread of the virus and help inform decision-making on easing the lockdown.