Relatives of those killed when the old viaduct collapsed say the tragedy should never be forgotten. 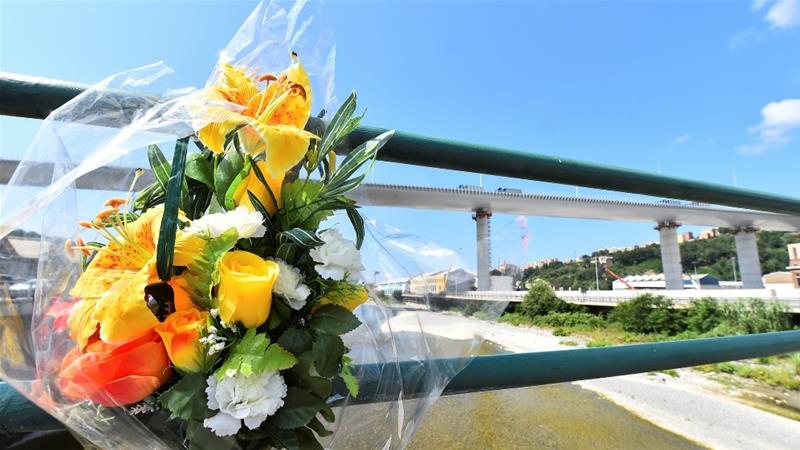 Italy inaugurates a sleek new bridge in Genoa on Monday, though relatives of the 43 people killed when the old viaduct collapsed say the pomp and ceremony risk overshadowing the tragedy.

Jets trailing the colours of the Italian flag will roar overhead as the national anthem plays, almost two years to the day after the Morandi highway gave way during heavy rain, hurling dozens of cars and several trucks onto railway tracks below.

President Sergio Mattarella will be the first to officially cross the new bridge, designed by famed Italian architect Renzo Piano, who gave it a curved, gleaming underbelly evoking the hull of a ship in tribute to Genoa’s maritime history.

The names of the victims will be read aloud – though many of their loved ones will not be present.

“We won’t be at the inauguration, we don’t want the tragedy to be transformed into a carnival,” said Egle Possetti, whose sister died in the August 14, 2018, disaster along with her husband and their two children.

“You can have this sort of big party if you knock down the bridge because it’s old, you build a new one, and no one’s died.” 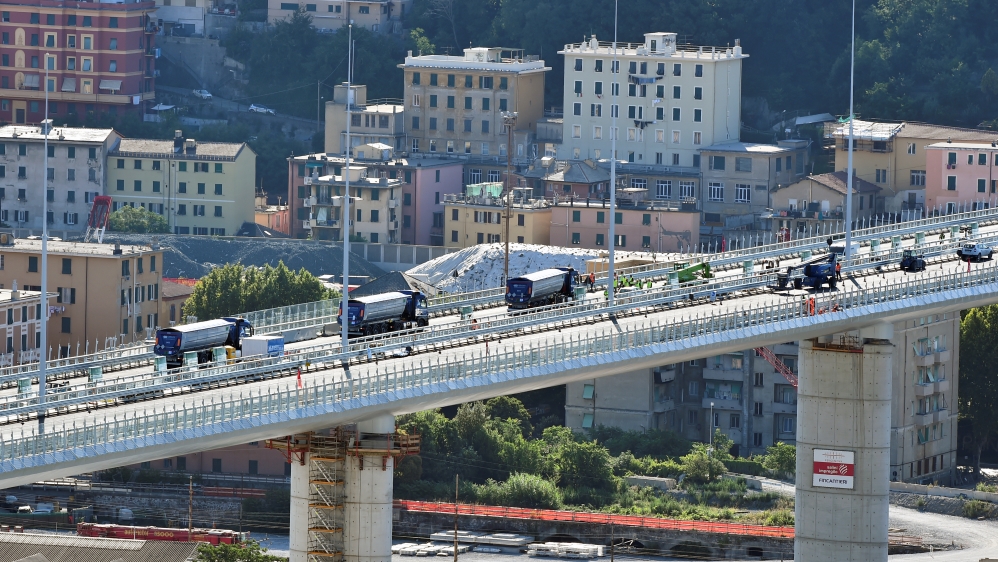 The Morandi bridge had been riddled with structural problems for decades, leading to expensive maintenance, and its collapse threw the spotlight on Italy’s creaking infrastructure.

The tragedy also ended the long-standing concession for highway maintenance held by a company majority-owned by the powerful Benetton family.

The new high-tech structure will have four maintenance robots running along its length to spot weathering or erosion, as well as a special dehumidification system to limit corrosion.

It is expected to open to traffic on Tuesday or Wednesday.

Architect Piano, a Genoa native whose building designs include the Centre Georges Pompidou in Paris and The Shard in London, has described his new creation as a “child born of tragedy”.

“It was horrific. I remember the sounds, the smells, terrible things,” said Silvano Ruffoni, one of the first paramedics on the scene when about 250 metres (820 feet) of the vast concrete structure crumbled into the void.

“We were met by such an atrocious sight. The bridge was gone. We were thunderstruck,” he said in an interview with the local daily Il Secolo XIX last week.

The new viaduct, he said, was “a sign of rebirth”.

But Possetti, who is a spokeswoman for a victims’ relatives group, said she would “never cross that bridge”.

“How could you be there and not think of everything that happened, and that destroyed your family,” she told the AFP news agency. 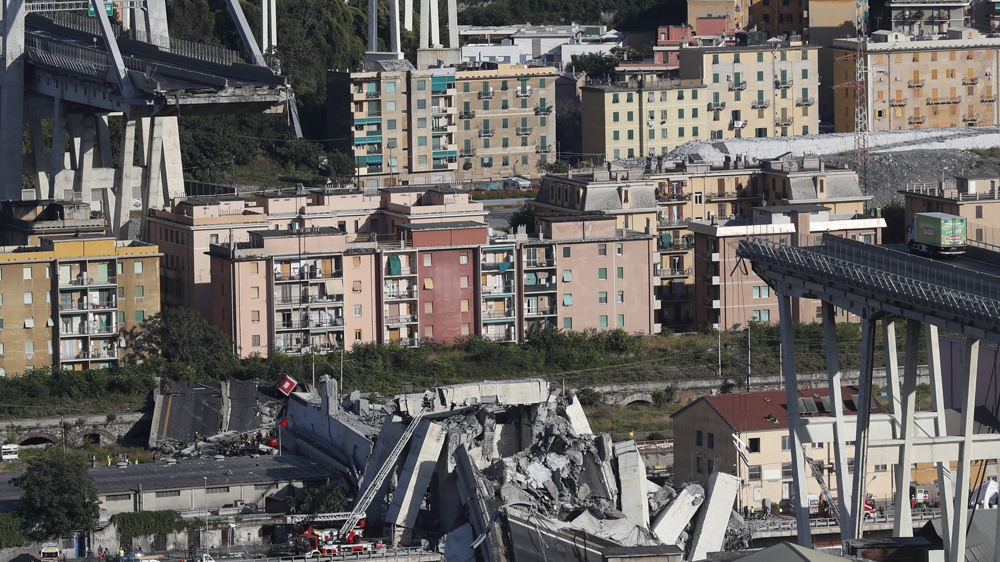 The Morandi was hailed as a marvel of engineering when it opened in 1967, but an investigation into the disaster found it had been neglected.

Autostrade, which runs almost half of Italy’s motorway network, has been accused of failing to maintain it properly, amid allegations of falsified safety reports and in-house pressure to slash maintenance costs.

Atlantia, Autostrade’s parent group, is controlled by the wealthy Benetton family, which finally bowed to pressure last month to relinquish control of its besmirched toll-road operator, which will be nationalised.

Autostrade is under investigation, along with several transport ministry officials, for culpable homicide.

The preliminary probe is due to wind up in October before a trial begins early next year, Possetti said.