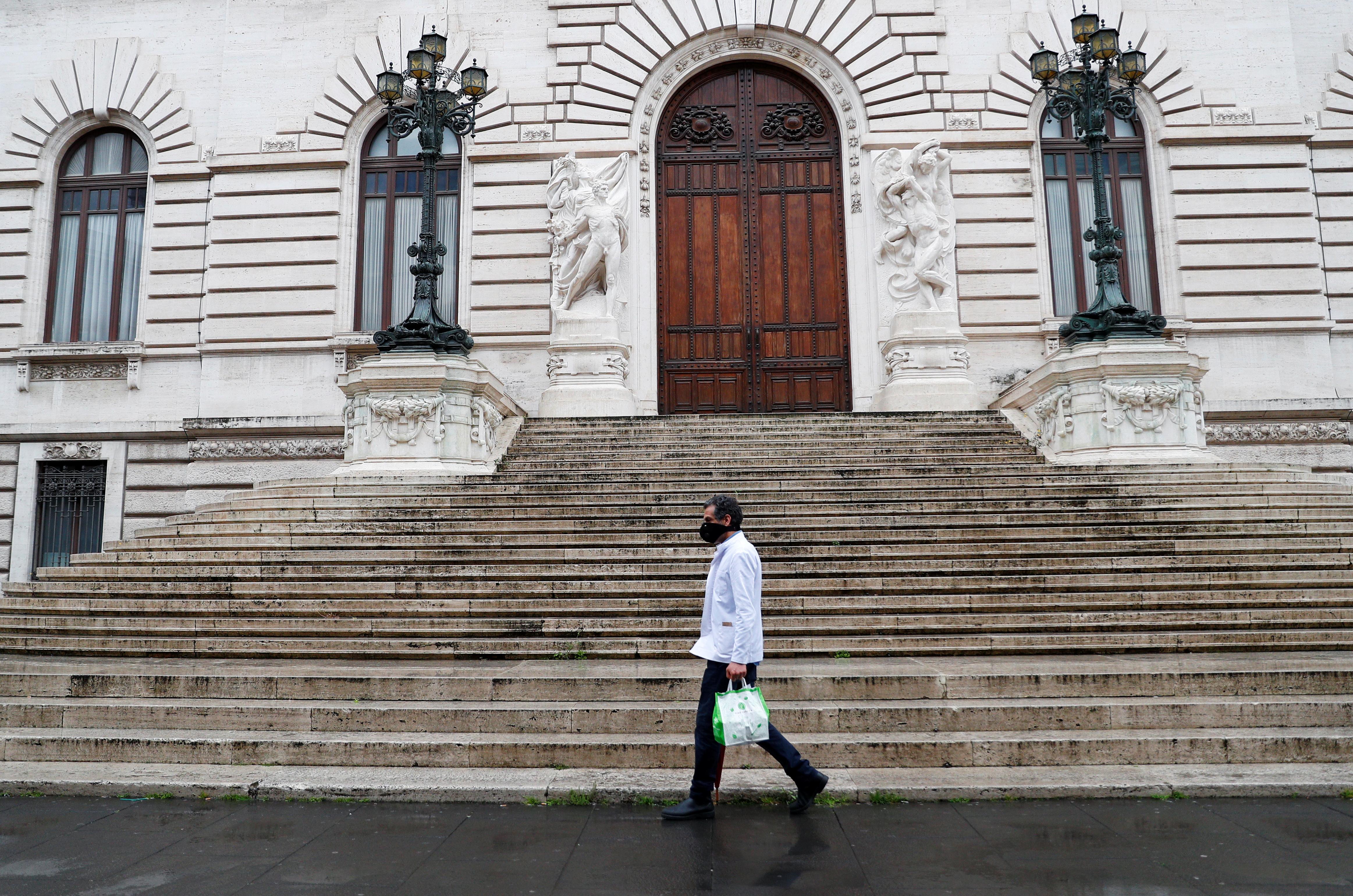 ROME (Reuters) – Deaths from the COVID-19 epidemic in Italy rose by 454 on Monday, slightly up on Sunday’s tally, while the number of new cases dropped to 2,256, the lowest level in well over a month, the Civil Protection Agency said.

The total death toll stood at 24,114, the second highest in the world after that of the United States, while the number of confirmed cases, which includes those who have fully recovered and those who have died of the disease, was 181,228.

For the first time since the outbreak came to light on Feb. 21, the number of people registered as actively carrying the illness fell to 108,237, a drop of 20 on the day before.

“The fall in the number of active cases is extremely encouraging,” Luca Richeldi, a lung expert and member of the government’s science committee, told reporters. “The death toll is the only parameter that is moving in the wrong direction.”

There were 2,573 people in intensive care on Monday against 2,635 on Sunday. Of those originally infected, 48,877 were declared recovered against 47,055 a day earlier.

New cases on Sunday totalled 3,047, while on Saturday, the figure stood at 3,491. Monday’s tally was the lowest since March 10, when the contagion was taking off across northern Italy.

By contrast, the latest daily death toll was up on Sunday’s level, when the number came in at 433, but down on Saturday’s 482.

Given current trends, Italy’s regional health observatory forecast on Monday that two of the country’s 20 regions — Basilicata and Umbria — would be registering no new cases by the end of April.

By contrast, it would take until the end of June for the worst-hit region, Lombardy, to have zero new coronavirus cases.