TOKYO (Reuters) – In a 4 1/2-minute radio speech on Aug. 15, 1945, Emperor Hirohito announced Japan’s surrender in World War Two, telling his subjects he had resolved to pave the way for peace by “enduring the unendurable”. 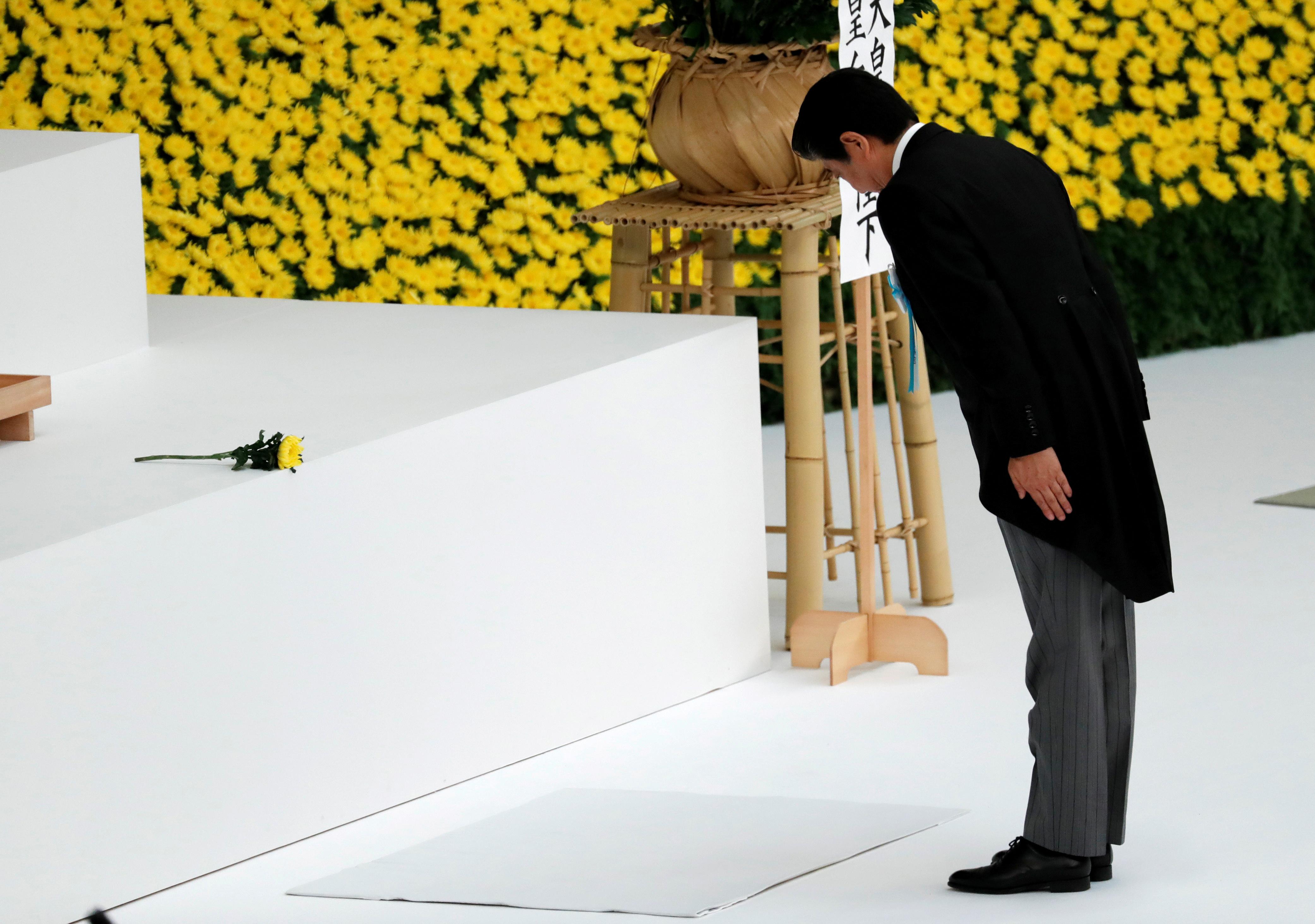 Seventy-five years later, the unresolved legacy of the conflict haunts Tokyo’s ties with China and South Korea, even as the countries cope with a COVID-19 pandemic that is forcing Japan to scale back its Aug. 15 ceremony for war dead.

In Japan, consensus over the war’s legacy is elusive.

Prime Minister Shinzo Abe has adopted a less-apologetic stance and wants to revise a post-war, pacifist constitution that conservatives see as a humiliating symbol of defeat. A majority of the public opposes altering the charter, long viewed as a breakwater against repeating past mistakes.

“The legacy of the war, the unresolved issues of historical justice and historical understanding, remain very much with us,” said Daniel Sneider, a lecturer in East Asian studies at Stanford University.

“Does time heal all wounds? Soon there will be nobody who experienced the war … Do the issues disappear?” Sneider added. “No, they don’t, because they are so wrapped up with the formation of identity in all these countries.”

Many Koreans, who mark Aug. 15 as “National Liberation Day”, still resent Japan’s 1910-1945 colonial rule, while China has bitter memories of Japan’s invasion and occupation from 1931 to 1945. It celebrates “Victory Over Japan” day on Sept. 3, one day after Tokyo’s formal surrender.

Partly because the COVID-19 pandemic dominates attention, debate over Japan’s war responsibility has been more muted than on the 70th anniversary, which Abe marked with a controversial statement.

At the time, Abe expressed “utmost grief” over the conflict but said future generations should not have to keep apologising for mistakes of the past and offered no fresh apology.

“Fear of getting drawn into military conflict continues to strongly impact public opinion while … a defensive attitude among Japan’s conservative political leaders about Japan’s actions during the war keeps them from saying and doing things that might convince their neighbours that Japan is truly repentant,” said Gerry Curtis, a Columbia University professor emeritus. “It will probably take 100 years for Japan to move out from the shadow of the Second World War.”

Disputes with Seoul over Koreans forced to work for wartime Japanese firms and “comfort women”, a euphemism for those pushed into Japan’s wartime military brothels, are still flashpoints.

A South Korea court last week said it would begin procedures to sell assets of Nippon Steel Corp (5401.T) seized after the Japanese company did not follow a 2018 order by Seoul’s Supreme Court to compensate Korean wartime workers.

Tokyo says the issue was settled by a 1965 treaty normalising ties and has threatened retaliation if the sale goes ahead. The feud between the U.S. security allies spilled over into trade and security last year.

Tokyo regards the comfort women controversy as resolved by a 2015 agreement under which Abe apologised and pledged a fund to support the survivors, but South Korean President Moon Jae-in’s government has declared the deal flawed.

Japan’s ties with China had improved ahead of a planned visit by President Xi Jinping, but the trip was postponed because of the COVID-19 outbreak.

Some Japanese ruling party members want the visit cancelled over Beijing’s clampdown on Hong Kong and its push to assert territorial claims in the East China Sea. The row over disputed islets there could flare up if Beijing, as reported by some Japanese media, this month ends a ban on its fishing vessels entering surrounding waters.

China, locked in a confrontation with the United States over human rights, trade and security, has sidelined historical spats with Japan.

“History issues have not been resolved, but they are on the back burner,” said Andrew Horvat, a visiting professor at Tokyo’s Josai International University.

Since 2013, Abe has not visited Tokyo’s Yasukuni Shrine, where wartime leaders convicted as war criminals are honoured with war dead, avoiding a potential flashpoint with Beijing.

But the risk of renewed feuds persists.

“Although decades have passed, our wounds from the war have not completely healed,” said Huang Dahui, a Japan expert at the Renmin University of China.