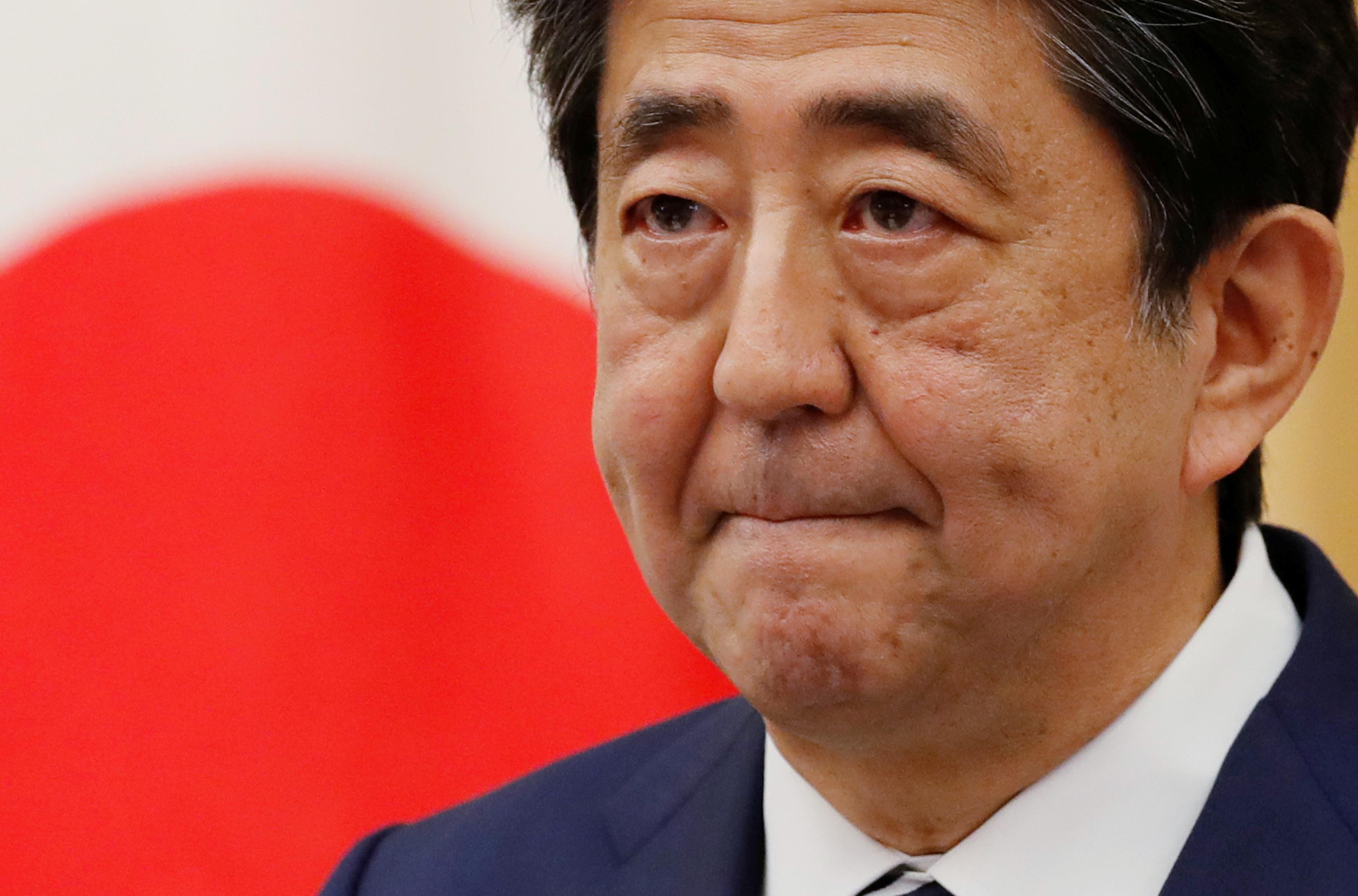 TOKYO (Reuters) – Japanese Prime Minister Shinzo Abe is planning to visit a Tokyo hospital on Monday, Yomiuri daily said, amid mounting concerns about his ability to continue as premier due to health issues and fatigue from handling the coronavirus crisis.

Citing several government and coalition sources, Yomiuri said Abe would receive the results of a medical check-up from a week ago, when he underwent an examination that lasted seven-and-a-half hours, adding to worries about his health.

“This time it’s to hear the results of the medical check-up,” an anonymous government official told the paper.

Abe, already the country’s longest-serving prime minister, was set to surpass a half-century-old record set by his great-uncle Eisaku Sato for the longest consecutive tenure as premier on Monday.

Abe, in office since 2012 in his second stint as prime minister, resigned from his first term in 2007 because of struggles with ulcerative colitis, which he now keeps under control with medication that was not previously available.

Japanese media have speculated about Abe’s health this month, including detailed reports on Abe’s walking speed. Weekly magazine Flash said Abe had vomited blood at his office on July 6. Reuters was unable to verify the report, which was refuted by government officials.

The prime minister’s office did not give a detailed explanation of his hospital visit last week, but Health Minister Katsunobu Kato, a close aide, said it was a regular check-up and he was “not at all” worried about Abe’s health.

Abe gets a regular check-up twice a year, with his most recent on June 13, Kyodo news agency said, adding that last week’s visit was a follow-up to the June check-up, citing a hospital source.

Akira Amari, another Abe confidante and chairman of the LDP’s tax panel, said that Abe, 65, could be suffering from fatigue because of his continuous work over the response to the virus.