Several EU member states have recorded a number of blood clot cases after the vaccine was administered to patients. The likes of Germany, France, Italy and Spain have all halted the use of the AstraZeneca vaccine – which was developed with Oxford University – amid growing concerns.

However, around 17million people have received the vaccine in the EU and the UK and fewer than 40 cases of blood clots have been reported as of last week.

Now, BBC Radio 2 host Jeremy Vine has lashed out at the bloc and said there would be a higher number of blood clots without the vaccine.

Mr Vine tweeted: “17 million people in Europe have had the AstraZeneca jab. 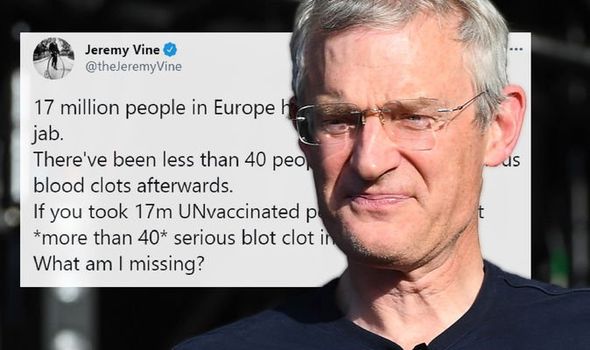 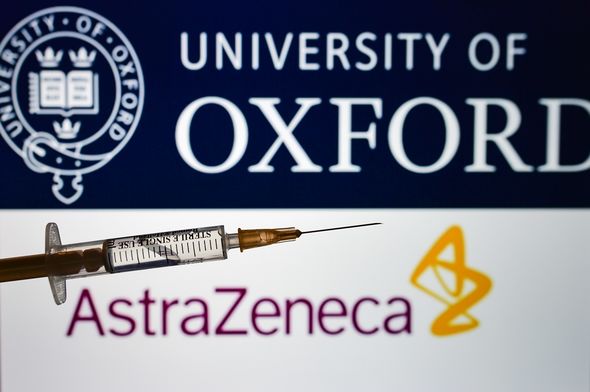 “What am I missing?”

Today, the World Health Organisation’s (WHO) vaccine safety experts will meet to discuss the jab and have urged countries to continue to administer the AstraZeneca jab.

Christian Lindmeier, WHO spokesperson, said: “As soon as WHO has gained a full understanding of these events, the findings and any unlikely changes to current recommendations will be immediately communicated to the public. 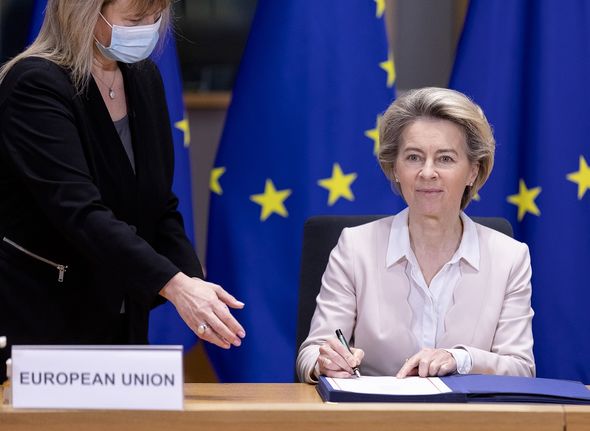 “As of today, there is no evidence that the incidents are caused by the vaccine and it is important that vaccination campaigns continue so that we can save lives and stem severe disease from the virus.”

On Monday, Germany’s health ministry announced it would halt administering the vaccine with immediate effect.

“In light of these newly reported cases, the Paul Ehrlich Institute today reevaluated the situation and recommended a suspension of vaccinations and further analysis.” 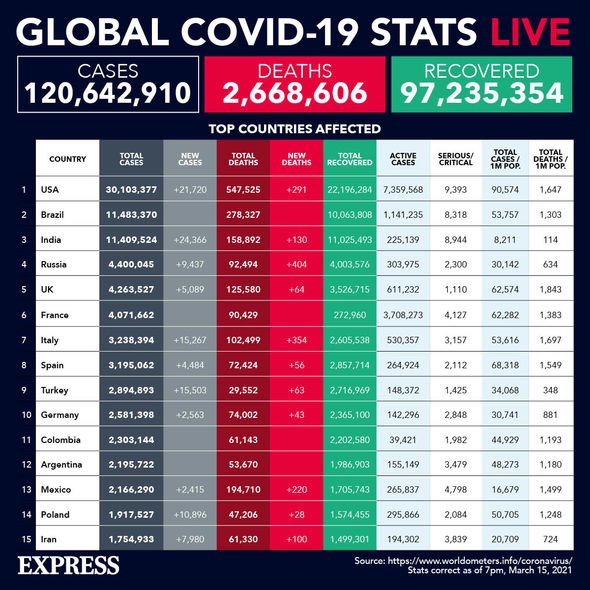 Mr Macron said: “We have a simple guide, to be informed by science and the competent health authorities and to do it as part of a European strategy.”

The use of the vaccine will also be suspended in Spain for at least two weeks, according to Spanish Health Minister Carolina Darias. 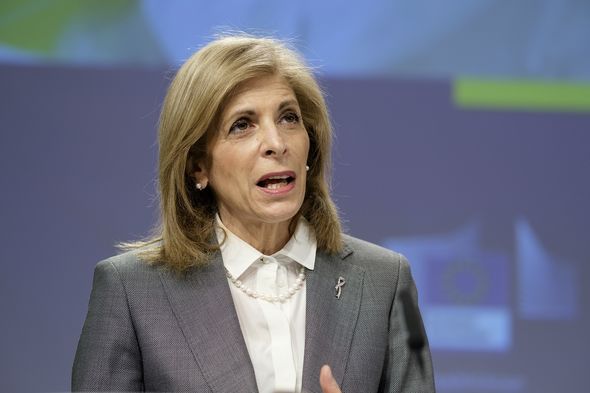 However other EU countries such as Belgium, Poland and the Czech Republic said they would continue using the vaccine.

Belgium’s Health Minister Frank Vandenbroucke said due to the high number of cases, the country could not afford to stop the vaccine rollout.

He said: “For us, the balance is clear and clear, it’s a race against time.” 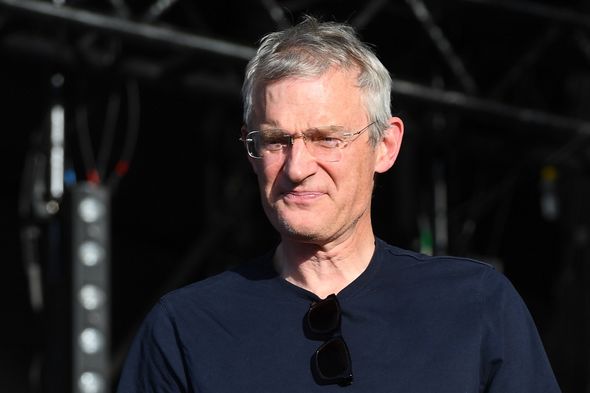 Allegations of the AstraZeneca vaccine causing blood clots have been slammed by health experts in the UK.

Professor Anthony Harnden, deputy chairman of the UK’s Joint Committee on Vaccination and Immunisation, said: “We have to remember that there are 3,000 blood clots a month on average in the general population and because we’re immunising so many people, we are bound to see blood clots at the same time as the vaccination, and that’s not because they are due to the vaccination.

“One ought to also remember that Covid causes blood clots.