The Marine Corps will be on full alert at their base in south-east DC with further regular army reinforcements on standby at nearby Fort Myer in northern Virginia over fears of a fresh attack on the capital by armed followers of Mr Trump.

Both intelligence services have reported a spike in online “chatter” among far-right and “domestic terror” groups such as Boogaloo, whose supporters have demanded a “second civil war” over Mr Trump’s bogus claims of a “stolen” election.

Across America, all 50 states have increased security, with National Guard troops in Michigan, Wisconsin, Oregon and Washington State already deployed around federal buildings and the homes of politicians. 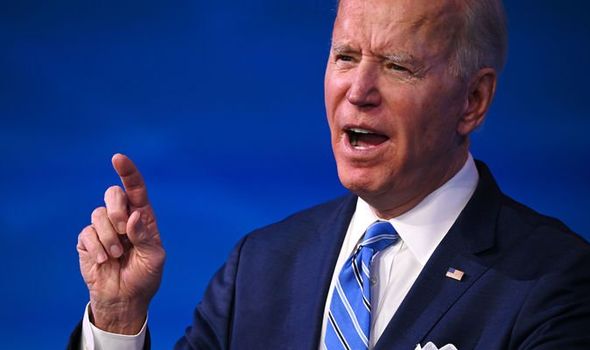 New Mexico declared a state of emergency on Friday in advance of possible weekend unrest and California Governor Gavin Newsom ordered crews to build a 6ft chain-link fence around the entire state capital building in Sacramento.

At the same time, he signed an order deploying 1,000 State troops, adding: “There will be no tolerance of violence.”

America’s Transportation Security Administration (TSA) is increasing the number of federal marshals on flights and explosive-detecting dogs at major US airports, including Washington DC, where screening officers will assist in what officials are calling a “militarised green zone”.

Yesterday’s New York Times carried a report claiming commercial airlines have tracked an increase in the number of passengers checking-in firearms at airports in the Washington area. As a result, TSA administrator David Pekoske said in a statement the agency is vetting “hundreds of names”. 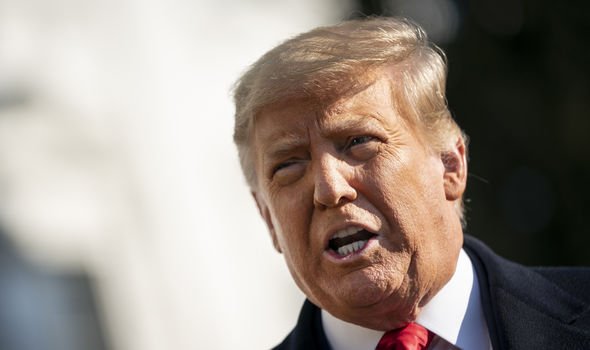 Mr Trump, meanwhile, seems certain to become the only president to face a Senate impeachment trial after leaving office, with Republican leader Mitch McConnell telling members it was “a vote of conscience”.

The Capitol riot took place after Trump repeatedly made false claims that the election had been stolen and urged his supporters to fight back.

A two-thirds Senate majority will be needed to convict Trump, who has vowed to boycott Wednesday’s inauguration.

He has still not yet formally conceded to Mr Biden, and remains almost completely out of public view.

He is reportedly preparing a number of presidential pardons – including a possible self-pardon for himself, which is being described by legal experts as a course of “untested and dubious constitutionality”.