President-elect Joe Biden has pledged to re-enter the US into the Paris Climate Agreement, which President Donald Trump formally withdrew the US from on November 4. Joe Biden will be formally sworn in as President in January 2021, following the vote certifications declaring him victor earlier this month. And Mr Biden has indicated he will bring the US back into the Paris Climate Agreement as early as February 2021.

The Paris Agreement is an international treaty on climate change, and was adopted by 196 nations in December 2015, which aims to limit global warming to well below 2C, but preferably 1.5C compared to pre-industrial levels.

The agreement signals a global effort to combat climate change, and nations party to the agreement have pledged to undertake ambitious plans to reduce greenhouse gas emissions as soon as possible to reach net zero emissions by 2050.

As well as rejoining the Paris Agreement, Mr Biden wants to spend $2trillion on his climate plan over four years to drive down emissions.

Mr Biden’s plans include upgrading millions of buildings to make them more energy efficient, as well as significant investment in public transport and electric vehicle manufacturing. 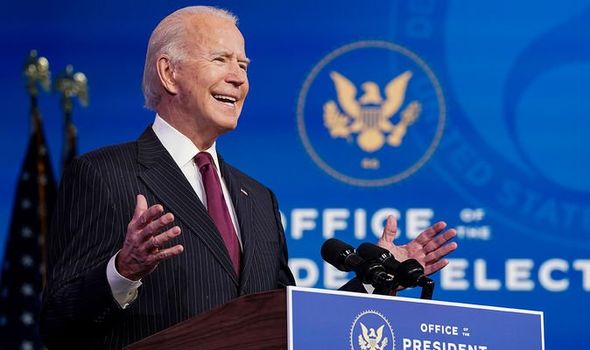 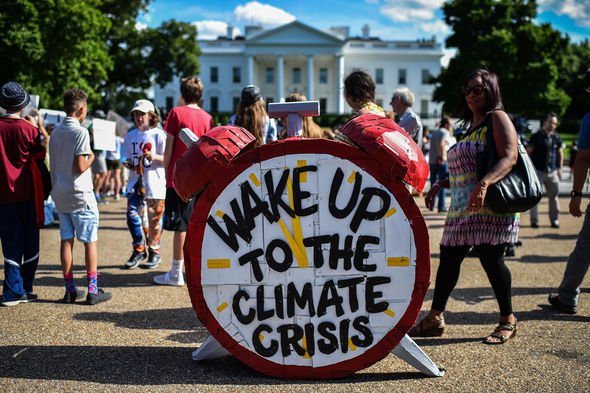 What does the US rejoining the Paris agreement mean for climate change?

By pledging to rejoin the US to the Paris Climate Agreement, Mr Biden has already made it clear tackling climate change will be a priority during his presidency.

And as the US is the second-largest producer of greenhouse gases, the nation’s rejoining of the climate agreement could have a very significant effect on the future climate change.

Pooja Khosla, PhD, Vice President Client Development at Entelligent told Express.co.uk: “Now as the world marks the fifth anniversary of the adoption of the landmark Paris Agreement on climate change, a promising movement for carbon neutrality is taking shape.

“By January 2021 countries including the United States, representing more than 65 percent of harmful greenhouse gases and more than 70 percent of the world economy, will have committed to achieve net zero emissions 2050. 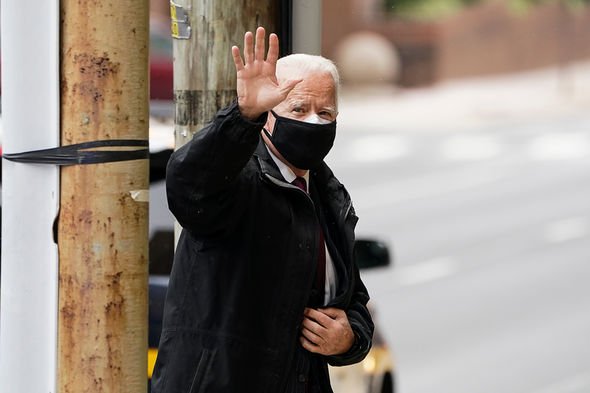 “The Biden leadership of the climate change era marks its presence by a robust two-fold change on the US policy front.

“First, the upcoming US presidency has promised and indicated to sign executive orders on his first day in office.

“This supposedly will put America right on the track towards net-zero emissions by 2050 and a 100 percent clean energy economy.

“Second, the Federal Reserve Board announced on 15 December that it has formally joined the Network of Central Banks and Supervisors for Greening the Financial System.

“This is a big step forward as this network is responsible for supporting research, ideas and above all development of best practices related to setting targets and measurement standards for the financial sector in managing climate risk.

“With these two changes on the policy front right from next month, we will see stronger climate commitments both from investors and corporations in the coming years.

“The motivation of climate risk mitigation is not new to US investors and corporations, the force from policy will just accelerate the speed of change.” 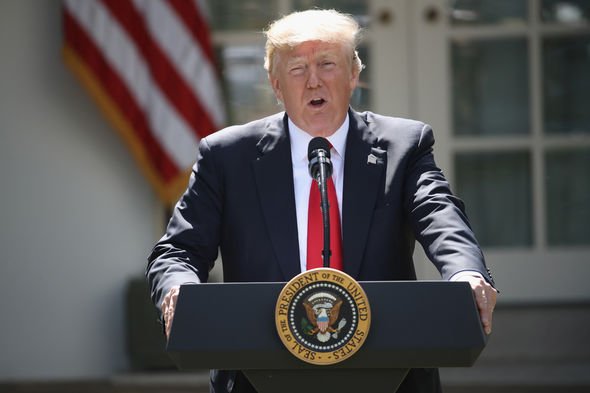 How will Joe Biden implement his new climate policies?

Rejoining the US to the Paris Climate Agreement signals the start of the US’ return to the global policy stage.

While Mr Trump largely governed on an “America First” foreign policy, Mr Biden stated when he won the election in November that the US is “going to be back in the game”.

Although Joe Biden has signalled his support for climate change resolutions with a number of proposed policies, the new president is likely to face some obstacles in implementing them.

Director for Country Analysis at The Economist Intelligence Unit, John Ferguson, told Express.co.uk: “A renewed focus on climate policy from the incoming Biden administration is very much to be welcomed. 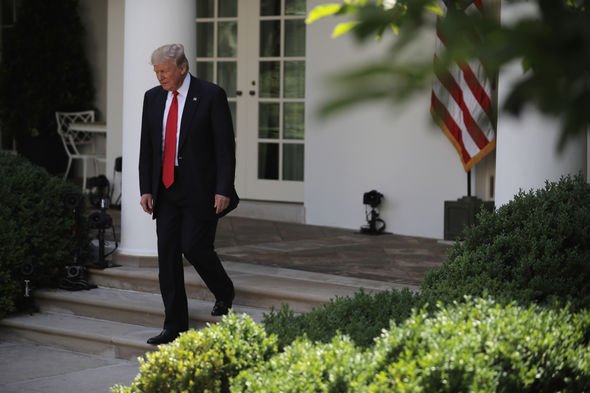 “The longer that the world delays action on climate change, the bigger the economic and environmental impact will be.

“Fortunately, there is real momentum in the push to combat climate change, so the return of the US to this policy space is very timely.

“Without the control of the senate, however, some of the new administration’s plans may be watered down.

“Nonetheless, given that many US states and businesses had kept moving in this direction during the Trump presidency, having broad alignment at the national level is a major positive.

“What we must also watch are accompanying policies aimed at supporting states and workers through the transition to a more sustainable economy.

“Similar to the trade shock that many US states experienced in the last 20 years, the move to a greener economy will not be without losers in the process.

“The European Union’s just transition fund is a step in the right direction – similar policies in the US will ensure that much-needed sustainability policies are also politically sustainable in the coming decades.”

Randeep Somel, manager of the M&G Climate Solutions Fund, also highlighted how Biden will not have the advantage of Democrat support in both houses.

He said: “There was no ‘blue wave’, a Democrat clean sweep of both the executive and two houses of the legislator, so Biden will need Republican support to enact legislation.

“This will not be easy but, having spent 47 years in politics and most of that time in the US Senate, Biden has a history of striking bi-partisan deals and enacting legislation.

“There is also a great deal a President can do without enacted legislation through the senate.

“Returning to science-based policymaking would be a big first step, and a taskforce has already identified 56 policy improvements on climate and energy that do not need Congressional approval.”