Joe Biden is on a near-certain course to take the Democratic nominee for the 2020 Presidential election. While he is currently the only candidate in contention for the position, Mr Biden has not yet secured the official nomination. The DNC will confirm him later this year, alongside any prospective running mate he chooses.

Who will Joe Biden pick for VP?

Mr Biden has to navigate public and private preference when it comes to choosing a Vice President.

Barack Obama’s former VP has drawn up a shortlist of people he would like to pick.

Experts have noted he is angling for a progressive woman of colour to join him given the current shift in racial consciousness, a decision which could show he is prepared to make real change to the American way of life. 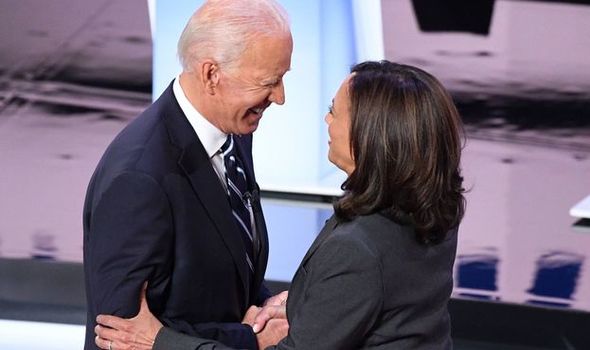 The Senator for California stood alongside Mr Biden while Democratic figures jostled for the party’s nomination earlier this year.

She dropped out of the race in December 2019 citing a lack of funds but enjoyed a surge in early support, and she clashed with Mr Biden in on-stage debates as they curried favour of DNC voters.

Ms Harris has spent time in both executive and legislative roles as Attorney General and Senator respectively, providing a valuable skill set to Mr Biden.

While not as well known as Kamala Harris, the Congresswoman has split her time between Sacramento and Washington DC.

Former Los Angeles Mayor Antonio Villaraigosa has piled praise on the potential VP, saying she has “been involved in building coalitions across racial and ethnic lines since we were kids”.

She has also signalled support for Kamala Harris, however, saying the junior Senator “is an example of a unifying figure.”

Susan Rice is one of few prospective VP nominees who has spoken out about her potential for the position.

In an interview this week she said she was “honoured and humbled” to have a place on Mr Biden’s shortlist.

She signalled her willingness to serve for her country in an interview with NPR’s Morning Edition, saying: “I think I could bring my experience of almost now 20 years in the senior levels of the executive branch to bear to help tackle the most pressing problems we face.

The two-time Democrat administration veteran and former White Houe Security Adviser added: “I’ve been blessed to have served already at the highest levels.

“But if at a time when we are suffering domestically and internationally, people with skills and experience are asked to come back, my judgment is they should say yes, even if it may not be the best thing for them personally.”

The Democratic Senator for Massachusetts was another shortlister who clashed with Joe Biden on stage during the nomination stage.

She secured the most votes behind Mr Biden’s immediate competition of Bernie Sanders, with 63 to his 1,073.

Pundits have tipped her as either Treasury Secretary or VP, as she commands vast legislative and popular political knowledge.

She is also personally close to Mr Biden and stands for profound reform, something the public is demanding in the wake of the coronavirus crisis and terse police-public relations.