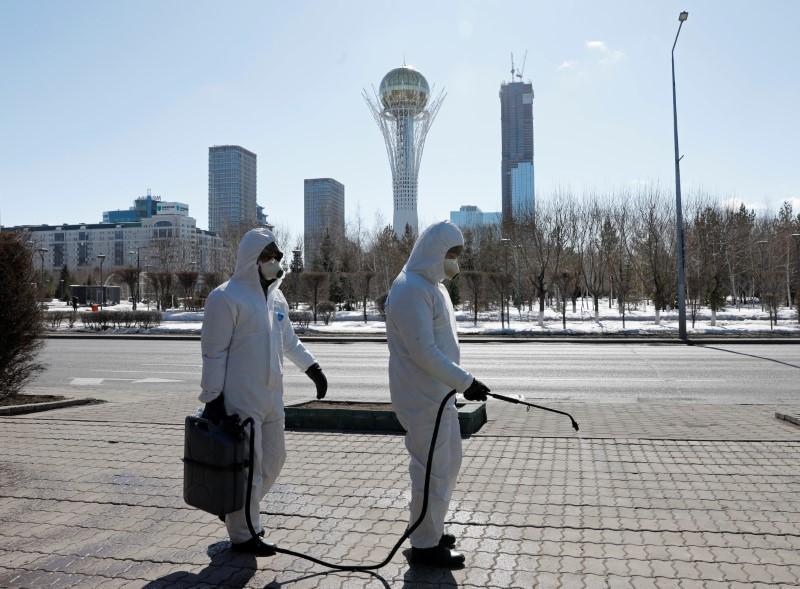 ALMATY (Reuters) – Kazakhstan’s tally of coronavirus infections rose to 79 on Wednesday, boosted by new cases in its southernmost and northernmost provinces, despite authorities’ efforts to confine the disease to two major cities.

Among those who tested positive were one each in Shymkent, the biggest southern city, the southern province of Zhambyl, and the province of North Kazakhstan bordering Russia.

One had recently arrived from neighboring Kyrgyzstan, while another returned from the Russian city of Omsk, authorities in the oil-exporting Central Asian nation said.

Last week, Kazakhstan declared a state of emergency and locked down its capital, Nur-Sultan, and the biggest city of Almaty, which together account for a vast majority of cases, in a bid to curb spread of the disease.

While it has closed its borders to foreigners, it is allowing Kazakh citizens to return.