A couple in India arrived at their wedding in unusual style by floating through the flooded streets in a large cooking pot after heavy rain hit the southern state of Kerala.

Footage shared on social media showed the pair in the metal vessel, accompanied by two men wading through a flooded street, along with a photographer.

The bride and groom were scheduled to be married at the Thalavadi Panayannoorkavu Devi temple in Alappuzha on Monday, according to a report by state news agency ANI. 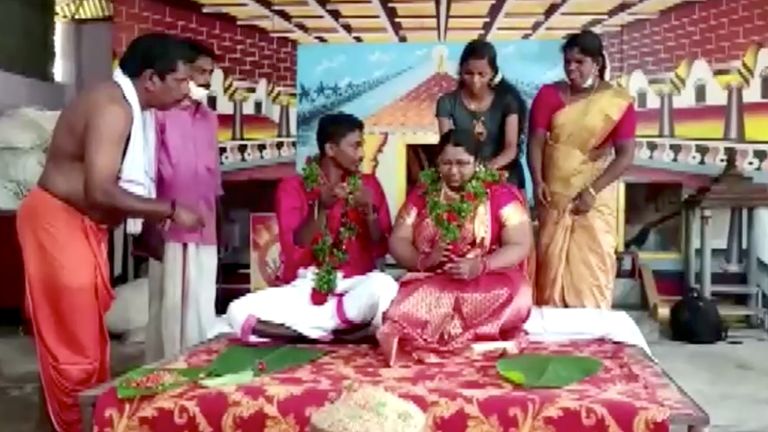 However, heavy rainfall that has lashed the area recently caused the roads to flood, forcing them to find another form of transport for their big day.

The newlyweds were identified by local media as health workers in Chengannur – a municipality in the Alappuzha district of Kerala.

They were married in a Hindu ritual with only a small number of guests.

The floodwater lapped up at the edge of the building during the ceremony. 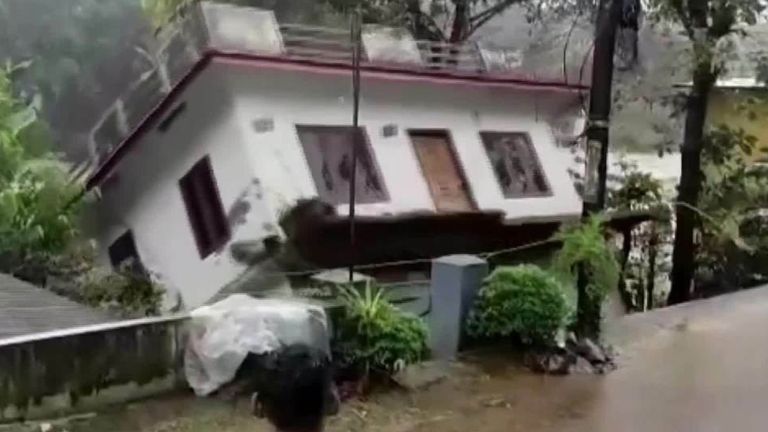 At least 28 people have been killed in flash floods and landslides caused by the heavy rain which began last week.

Since then swollen rivers have destroyed bridges, while vehicles and homes have been swept away.

Officials said more than 9,000 people have taken shelter in around 200 camps that have been set up across the state.

The country’s Meteorological Department warned on Monday that new rain-bearing winds would hit the region from Wednesday, and forecast more rainfall across several northern and eastern Indian states.

In 2018, Kerala suffered catastrophic floods when heavy downpours during the monsoon season killed at least 400 people and displaced around 200,000.