Some believe that Kim Jong-un is set to ruthlessly axe many within his inner circle after rumours about his supposed death in April cast questions upon their loyalty. This emerged after theories circulated that “botched” heart surgery to fit a stent had killed the North Korean leader last week. Comments were made by state officials stating that he was “gravely ill” and could no longer walk, with some even suggesting he was dead. The claims were compounded even further by the fact that the dictator had not been seen for nearly three weeks. But on Friday (May 1), Kim Jong-un re-emerged and was photographed at a ribbon-cutting ceremony for a fertiliser factory in Sunchon. Many have since speculated that his absence from the public eye was deliberate and a “test” to see if any officials would try to usurp him. Trust issues appear to have plagued the leader’s nine-year reign so far, with it claimed that he purged 340 officials during the first half of his time in office, according to South Korea. And unearthed accounts reveal tales from a man, once considered a loyal subject of the secretive state and its leaders. He is Kenji Fujimoto, a Japanese sushi master who served the first family and was the “playmate” of the future “lonely” leader for over a decade. Before fleeing for his life in 2001, he made a touching vow to Kim Jong-un that he would return to North Korea – a promise, which despite risk to his personal safety, the whistleblower astonishingly kept.

To this day, there is very little known about North Korea due to the nation’s highly secretive operations, isolation from the western world and censored news that only allows propaganda to leave the state.

Prior to the insider information from Mr Fujimoto, the majority of what was known about the nation was from satellite photographs, and hard to substantiate stories from defectors.

Even Kim Jong-un’s date of birth was a closely guarded secret that was only revealed because of the chef’s accounts.

Mr Fujimoto was hired by the now-deceased leader Kim Jong-il in 1988, who was selected because of the head’s “insatiable appetite” for sushi.

While serving the nation’s reigning family, he was tasked with cooking their meals and being the “playmate” of future leader Kim Jong-un – only referred to as “Prince” back then.

The sushi master described his fear while first meeting Kim Jong-un, in his 2003 memoir ‘I Was Kim Jong-il’s Cook’. 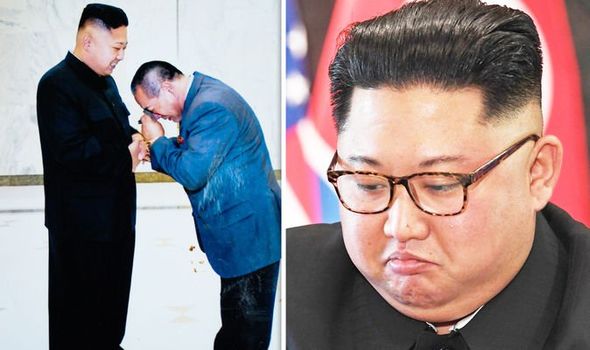 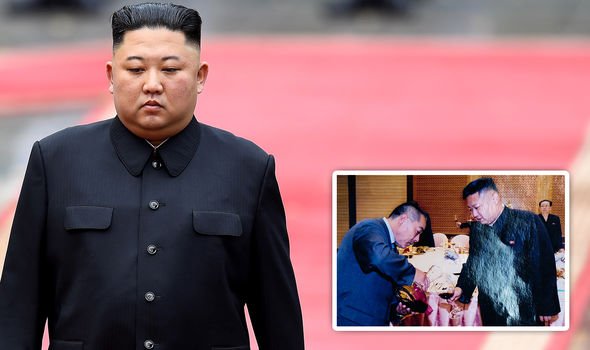 He wrote: “I cannot forget the look in the Prince’s eyes. It’s as if he was thinking, ‘This guy is a despicable Japanese’.”

But the pair spent a lot of time together, bonding from when the child was seven until he turned 18 years old, when they listened to music by Whitney Houston, caught fish and flew kites.

During his stint with the Kims, he was flown to a number of different countries to source the most expensive alcohol and food to satisfy the then-leader’s extravagant tastes.

Mr Fujimoto was regularly sent to Singapore for fruit, Russia or Iran for caviar and to his home nation Japan for Sushi.

This came at a time when many citizens of North Korea were suffering in absolute poverty and many were starving to death.

As time passed, the chef began to fear for his life as he believe Kim Jong-il’s secret service was spying on him 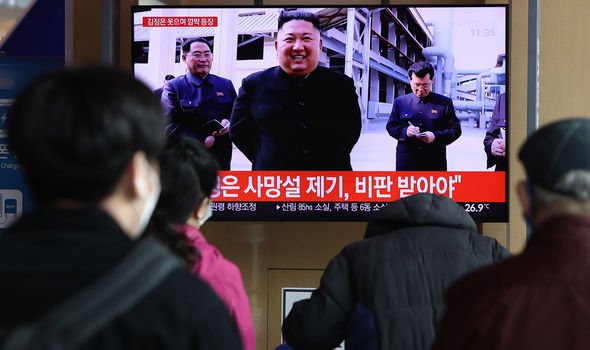 During his time, Mr Fujiomto had considered fleeing his oppressive captors multiple times – but knew he would never be allowed to leave of his own accord.

Shortly before he successfully fled from the secretive state in 2001, he devised a clever plan to buy him more time on the run.

He showed Kim Jong-il a videotape of a sea urchin dish from a Japanese television show and promised to cook it for him if he could source the ingredients.

The leader considered it a “great idea” and encouraged him to “go for it”. But little did he know his personal sushi chef would never return.

Shortly before he escaped, Mr Fujimoto had a private moment with future successor Kim Jong-un where he made a heartbreaking promise. 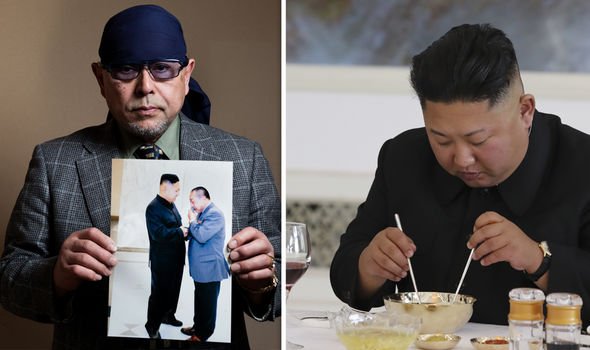 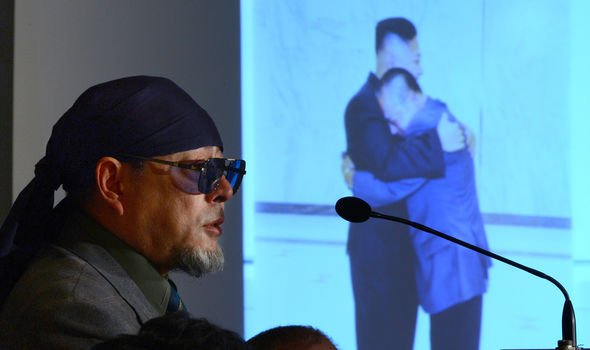 He wrote: “I said I would come back soon. That was a promise. I will come back.”

It’s unclear whether Kim Jong-un knew of the chef’s plans, but it is suspected not because his plan worked.

Once free of North Korea, Mr Fujimoto went into hiding where for many years he wore a bulletproof vest everyday after fearing he was being targeted by agents from the hermit state.

But over a decade later, the newly appointed Kim Jong-un caught up with his former friend.

Mr Fujimoto recalled a stranger in a blacksuit and sunglasses approaching him, who said: “This is about your family. And somebody who wants to see you.”

The chef shouted for the man to “go away” and he disappeared without another word, but a month later, in June 2012, another agent paid him a visit. 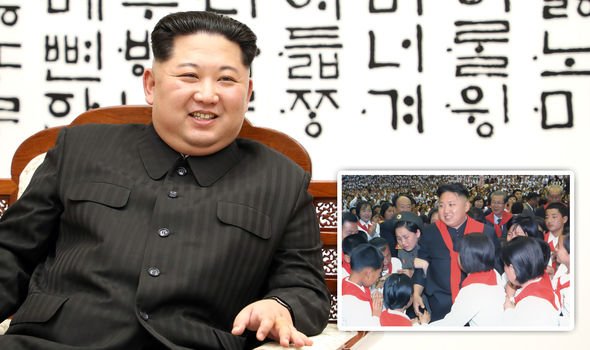 He was dressed in the same way as his predecessor and Mr Fujimoto recognised him from the exclusive parties thrown for Kim Jong-il, prior to his escape.

The man instructed “come with me” and this time he did, travelling to a hotel where he was handed a red folded cloth that contained a note.

It was from Kim Jong-un, and read: “You must fulfil your promise to me. Return to Pyongyang. I will guarantee your safe passage.”

The pair had a tearful reunion later that year and embraced in rare photographs to emerge from North Korea.

The intimate images showed a beaming Kim Jong-un shaking the hand of his childhood friend, who was seen dabbing his nose and eyes with a handkerchief.

Five years later Mr Fujimoto opened a sushi restaurant in the nation’s capital Pyongyang – where is still believed to reside.