TEOTITLAN DEL VALLE, Oaxaca (Reuters) – Deep in the foothills of Mexico’s Sierra Juarez mountains, Juana Lazaro washes her hands vigorously, lathering up to her elbows and scrubbing between her fingers then rinsing them several times with cold water. 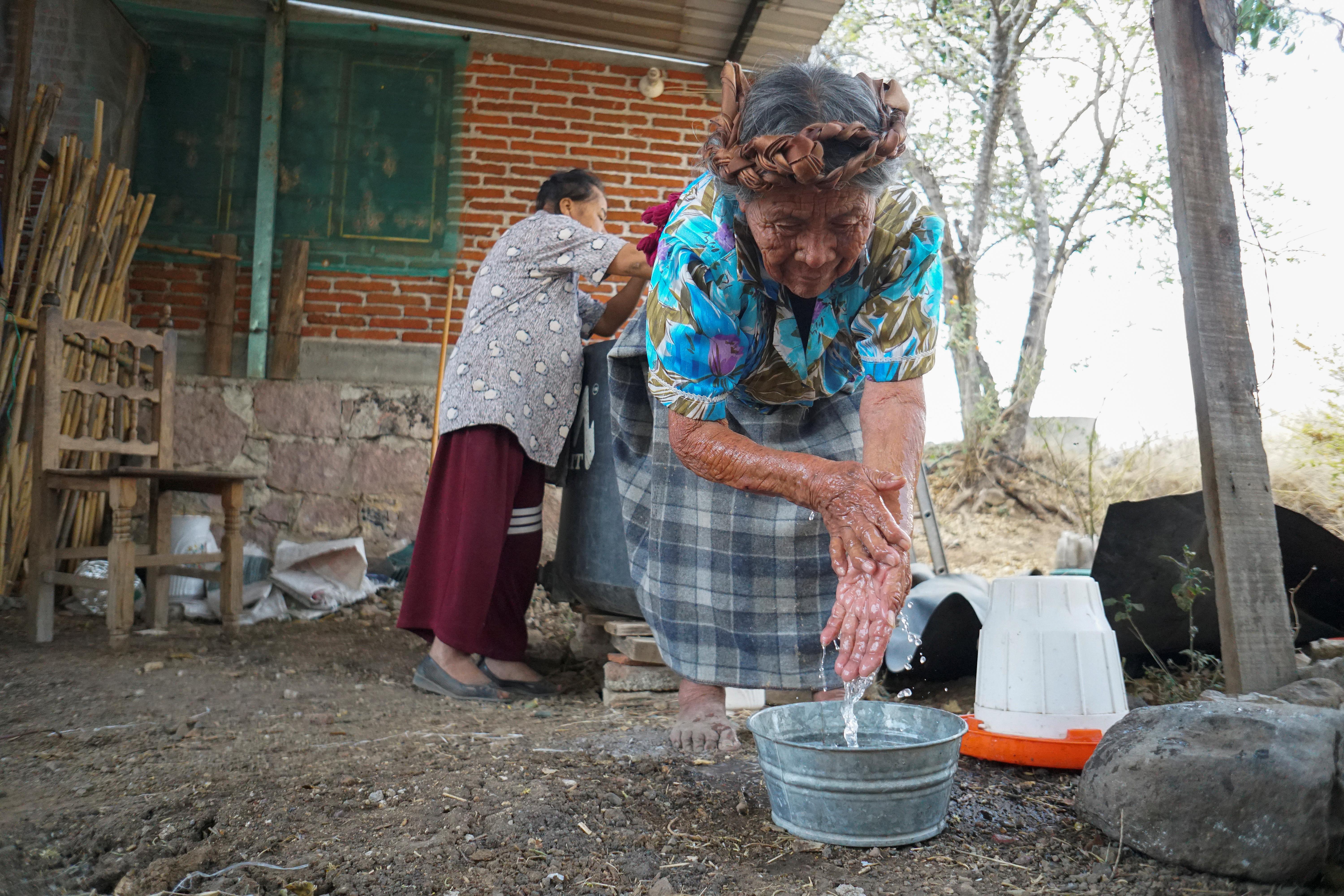 Lazaro had just learned about the coronavirus that was first detected late last year some 8,520 miles (13,712 km) away in the Chinese city of Wuhan and has since infected more than a million people around the world.

In her small, indigenous village of Teotitlan del Valle in the southern Mexican state of Oaxaca, few people regularly speak Spanish; it takes time for news to be translated into the local language Zapotec.

Oaxaca state has recorded 22 cases of coronavirus among a population of 4 million, but Teotitlan del Valle, which has a population of 3,000, has no confirmed cases so far.

Community radio and intercom systems in their indigenous language are for many, including Lazaro, the main source of information. Lazaro said she learned about hand-washing techniques and social distancing from local radio programs.

Jose Abel Bautista Gonzalez hosts one of those programs in the Zapotec language. He said the guidelines needed some adjustment for the community – and not just because of the language.

“To no longer greet each other so much on the street (is difficult,) because we are used to it. It is a tradition, the culture of the people,” Bautista said.

Teotitlan del Valle is a community comprised of artisans whose main source of income is sales of handicrafts to tourists. For Froilan Mendez, who sells rugs, the halt in sales is a major concern now that tourists are staying away.

“We depend on it, on tourists, because they are the ones who consume our products, not here,” he said. “We all dedicate ourselves to this and we need the sale of our products, and if there are no tourists then we will not have an income.”

In Magdalena Apasco, another indigenous village in Oaxaca, news of a coronavirus case prompted local officials to close 20 of the 23 access points to the municipality.

The mayor’s office has tried to educate the population by broadcasting guidelines, including requests to stay at home except for essential activities, three times a day using loudspeakers set up throughout the community.

“We put in measures but sometimes people do not take it as prevention,” he said. “They take it as an abuse of authority.”