MEXICO CITY (Reuters) – At least 500 Cuban health workers are helping tackle the new coronavirus in Mexico City, Mexican officials say, making it likely the largest contingent the communist-led island has deployed globally as part of its response to the pandemic. 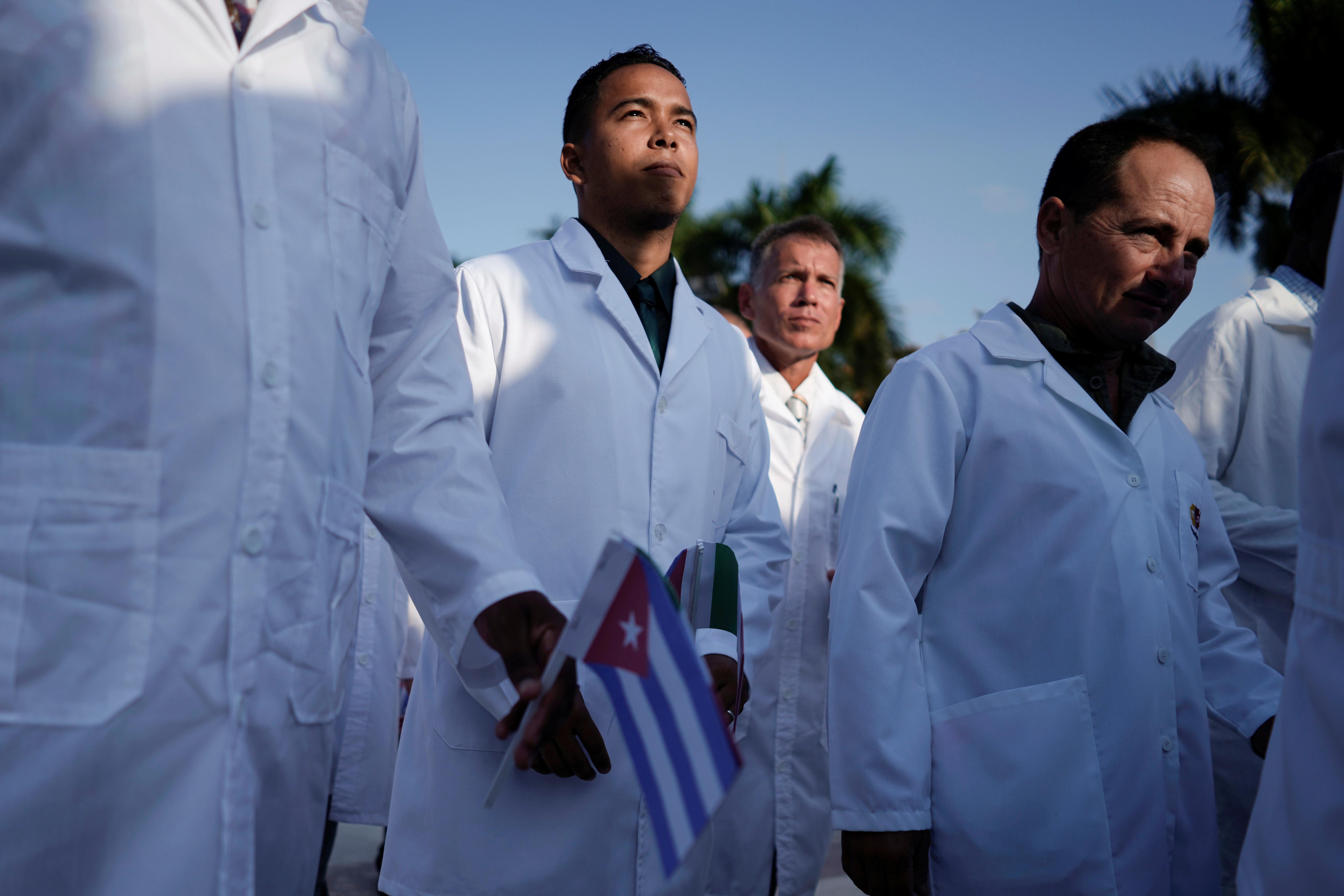 Mayor Claudia Sheinbaum has publicly acknowledged the presence of “several” Cuban doctors working in the city’s hospitals to help make up staffing shortfalls, but she has not confirmed the scale of the deployment.

However, one city government official said the group of doctors and nurses was 500-strong, apparently larger than any of Cuba’s other deployments to nearly two dozen countries to help with pandemic relief, according to data released by Cuba’s foreign ministry in May.

A federal health ministry source said there were now 600 Cuban health workers on the ground. Both sources asked not to be identified.

Cuba has for decades sent medical professionals to countries across Latin America and as far afield as Africa to help during health crises, including the Ebola epidemics, and to reinforce chronic weaknesses in developing nations’ health systems.

Despite generally strong relations between the two countries, Mexico has not in the past received Cuban doctors partly to avoid diplomatic frictions with Mexico’s neighbor and long time Cuba foe, the United States.

The U.S. State Department recently called the medical aid program “abusive,” arguing that the doctors Cuba sends abroad are not adequately paid. Havana says everyone in the program chooses to take part and is paid.

The health ministry source said the Cuban health workers were “supported with lodging, food and some gratuity for expenses. All in agreement with the Cuban government, as has happened in other countries.”

The Mexico City health official said the Cubans were working in hospitals treating patients in the capital and surrounding areas suffering from COVID-19, the disease caused by the virus.

“We have had a long-term health collaboration agreement with Cuba. Now for the attention of the pandemic, several Cuban doctors and nurses are in different hospitals,” Mexico City Mayor Sheinbaum, an ally of leftist president Andres Manuel Lopez Obrador, said last week.

Authorities have acknowledged that Mexico is short of about 6,600 doctors and 23,000 nurses to cope with the epidemic.

Neither Mexico City government officials or Mexican foreign ministry or health service officials responded to requests for comment for this story. The Cuban embassy in Mexico said it had “no information” about the medical deployment.

The Cuban government sent Reuters a world map showing 23 countries in which the government has deployed its medical brigades to combat the pandemic, including Mexico, as well as several from the Caribbean, Africa and Italy.

The map included the numbers of medical professionals for most countries, but not for Mexico.