(Reuters) – The number of confirmed infections of the novel coronavirus were reported to have exceeded 1.52 million globally and the death toll rose above 89,400, according to a Reuters tally as of 0200 GMT. 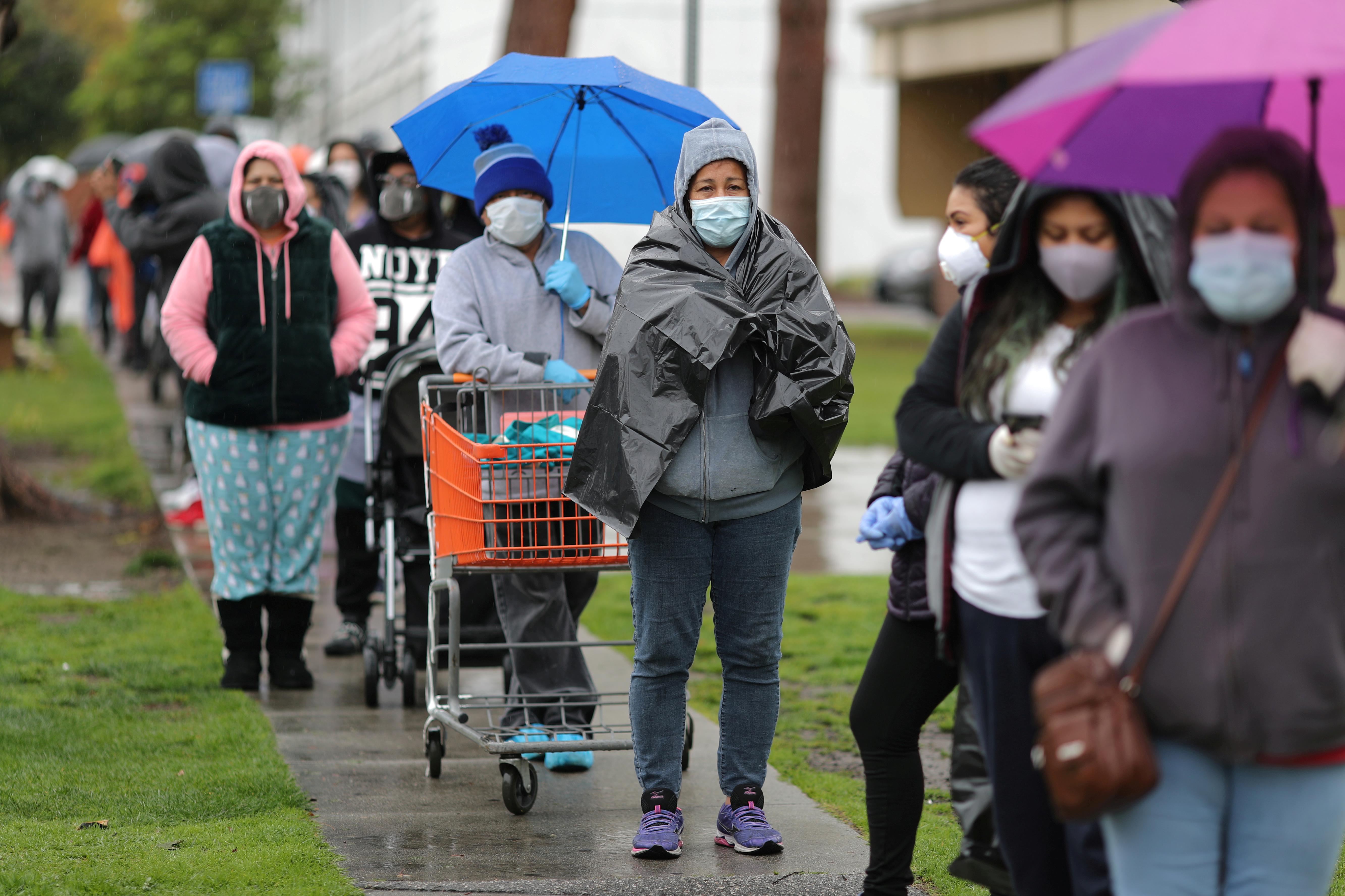 * U.S.-focused tracker with state-by-state and county map, open tmsnrt.rs/2w7hX9T in an external browser.

* Spain’s prime minister warned that nationwide confinement would likely last until May even though he said the worst should soon be over and the death toll slowed. [nL5N2BX1XU]

* The Italian government is planning to extend its lockdown until May 3, two trade union sources told Reuters on Thursday after meeting ministers. [nL5N2BX6SI]

* British Prime Minister Boris Johnson left intensive care on Thursday evening as he continues to recover from COVID-19, but he remains under close observation in hospital. [nL5N2BX1J1]

* The British government defended its early handling of the outbreak after a Reuters investigation found its scientific advisers were too slow to communicate their growing concerns. [nL5N2BX6U6]

* Britain urged its citizens to stay at home over the coming Easter holidays, amid fears that the pull of wanting to see family and friends over the Christian holy day could undermine efforts to stop the virus spread. [nL5N2BX75I]

* The number of confirmed infections in Germany rose by 5,323 in the past 24 hours to 113,525 on Friday, climbing for a fourth straight day, data from the Robert Koch Institute for infectious diseases showed. [nL5N2BY09C]

* The Czech Republic plans to roll out a system of quickly tracking and isolating contacts of people with the virus to eventually allow the lifting of blanket restrictions. [nL8N2BV7IY]

* Slovakia closed off several Roma settlements in the eastern part of the country after reports of virus clusters in five of them. [nL5N2BX1J7]

* Bulgaria’s prime minister said the country’s Orthodox churches and temples will be open for traditional Palm Sunday and Easter services despite the outbreak. [nL5N2BX4Z9]

* Americans must resist the impulse to ease social-separation measures at the first glimpse of progress now being seen in the coronavirus battle, state government and public health leaders warned. Meanwhile, total cases topped 459,000, with the death toll reaching 16,400. [nL2N2BX18X] [nL2N2BX2QZ]

* The Trump administration’s top economic officials said they believe the U.S. economy could start to reopen for normal business in May. [nL1N2BX006]

* Canada’s coronavirus death toll is set to soar from more than 500 currently to as high as 22,000 by the end of the pandemic, health officials said, while the economy lost a record 1 million jobs last month. [nL2N2BX0TI]

* Lockdowns in Brazil’s largest cities are beginning to slip, according to new data this week seen and analysed by Reuters, with more people leaving their homes as President Jair Bolsonaro continues to criticize the measures. [nL5N2BX5WU]

* Chile will start handing out certificates to people who have recovered from the coronavirus that will exempt them from adhering to quarantines or other restrictions. [nL2N2BX1OY]

* Mexico has recorded its first two deaths of pregnant women from the coronavirus as the number of fatalities reached 194, the health ministry said on Thursday. [nL2N2BY00A]

ASIA AND THE PACIFIC

* China will allocate more resources to prevent the spread of the virus from its land borders, as the country still faces risks of a comeback after new clusters are identified in some regions. [nB9N2AU00X]

* Tokyo and Japan’s central government resolved a high-profile feud over what businesses should shut down during a month-long emergency to fight the coronavirus, the city’s governor said. The number of cases in Japan rose to 5,548 on Thursday, public broadcaster NHK said. There have been 108 deaths. [nL3N2BX2IJ]

* India claimed initial success in its fight against the epidemic, saying it would have been hit with 820,000 cases by next week had it not imposed a nationwide lockdown. [nL3N2BX36A]

* Vietnam said more than 1,000 healthcare workers and 14,400 others linked to an outbreak at a Hanoi hospital have tested negative. [nL3N2BX30S]

* Singapore confirmed 287 new infections on Thursday, its biggest daily increase yet, with more than 200 of them linked to outbreaks in dormitories for foreign workers. [nL3N2BX3DK]

* Indonesia reported its biggest daily jump in deaths on Thursday, while neighbouring Malaysia had its second-lowest daily increase since a partial lockdown was imposed on March 18. [nL3N2BX2M1]

* Australian police said they have taken the “black box” of a cruise ship which disembarked hundreds of infected passengers in Sydney, as part of a homicide investigation into the country’s deadliest infection source. [nL3N2BX0VP]

* South Korean’s Daegu city, which endured the first large coronavirus outbreak outside of China, on Friday reported zero new cases for the first time since late February, as new infections across the country dropped to record lows. [nL3N2BY0C5]

* A South African public sector union withdrew a court case against the government over shortages of protective gear for frontline health workers. [nL5N2BX0VC]

* All Botswana’s parliamentarians including the president will be quarantined for two weeks and tested, after a health worker screening lawmakers for the virus tested positive. [nL5N2BX54R]

* Lebanon extended its almost month-long shutdown by another two weeks until April 26. [nL5N2BX4W2]

* Political and physical divisions in the West Bank and Gaza have induced two very different responses, with a strict lockdown in the first and crowds milling about freely in the second. [nL8N2BT0LT]

* The pandemic will turn global economic growth “sharply negative” in 2020, triggering the worst fallout since the 1930s Great Depression, with only a partial recovery seen in 2021, the head of the International Monetary Fund said. [nL2N2BX01Y]

* The number of Americans seeking unemployment benefits in the last three weeks has blown past 15 million, with weekly new claims topping 6 million for the second straight time. [nL1N2BW0WZ]

* The U.S. Federal Reserve rolled out a broad, $2.3 trillion effort to bolster local governments and small and mid-sized businesses. [nL2N2BX0J1]

* The White House is expected to announce soon formation of a second coronavirus task force, this one devoted to getting the economy going again when the time is right. [nL2N2BX19M]

* The Bank of England has agreed temporarily to finance government borrowing if funds cannot immediately be raised from debt markets. [nL5N2BX1BN]

* The French government more than doubled the expected cost of its coronavirus crisis measures, pushing the budget deficit and national debt to record levels. [nL5N2BX640]

* European Union finance ministers agreed on Thursday on half-a-trillion euros worth of support for their coronavirus-battered economies but left open the question of how to finance recovery in the bloc headed for a steep recession. [nL5N2BX1SA]

* U.S. President Donald Trump said airlines could receive details this weekend about the terms of a $32 billion payroll grant to offset the impact of the pandemic, which sources told Reuters has received around 275 applicants.[nL2N2BX235]

* Trump said he has directed his agriculture secretary to expedite help to farmers, especially small farmers, hurt by the economic disruption. [nL2N2BY018]

* China’s factory gate prices fell the most in five months in March, with deflation deepening and set to worsen in coming months as the economic damage wrought by the pandemic at home and worldwide shuts down many countries. [nL3N2BX1KW]

* The pandemic has pushed 51 Japanese companies into bankruptcy with a spike in new cases seen in April, Tokyo Shoko Research said on Friday. [nL3N2BY123]