(Reuters) – U.S. President Donald Trump and his top healthcare advisers urged Americans to follow strict social distancing measures ahead of a “tough two weeks” that could lead to at least 100,000 deaths from the coronavirus in the United States.

* U.S.-focused tracker with state-by-state and county map, open tmsnrt.rs/2w7hX9T in an external browser.

* The number of confirmed cases in Germany has risen to 67,366 and 732 people have died of the disease. Cases rose by 5,453, compared with the previous day, while the death toll climbed by 149.

* The number of deaths in Italy, which will extend nationwide lockdown measures at least until the Easter season, could be underestimated in official figures, its national health institute said.

* The European Union’s executive warned Hungary that emergency measures must not undercut democracy.

* President Emmanuel Macron has pledged to make France self-sufficient in protective masks by year-end and learn lessons from the coronavirus emergency.

* As England’s death toll rose 29%, some police officers have been criticised for overzealous lockdown response.

* A 12-year-old girl died in Belgium of coronavirus, the health ministry said on Tuesday as local media reported she was Europe’s youngest victim.

* The peak of Switzerland’s coronavirus epidemic could stretch into later this spring or summer, the government said.

* Norway for the first time saw a day-to-day decline in the number of admissions to hospitals due to coronavirus infections.

* U.S. health officials said on Tuesday they are discussing whether to recommend the general public wear face masks as a way to prevent transmission of the new coronavirus, but that it was too soon to take that step.

* The captain of the U.S. aircraft carrier Theodore Roosevelt, in a blunt letter, has called on Navy leadership for stronger measures to save the lives of his sailors and stop the spread of the coronavirus aboard the huge ship.

* Canada’s death toll jumped by 35% in less than a day, officials said, and the major province of Quebec said it was running low on key medical equipment.

* Mexico’s health ministry on Tuesday registered 1,215 cases of the coronavirus, up from 1,094 the day before. It also said 29 people died in Mexico, up from 28 a day earlier.

* Nearly 30 medical workers at a hospital in northern Mexico have been infected with coronavirus.

* Brazil’s president said hunger is just as big a threat as COVID-19, again playing down the seriousness of the outbreak during a news conference.

* Ecuadorean authorities said they would improve corpse collection, as delays left families with relatives’ bodies in their homes for days in some cases.

* El Salvador registered its first death from the coronavirus.

ASIA AND THE PACIFIC

* China reported a fall in new confirmed cases, with almost all cases imported from overseas. It had 36 new cases on Tuesday, the National Health Commission said on Wednesday, down from 48 a day earlier. Another 130 asymptomatic cases were reported, with a total of 1,367 such cases under observation as of March 31.

* Thailand confirmed 120 new cases and two more deaths, bringing the total number of infections in the country to 1,771 and 12 fatalities.

* Japan remains on the brink of a state of emergency as the rate of coronavirus infections continues to increase in the country, its top government spokesman said on Wednesday.

* India sealed off headquarters of a Muslim missionary group and ordered an investigation into accusations it held religious meetings that officials fear may have infected dozens of people.

* Afghan authorities have quarantined 16 health workers as Afghans fleeing hard-hit Iran have helped spread the virus in the border province of Herat.

* The Philippines recorded its largest daily increase in deaths and infections, as it ramped up testing with the arrival of thousands of kits from abroad and opened new laboratories.

* Malaysia’s stay-at-home order has prevented major daily spikes in infections, the government said, but the World Bank warned its economy would shrink this year for the first time in more than a decade.

* Lagos, Africa’s largest city, ground to a halt on Tuesday as it and the Nigerian capital Abuja entered a two-week lockdown.

* Tunisia ordered the release of 1,420 prisoners.

* Iran considered tougher curbs as its death toll climbed to almost 2,900 on Tuesday.

* Dubai said it would help its state-run Emirates airline and enforced a full lockdown on a district famous for its gold and spice markets.

* The South African government is sending testing teams to the country’s townships.

* Asian stocks clung to gains, helped by a bounce in Australian shares, but risks for equities remain large as the coronavirus pandemic rattles the underpinnings of the global economy.

* Reports measuring U.S. economic activity are likely to be “very bad” in the first half and the unemployment rate could rise above 10% due to efforts to slow the spread of the coronavirus, Cleveland Federal Reserve Bank President Loretta Mester said on Tuesday.

* Japan’s business confidence soured to levels not seen since 2013, a closely watched survey showed, as the pandemic hit sectors from hotels to carmakers and pushed the economy closer to recession.

* South Korean exports slipped in March as the virus ravaged the global economy and supply chains although solid chip demand provided a rare bright spot as lockdowns across the world forced millions to use telecommuting technology.

* A G20 coronavirus plan will address the risk of debt vulnerabilities in low-income countries and deliver financial aid to emerging markets.

* U.S. Republican lawmakers signalled caution over Democratic plans to prepare another large spending bill to battle the pandemic, even as President Donald Trump called for $2 trillion in spending, this time on infrastructure.

* The pandemic is threatening to disrupt Argentina’s debt restructuring talks with creditors, raising the prospect of a default and a downgrade, ratings agencies and bondholders told Reuters.

* Italy’s business lobby Confindustria said the pandemic will translate into a serious recession in 2020, biting as much as 6% off gross domestic product. 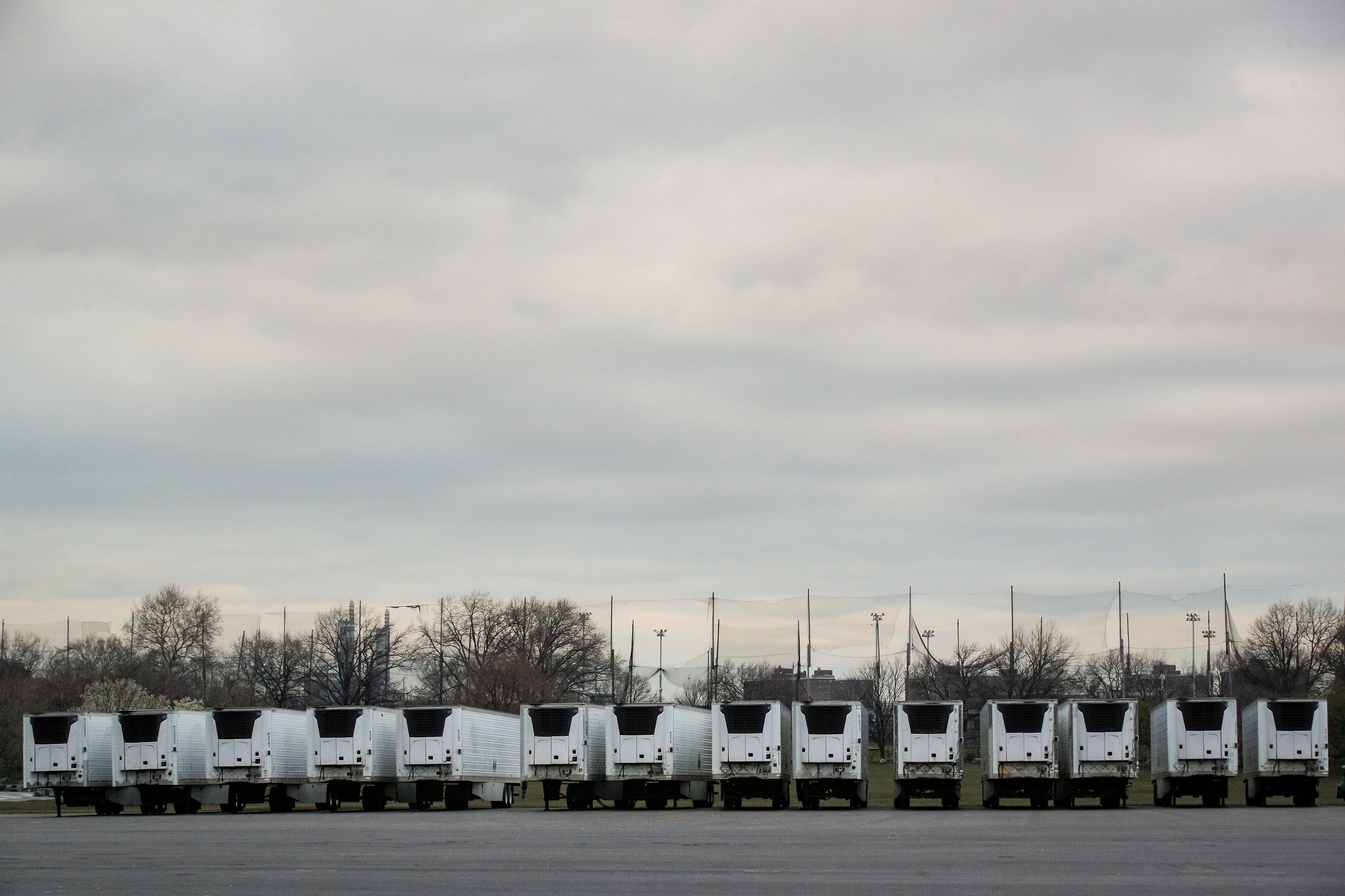 * The German government is planning to extend support for mid-sized companies, government sources said on Tuesday.

* A coronavirus resurgence may scupper forecasts of a recovery in air passenger demand by the end of the year and strong growth in 2021, the chief economist of a global airline trade body warned.

* Britain’s top banks they would suspend dividend payments after pressure from the regulator, saving their capital as a buffer against expected losses from the economic fallout from the coronavirus.