BEIRUT (Reuters) – Lebanese security forces cleared away a protest camp in central Beirut on Saturday and reopened roads blocked by demonstrators since protests against the governing elite started in October. 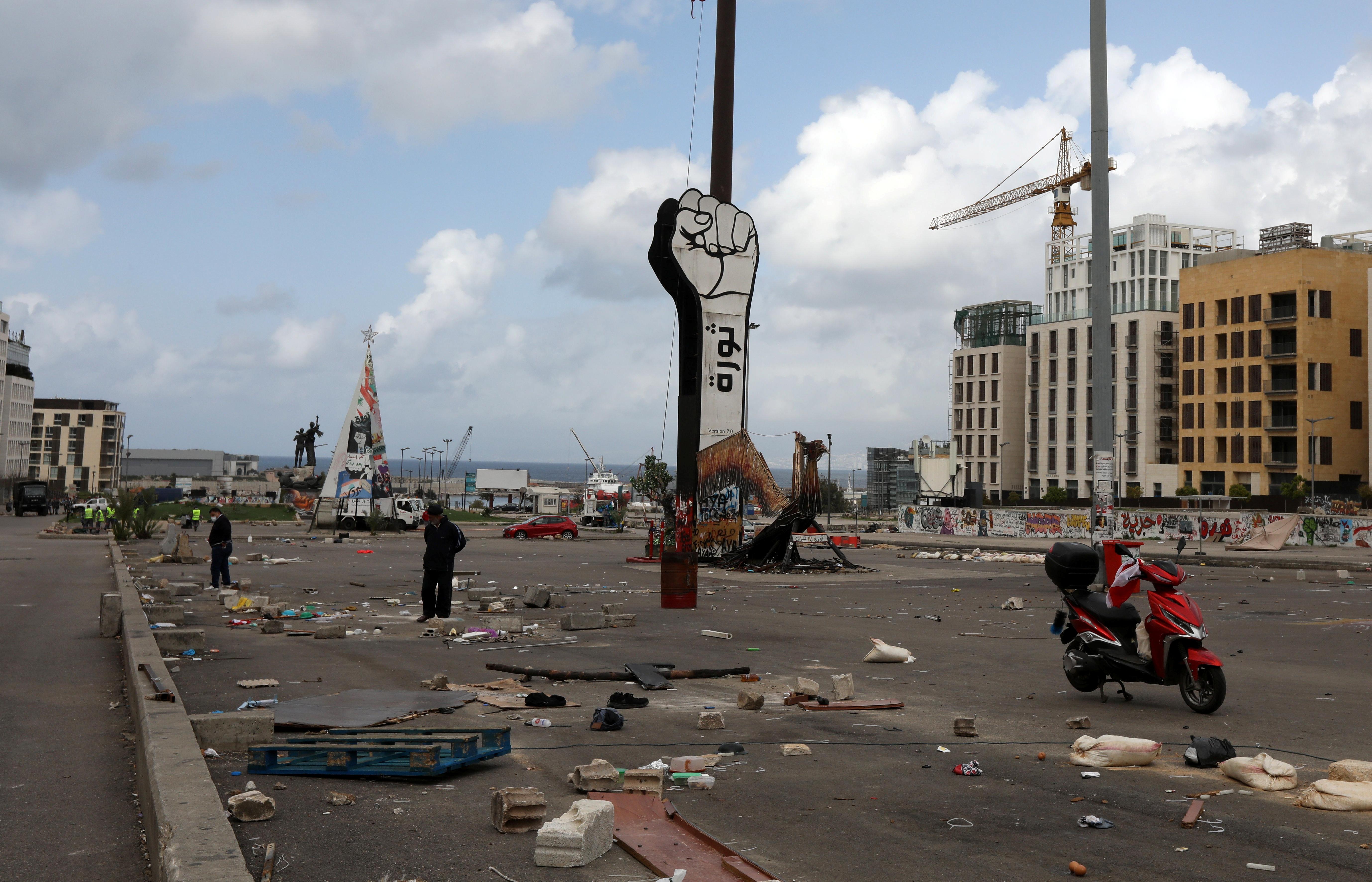 The camp centered around Martyrs Square had mostly fallen dormant in recent months as the protests waned. Lebanon this week tightened measures to restrict movement as part of its effort to curb the spread of coronavirus.

Security forces began pulling down tents on Friday night, meeting resistance from several dozen protesters who were still camped out. One protester set himself on fire before being quickly smothered in blankets by members of the security forces, a Reuters witness said.

On Saturday, a handful of protesters took away furniture used during the sit-in. Although Martyrs’ Square was reopened to traffic, a security source said roads leading to the nearby Riyad al-Solh Square remained closed.

The government declared a medical emergency on March 15 to prevent the spread of coronavirus.

This week it banned people from leaving their homes from 7pm to 5am. Lebanon has recorded 412 cases of coronavirus and eight deaths.

Martyrs’ Square was a focal point of large nationwide protests that erupted on Oct. 17.

Fueled by the corruption and bad governance of Lebanon’s ruling elite, the protests cut across sectarian divisions and led to Saad al-Hariri quitting as prime minister, toppling his government.

Lebanon has sunk deep into a long-brewing economic crisis since October.

The heavily-indebted state this month declared it could not meet its foreign debt repayments. The local currency has sunk more than 40% against the dollar.