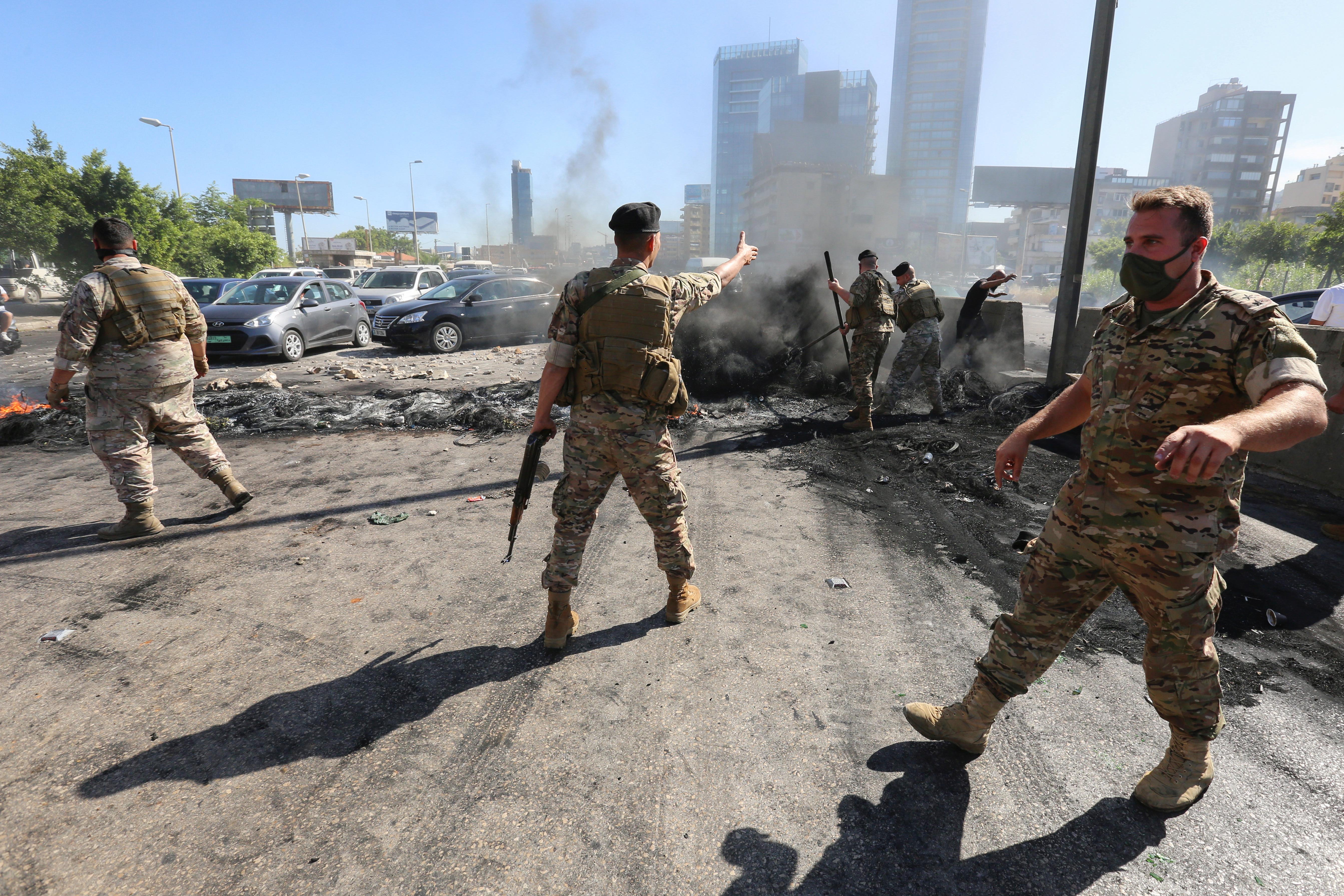 BEIRUT (Reuters) – Lebanese protesters set fire to roadways and clashed with security forces in a second night of unrest on Friday, according to witnesses and Lebanese media.

Protests erupted on Thursday in several Lebanese cities after a crash in the pound currency, which has lost about 70% of its value since October, when Lebanon was plunged into a financial crisis that has brought mounting hardship.

The pound appeared to halt its slide on Friday after a government announcement that the central bank would inject dollars into the market on Monday.

Protesters, however, returned later on Friday for a second night, throwing fireworks and stones at security forces in central Beirut and the northern city of Tripoli, prompting them to spray tear gas and rubber bullets to push them back.

The unrest comes as Beirut holds talks with the International Monetary Fund for a reform programme it hopes will secure billions of dollars in financing and put its economy back on track.

The crisis, rooted in decades of corruption and waste, has brought soaring food prices, unemployment and capital controls that have severed Lebanese from their hard currency savings.