Storm Darcy has brought heavy snow and gusty winds to parts of the UK, including London, over the last few days. However, over the course of today (Tuesday, February 2) and overnight, the Met Office forecast further snow will fall over the capital and temperatures could plummet to very chilly levels.

The Met Office said in its forecast for London and South East England on Tuesday: “Remaining very cold with strengthening easterly winds and a few snow showers. These mainly falling across London and Kent.

“Some sunshine is also expected, more especially across western areas. Turning cloudier near coasts with gales developing here by afternoon.”

London is under a Met Office yellow snow warning until 11.59pm on Wednesday, with the Met Office warning daily snow accumulations of 2 to 5cm, or up to some two inches, are “probable for some” parts. 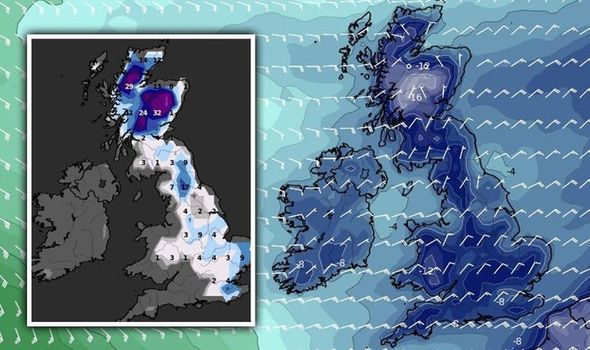 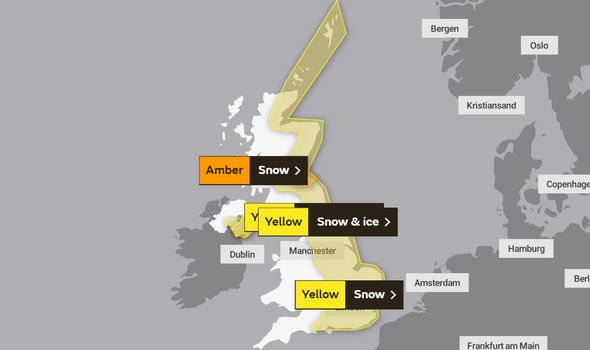 But in areas “where showers merge into more organised and prolonged spells of snow”, the Met Office warns 10 to 15cm, or approximately four to six inches, of snow could accumulate in places.

BBC Weather’s Elizabeth Rizzini said today: “We’re expecting these lines of snow showers to continue to track in from the east and underneath these lines of showers, there could be another few centimetres of snowfall on top of what we’ve already got.

“Some places will stay relatively dry, and snowfall will tend to be a bit lighter the further west you are across those western home counties.

“Winds are a touch lighter than they were yesterday, but still brisk and still very chilly. 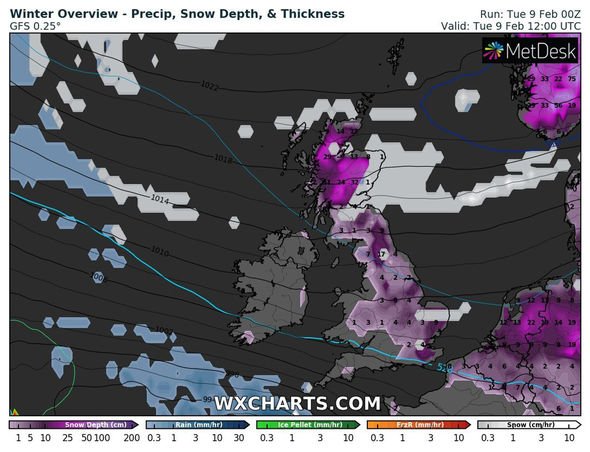 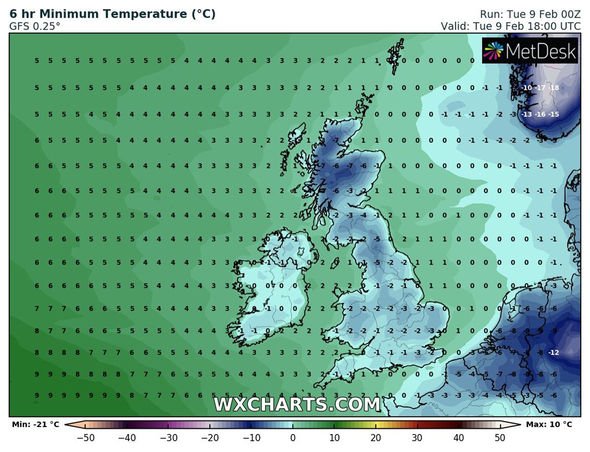 “Plenty of wind chill to factor into these temperatures, which will struggle once more to get above freezing.”

WXCHARTS minimum temperature maps, which use data from MetDesk, show temperatures could reach the minuses over the course of the day.

Later in the evening, London could see temperatures as low as -3C according to the charts. 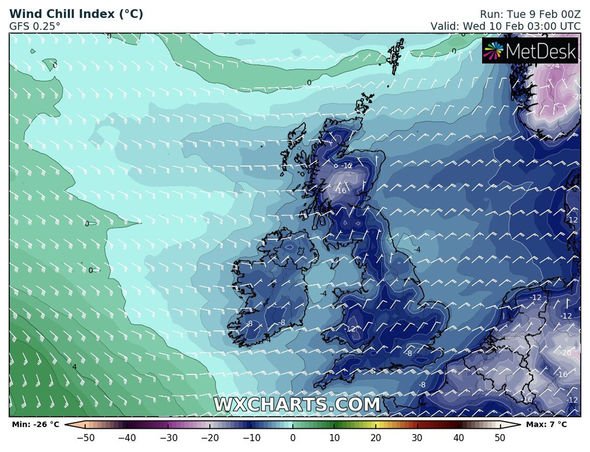 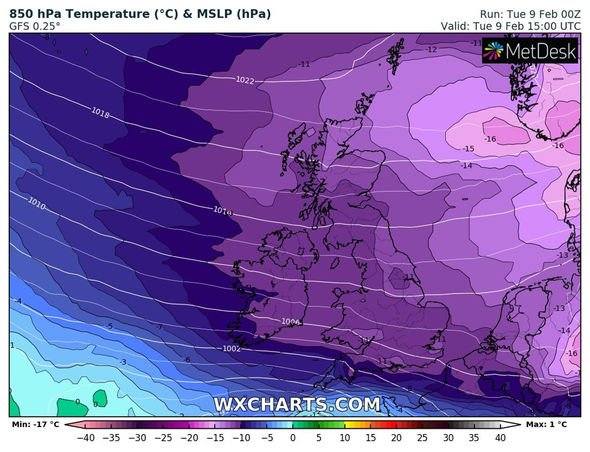 The Met Office also predicts the icy cold temperatures to continue for London tonight, with minimum temperatures of -4C forecast.

The Met Office forecast a “windy start to the night” with “bitterly cold” temperatures, while further snowfall is also expected.

The Met Office forecast for tonight added: “Near coasts gales may be severe at first.

“A few snow showers are likely with some clear spells.”

According to WXCHARTS wind chill forecast maps, temperatures overnight could feel as cold as -8C in the capital.

The snow could continue into mid-week, as on Wednesday the Met Office predicts further snow showers could hit the capital.

The Met Office forecast for Wednesday said: “Wednesday will be a very cold, bright day with sunshine and a few snow showers, these mostly light.