WUHAN, China (Reuters) – Peng Jing stifles a laugh as she looks into the eyes of her tuxedo-clad fiancee, Yao Bin, who is in turn trying not to step on the long train of her white wedding dress. 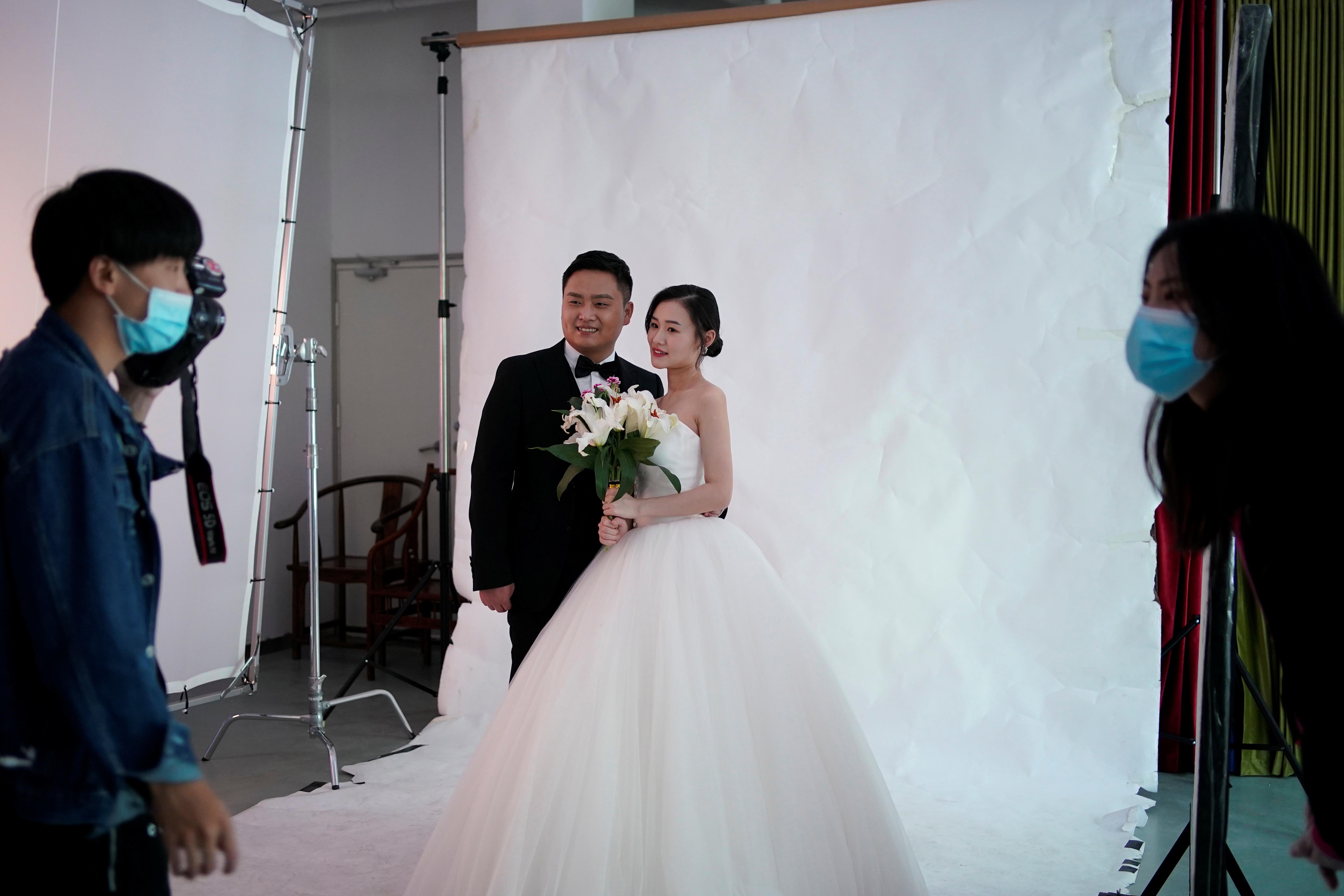 “Smile!”, shouts the photographer as he snaps away.

Weddings, birthdays and celebrations have been cancelled around the world because of the coronavirus pandemic but in the Chinese city of Wuhan, where the virus first appeared, they are finally resuming as authorities relax a strict lockdown that separated families, friends and lovers for over two months.

Peng, a 24-year-old receptionist and airport worker Yao, 28, had been looking forward to getting married and carrying out wedding tasks including an elaborate photo shoot, when the epidemic abruptly put their plans on hold.

“We were supposed to register our marriage on Feb. 20, 2020” she said, referring to what was supposed to be one of the country’s most popular wedding dates thanks to the incidence of number “2” and its connotations with couplehood.

The city’s lockdown on Jan. 23 put a halt to that, and prompted marriage registration bureaux across China to shut amid efforts to curb the virus. More than 50,000 people have been infected in Wuhan and 2,579 have died from the virus.

“I sent her home and the next day the lockdown happened,” Yao said, recalling how abrupt it was. “I was very unhappy.”

While Yao’s job meant that he was allowed to continue to leave the house for work, the couple avoided seeing each other, only managing to talk, or sometimes argue, through games or messaging app WeChat.

“He kept wanting to send me things to eat and drink because the lockdown meant that we couldn’t go out to buy things, but I was scared, like what if he caught something while on the way? The situation was very serious at the time,” she said.

They only managed to meet in person at the end of March, when Peng’s office reopened.

“I was overwhelmed with emotions,” he said of that meeting.

The couple registered their marriage last Saturday, days after the city’s marriage registration bureau and are now making preparations to hold their traditional wedding feast in May.

It will be a simple one, however, as continued epidemic control efforts in the city mean that big gatherings are still frowned upon and hotels are not taking bookings. Instead, they will hold it at Yao’s family home, they said.

“Of course (the epidemic) has had an impact, but it doesn’t stop the two of us and cause us to give up,” he said. “But of course if the conditions allow it, I want to give her the best.”