BEIRUT (Reuters) – France’s President Emmanuel Macron arrived in Beirut hours after Lebanese leaders named diplomat Mustapha Adib as the new prime minister on Monday under French pressure, and will press for reforms aimed at dragging the Middle East nation out of a financial abyss.

With its economy devastated by a financial crisis, a swathe of Beirut in tatters following a huge port explosion on Aug. 4, and sectarian tensions rising, Lebanon is facing the biggest threat to its stability since the 1975-90 civil war.

Macron was met at the airport by President Michel Aoun in the French leader’s second visit in less than a month. “So President, it’s been a busy day, hasn’t it,” Macron told Aoun.

He also addressed the Lebanese people in an Arabic-language tweet, saying he had returned as promised to “work together to create necessary conditions for reconstruction and stability”.

Macron will push politicians to enact reforms that donors have demanded to tackle corruption and waste before they will release financial support.

Senior Lebanese officials said Macron’s mediation was essential in securing agreement on a new prime minister in the 48 hours before consensus emerged on Adib, the former ambassador to Germany. Politicians had been deadlocked last week.

“The opportunity for our country is small and the mission I have accepted is based on all the political forces acknowledging that,” said Adib, who won the support of nearly all Lebanon’s main parties in consultations hosted by Aoun.

“There is no time for talk and promises … It’s the time to work with everyone’s cooperation,” he said.

He called for the formation of a government of competent specialists in record time, an immediate start to reforms and a deal with the International Monetary Fund. Lebanon’s talks with the IMF on vital support have been stalled since July.

Forming governments has often taken months in the past.

“We welcome the nomination of a new prime minister and hope that a new government will be formed shortly with a mandate to implement the policies and reforms that Lebanon needs to address the current crisis and restore sustainable growth,” an IMF spokesperson told Reuters.

Adib, who has a doctorate in law and political science, later visited areas hardest hit by the port explosion that killed some 190 people and injured 6,500.

“Our children died. We don’t recognise you,” a passerby shouted at him as he inspected the shattered neighbourhoods. Another offered to shake hands with Adib, who wore a facemask as Lebanon battles COVID-19.

The explosion, caused by what authorities say were 2,750 tonnes of ammonium nitrate stored at the port, led to the resignation of the previous government, now acting as caretaker. 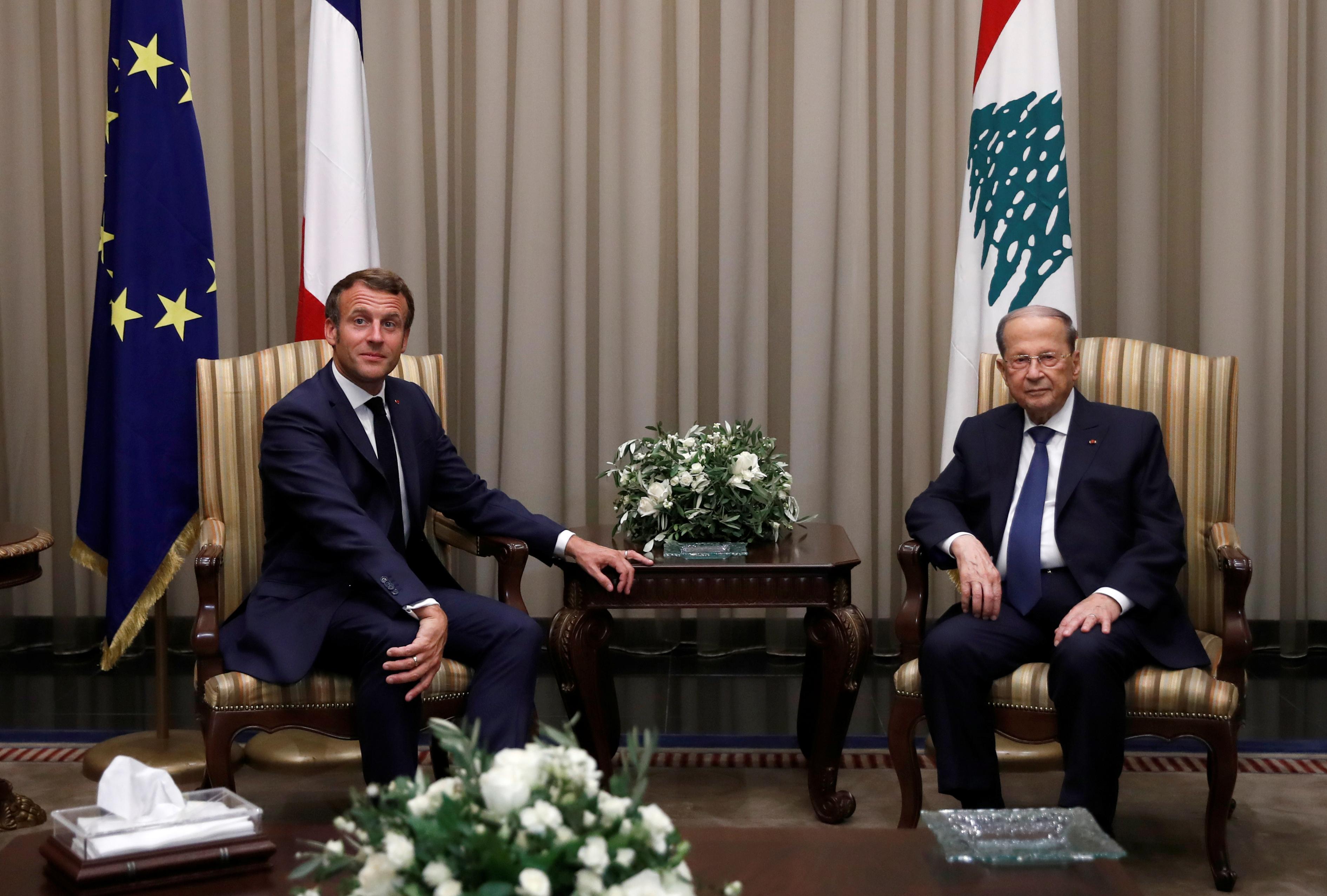 Since October, the crisis has sunk Lebanon’s currency, locked savers out of deposits held by a paralysed banking system and fuelled poverty and unemployment. The root cause is decades of corruption and waste overseen by a political elite.

Macron’s visit coincides with Lebanon’s centenary, at a time of profound doubts that it has a future as a viable state under the sway of former warlords and sectarian leaders loyal to different regional masters, Iran and Saudi Arabia.

Macron made a series of phone calls to Lebanese leaders at the weekend that were vital to securing consensus on Adib.

A French presidency source said Macron was demanding “a government of mission, clean, efficient, able to implement the necessary reforms in Lebanon”.

Macron told journalists on Friday that the exceptional moment facing Lebanon led him to increase pressure.

“France has convinced its European and American partners and a good part of the regional partners that we are honest brokers,” he said. 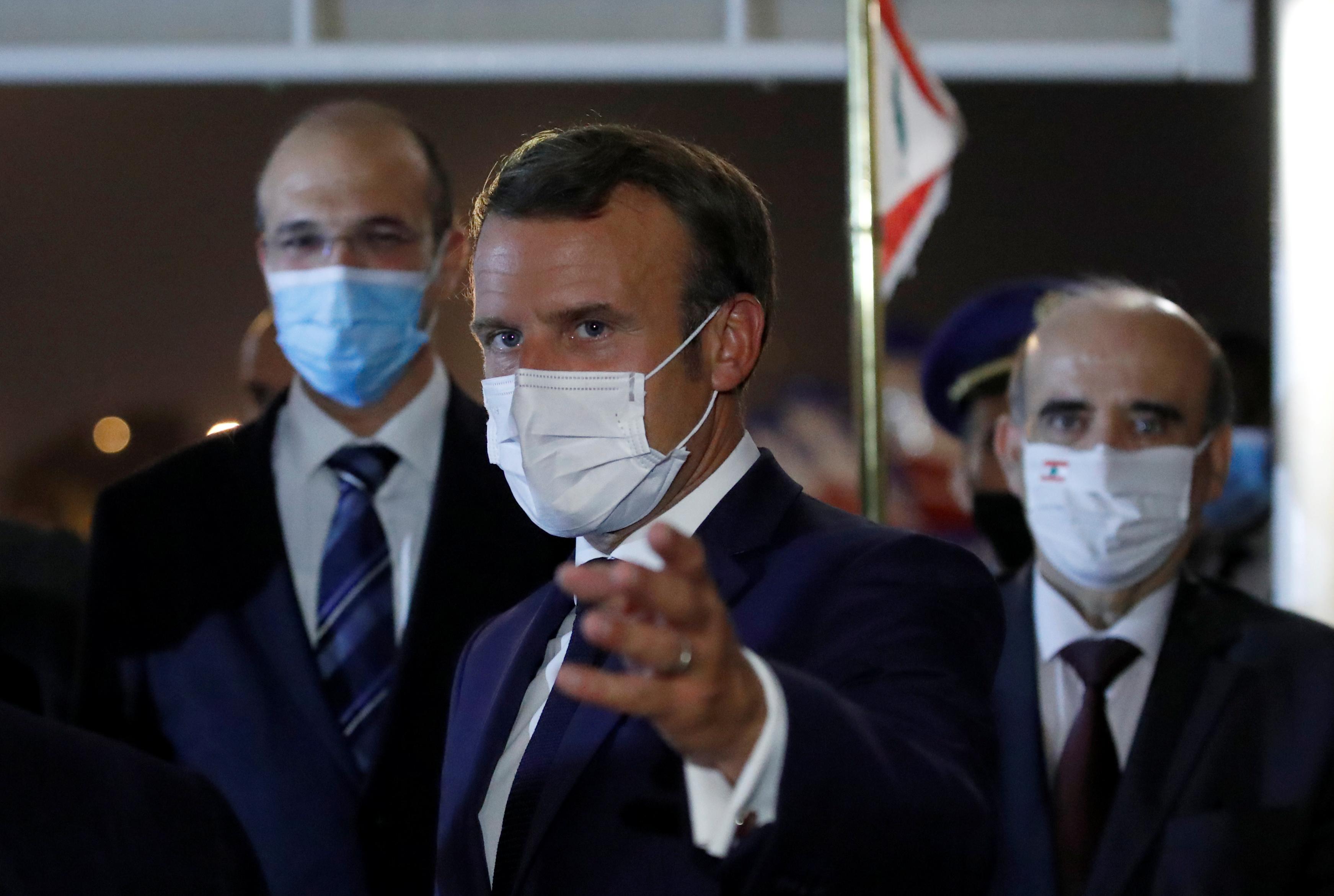 Adib’s name surfaced on Sunday when he was nominated by former prime ministers, including Saad al-Hariri who heads the biggest Sunni Muslim party. Under the Lebanese system, the post of premier must go to a Sunni.

Hariri’s Future Movement and the powerful Iranian-backed Shi’ite party Hezbollah were among those nominating him.

With Hariri’s backing, Adib will enjoy more support than Hassan Diab’s outgoing government, nominated by Hezbollah and its allies which together have a parliamentary majority.

Lebanon won pledges of more than $11 billion in support at a Paris conference in 2018 conditional on reforms it failed to carry out.