President Putin, who controls the world’s largest nuclear arsenal, has repeatedly cautioned the West that any attack on Russia could provoke a nuclear response. Putin warned the West he was not bluffing when he said he’d be ready to use nuclear weapons to defend Russia. In a chilling address, Putin said: “This is not a bluff. And those who try to blackmail us with nuclear weapons should know that the weathervane can turn and point towards them.”

Last week, the Russian Federation announced the results of sham referenda in the Ukrainian regions Luhansk, Donetsk, Zaporizhzhia and Kherson.

There is concern that by claiming 18 percent of Ukraine as part of Russia, the room for nuclear threats increases as Putin could cast any attack on these territories as an attack on Russia itself.

However, many experts believe Putin would not be prepared to “commit nuclear genocide”. 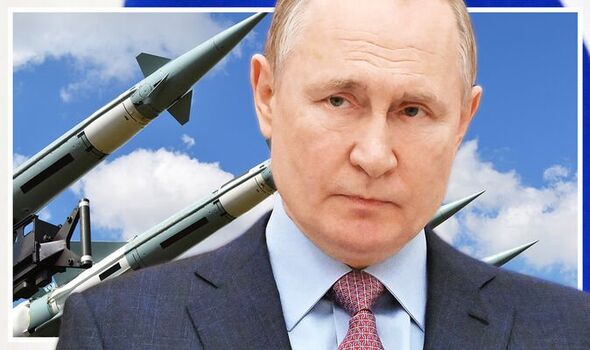 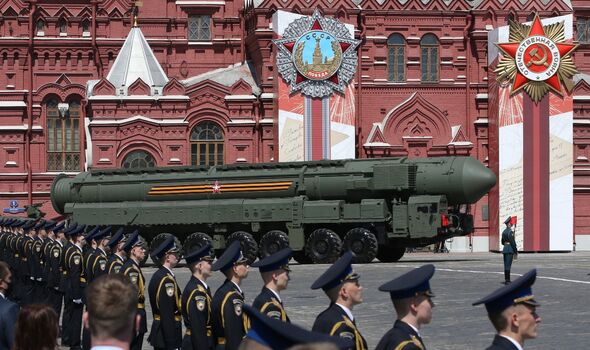 Dr Colin Alexander, an expert in political communications at Nottingham Trent University, told Express.co.uk: “Putin is very good at playing what a few other people and I call the ‘madman game’ where he deliberately comes across as being unstable when in actual fact he is fine.

“People calling him ‘mad Vlad’ and things like that [which contribute to his unstable image] is part of the game that they play because part of the nuclear deterrent is to convince your enemy that you would use them given the chance.

“If you either say or come across as being somebody who would never press the button, then you’ve now just got a pointless, multibillion pound expenditure.”

The Federation of American Scientists estimates that Russia has 5,977 nuclear warheads – the devices that trigger a nuclear explosion – though this includes about 1,500 that are retired and set to be dismantled.

Of the remaining 4,500 or so, most are considered strategic nuclear weapons – ballistic missiles, or rockets, which can be targeted over long distances. These are the weapons usually associated with nuclear war.

The rest are smaller, less destructive nuclear weapons for short-range use on battlefields or at sea.

Even with comparatively small nuclear weapons, very little is expected to survive in the immediate impact zone of an explosion. 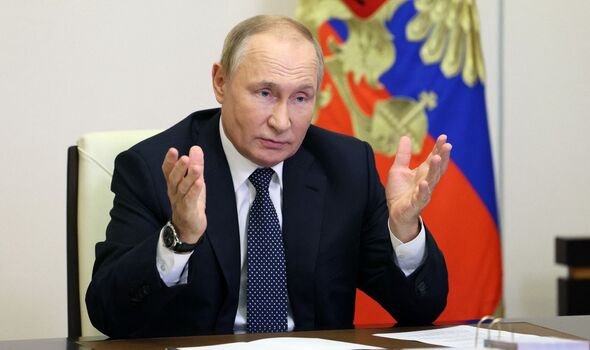 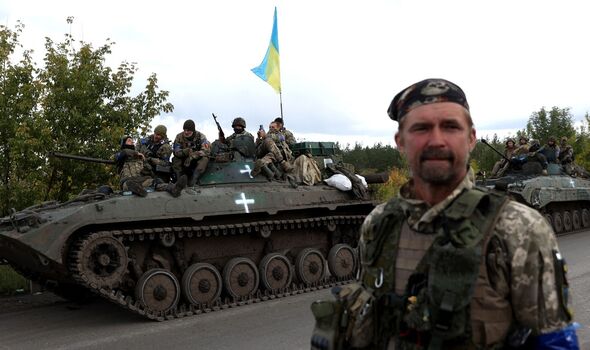 Despite Putin’s nuclear capability, Mark Voyger, a senior fellow with the Transatlantic Defense and Security Program at the Center for European Analysis, agrees that it is a front.

He told Express.co.uk: “Putin said ‘I’m not bluffing,’ but he is bluffing because logically the decision to launch nuclear strikes – especially on nuclear-armed countries like the UK or the US, NATO – that’s a huge decision.

“And if you have adopted that position, you do not announce it to the world – it would be kept in utmost secrecy.

“Anything short of that is really grandstanding and bluffing because this is a matter of life and death, not only for the European continent, but also for Russia and the entire planet.

“If he triggers a nuclear exchange, there’s no winning. There will be a global conflagration and even if he survived in his bunker for a couple of months, he’d lose control over Russia ultimately, and the survival of his regime is his centre of gravity.

“If he launches a global war, a nuclear war, then all these plans that he’s been building for 20 years will be will become irrelevant.”

Rather than foreshadowing action, the experts agree Putin’s threats are more likely an indication that the Russian leader feels threatened and on the back foot amid a hasty Ukrainian counteroffensive that has seen Zelensky’s troops reclaim vast swathes of land in recent weeks.

If Putin did order a nuclear strike inside Ukraine, it would be the first use of nuclear weapons in battle since the United States unleashed the atomic bomb attacks on the Japanese cities of Hiroshima and Nagasaki in August 1945.

Dr Alexander explained that nuclear rhetorical gamesmanship is widely seen as “ a sign of strength within our political leaders”.

He said: “Even in [the UK], when asked whether they would press the nuclear button, political leaders say ‘yes, of course’.

“And it is bizarre because what that person has just said is that they are prepared to commit nuclear genocide so really they should be immediately banned from political office on account of being clearly sociopathic.

“But we see it as a strength from our political leaders because we know they are involved in a kind of gamesmanship around nuclear war that will not really happen.”

In the wake of a string of nuclear threats from the Russian leader, the response from the West for the moment will likely be to watch closely Russia’s actual behaviour rather than the rhetoric and to remain focused on their strategy.