MADRID/BARCELONA (Reuters) – Madrid and Barcelona will not progress to the next phase of Spain’s exit from one of Europe’s strictest lockdowns that will allow bars, restaurants and places of worship to reopen in some areas from Monday, the government announced. 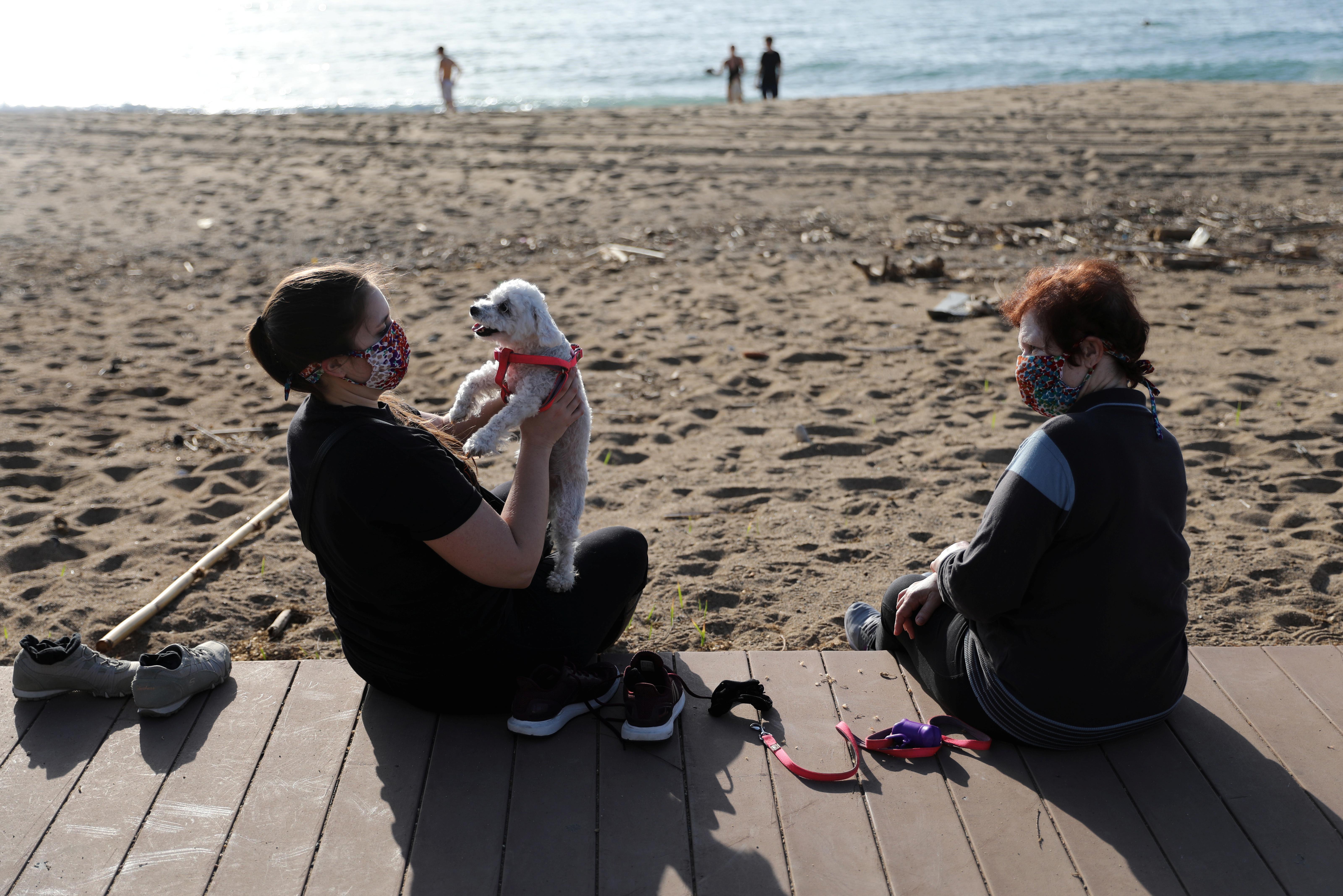 Madrid and Catalonia, whose capital is Barcelona, account for nearly half of Spain’s cases of infection.

Simon said 51% of the population would move onto the next phase of easing lockdown measures, including the Canary Islands and the Balearic Islands.

“I want to insist that this is not a race, decisions must be based on cooperation and caution,” Health Minister Salvador Illa said.

In one sign of life returning to normal, Barcelona’s beaches opened from 6 a.m. to 10 a.m. on Friday under provisions allowing people to take exercise. People paddled on boards and swam under police supervision.

“This is freedom,” said a smiling swimmer, Marta Torrents, dressed in a wet-suit. “To be able to go out to sea and swim – for me, this is perfect.”

Spain’s daily death toll from the coronavirus rose to 229 on Friday, up from 213 the previous day, the health ministry said.

Half of the new cases in Spain in the past 24 hours were in Catalonia.

Nonetheless, Simon said “going outside and improving our quality of life is perfectly compatible with continuing the safety measures”.

Spain has been one of the worst-hit countries globally and is just emerging from a strict lockdown, now in its eighth week, which kept people indoors, battered the economy and led to hundreds of thousands of job losses.

The government aims for a return to normality by the end of June.

It loosened the lockdown this week, with people allowed to take exercise and small businesses like hairdressers reopening with social distancing restrictions.

In the final phase, expected around the end of June, beaches will open for sunbathing and restrictions on shops and restaurants will be further loosened.

The debate pitching economic damage against health risks simmers in Spain, where the rate of coronavirus infections and deaths varies widely between regions. “Businesses and workers are the first to want companies to function normally,” said Hilario Alfaro, president of Madrid’s Business Forum. “But we need to first resolve the health crisis, then resolve the economic crisis, and above all avoid reaching a social crisis.”

“We’re talking about an economic situation so serious that it could turn into a social problem,” Diaz Ayuso told Spanish television.