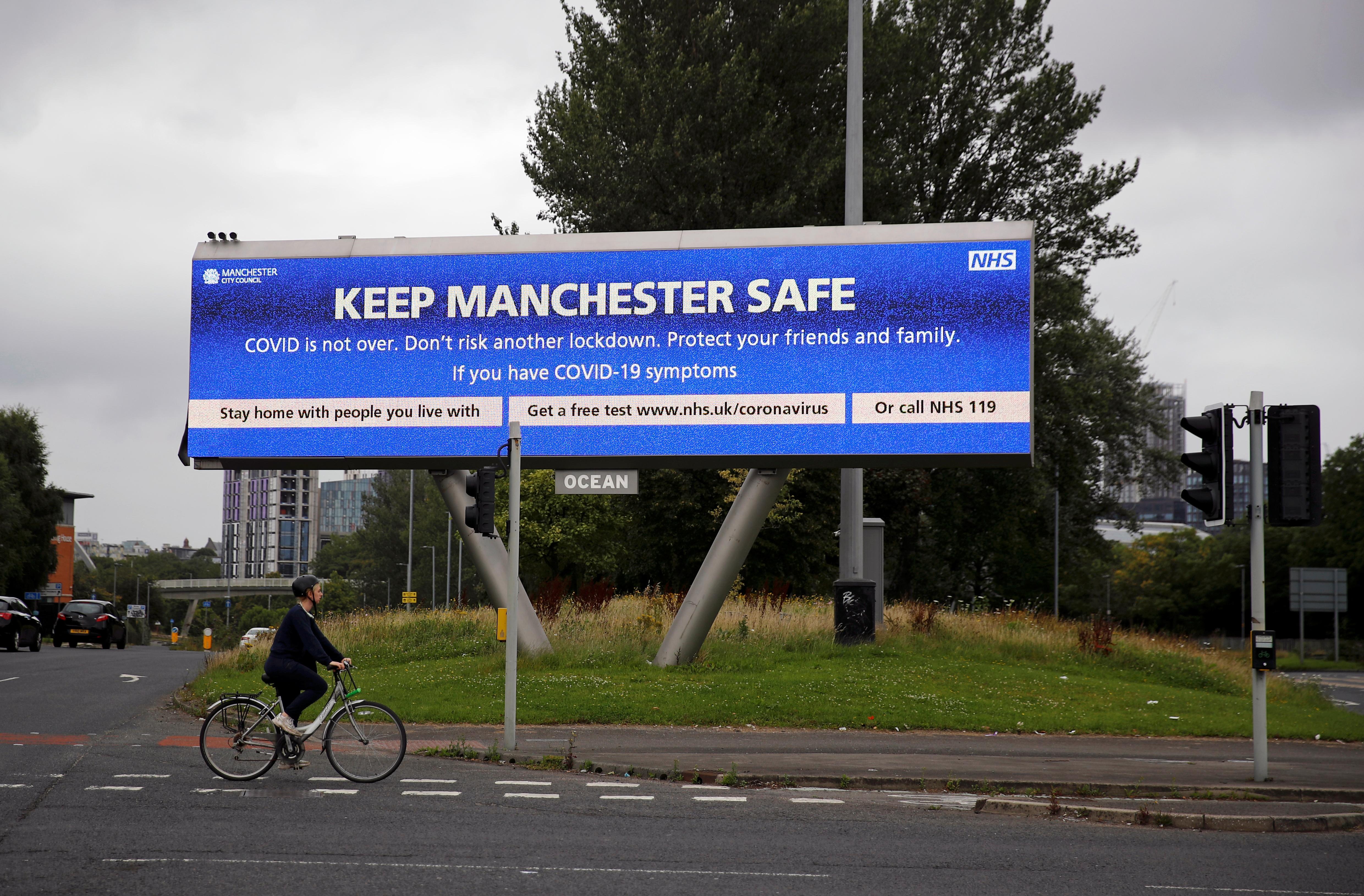 LONDON (Reuters) – A major incident has been declared in the Manchester area of Britain, allowing the creation of a “central command structure” to help tackle the rising number of coronavirus cases, a local official was quoted as saying on Sunday.

Health minister Matt Hancock said on Thursday the COVID-19 lockdown in parts of northern England – including Greater Manchester, parts of West Yorkshire and East Lancashire – would be tightened because of an increasing rate of transmission.

“Although the council and partner organisations have been working closely to tackle the impacts of the pandemic since early this year, declaring a major incident means we can ramp this up further,” the Leader of Manchester City Council Richard Leese said in the Manchester Evening News.

“It allows the establishment of a central command structure to oversee the response and enables agencies involved to draw on extra resources.”

The city council did not immediately respond to an emailed request for comment from Reuters.

The pandemic has killed more than 46,000 people in Britain, the fourth highest toll in the world, according to a Reuters tally collated on Sunday.