KUALA LUMPUR (Reuters) – Malaysia on Friday detained hundreds of refugees and migrant workers for illegally living in the country, rights groups said, at a time of movement and travel restrictions imposed to contain the spread of the new coronavirus. 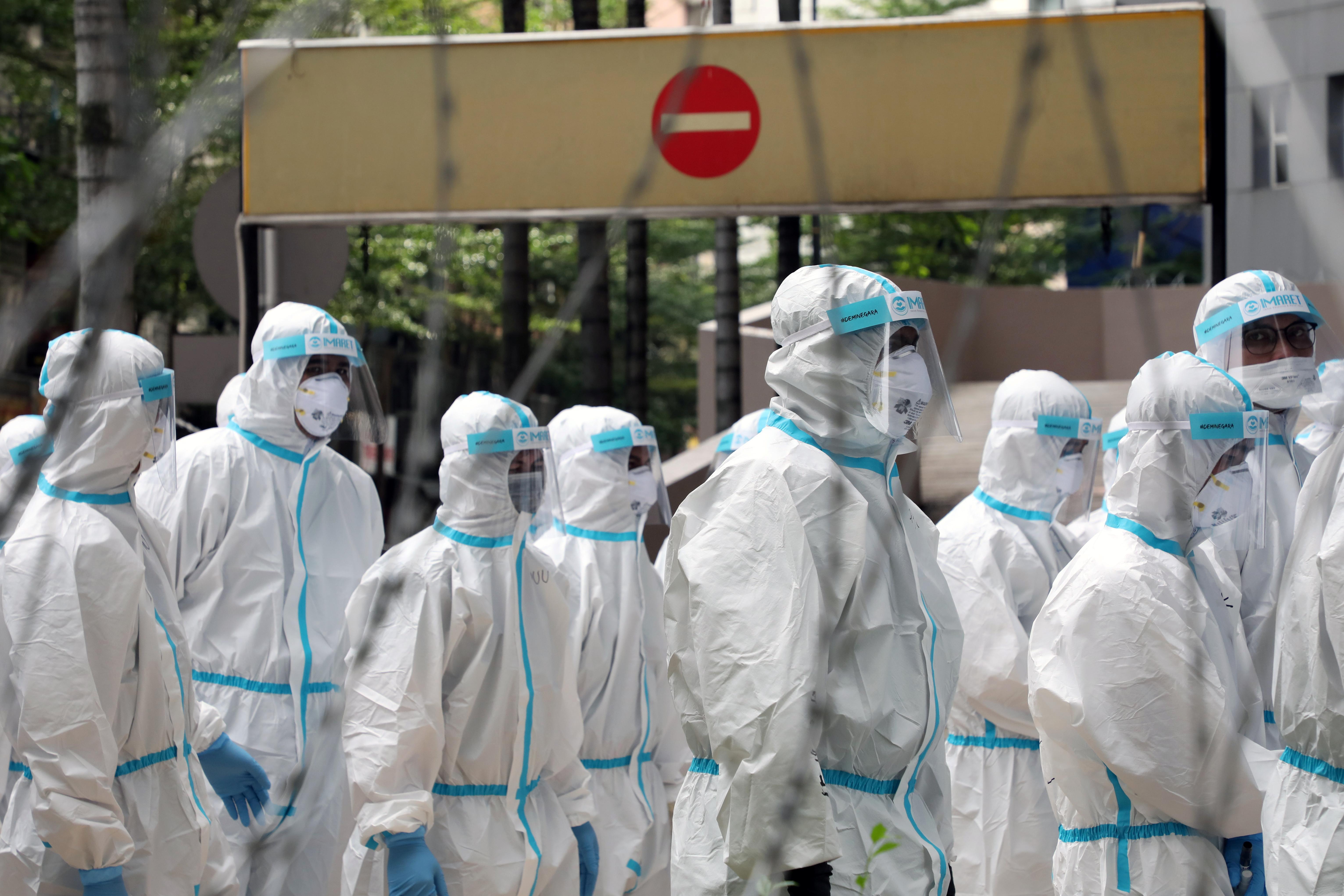 There has been growing public anger in recent days over the presence of migrant foreigners with some in Malaysia accusing them of spreading the coronavirus and being a burden on government resources.

Malaysia has around 2 million registered foreign workers but authorities estimate many more are living in the Southeast Asian country without proper documents. Malaysia does not formally recognise refugees, regarding them as illegal migrants.

The arrests followed immigration raids in a neighbourhood in capital Kuala Lumpur where thousands of migrant workers and refugees live, according to human rights groups and photos shared on social media.

Human Rights Watch and the Asia Pacific Refugee Rights Network said over 700 migrants were taken into custody including young children. Rohingya refugees from Myanmar were among those detained, other rights groups said.

Malaysian police and the immigration department did not immediately respond to requests for comment.

The United Nations High Commissioner for Refugees said a “small number of asylum seekers” had been detained and it had informed by authorities that refugees and asylum-seekers were being held for the purpose of identity verification.

A Malaysian official who spoke to Reuters on condition of anonymity said the foreign workers, mostly from South Asia, were detained because they did not have the necessary permits and that more raids would be conducted in the coming days.

Rachel Tan, programme officer at the Asia Pacific Refugee Rights Network, said the arrests were a “criminalisation of a people who toil in difficult and dangerous work conditions”.

The neighbourhood where the raids took place was close to an area with three buildings that had been placed under strict lockdowns last month after a surge in coronavirus cases there.

Around 9,000 people live in the buildings, most of whom are foreign nationals, and 235 of them have tested positive for COVID-19, the respiratory illness caused by the virus, the government has said.

Malaysia has reported a total of 6,071 coronavirus cases and 103 deaths, and its prime minister said on Friday that most businesses will reopen from Monday following six-week long curbs that have caused a damaging economic slowdown.

Photos shared on social media showed dozens of migrant workers lined up in close quarters as authorities watched from the sidewalk. Some officials were seen wearing full protective equipment, while the migrant workers only had masks on.

Other photos seen by Reuters showed dozens of migrants packed in trucks that typically carry illegal foreign nationals to immigration detention centres, which are known to be cramped and unhygienic.

“This is not at all humane,” rights advocate Tan said. “Even innocent children and babies were being dragged onto the trucks like cattle.”

Migrant workers have been a particularly vulnerable community during the pandemic. In neighbouring Singapore, thousands of infections have been linked to migrant worker dormitories.