KUALA LUMPUR (Reuters) – Malaysian former prime minister Najib Razak, fighting dozens of charges over a multi-billion-dollar graft scandal at state fund 1MDB, faces his first verdict on Tuesday in a landmark case that tests the country’s efforts to stamp out corruption and could have big political implications. 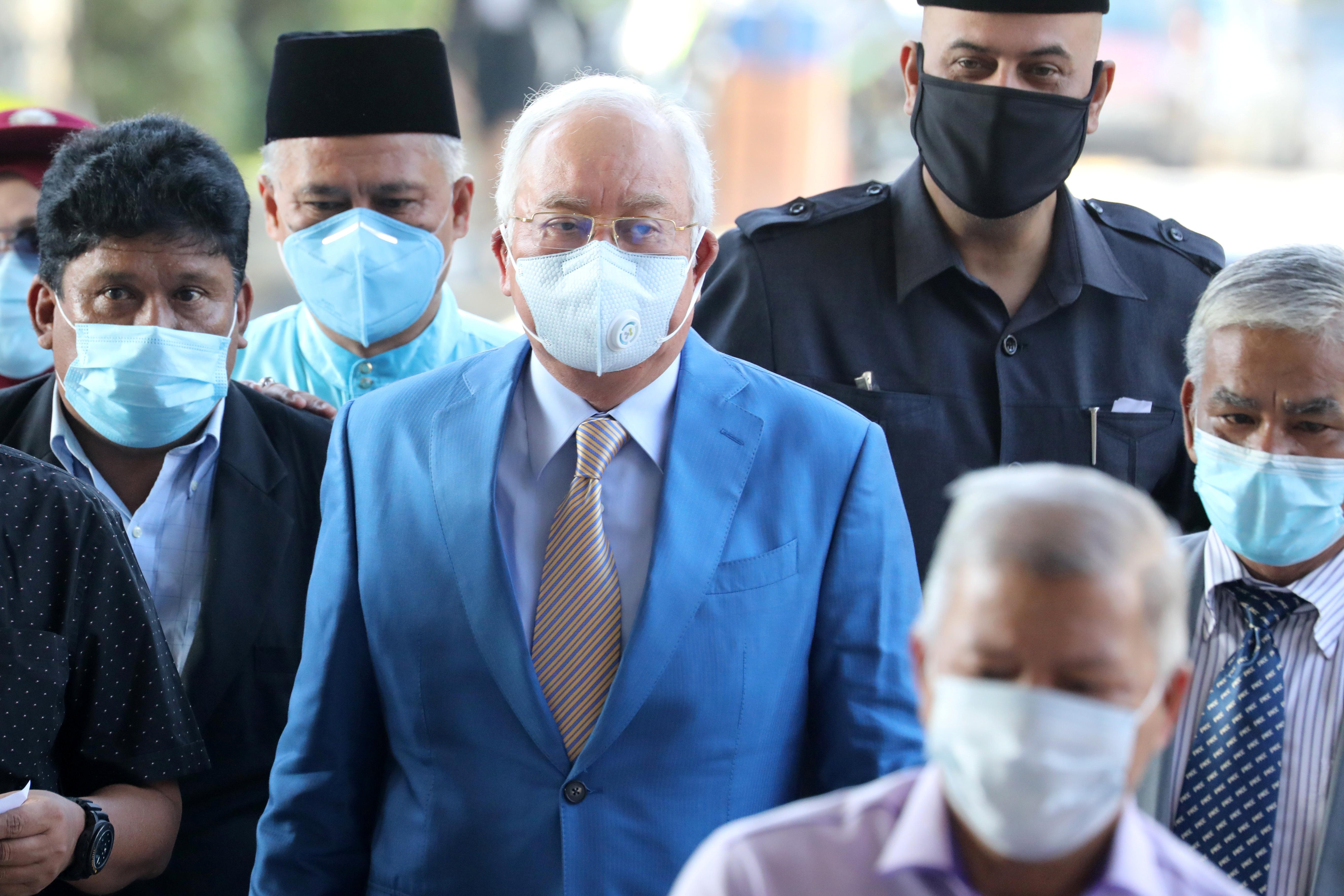 Najib was voted out in a historic 2018 election amid public anger over allegations that $4.5 billion was stolen in a globe-spanning scheme from 1Malaysia Development Berhad (1MDB), a fund he co-founded. Prosecutors allege more than $1 billion made its way into his personal accounts.

His party returned to power this year in an alliance led by Prime Minister Muhyiddin Yassin, prompting some to question how whether the return would affect several corruption cases against Najib and his allies.

For Najib, the verdict in the years-long saga, which has seen a spectacular fall from extreme opulence and a dominant position in Malaysian politics, marks a reckoning for the urbane, British-educated politician – potentially decades in jail or a partial vindication.

It also comes just four days after the announcement of a $3.9 billion settlement with Goldman Sachs in return for Malaysia dropping criminal charges against the investment bank over its role in helping 1MDB sell $6.5 billion in bonds.

Najib will first hear the verdict on seven charges he faces over receiving 42 million ringgit ($9.9 million) from former 1MDB unit SRC International in 2014. He has pleaded not guilty to criminal breach of trust, money laundering and abuse of power.

Najib testified that he was misled by Malaysian financier Jho Low and other 1MDB officials into believing the funds were donated by the Saudi royal family and not misappropriated from SRC, as prosecutors charge. Saudi Arabia’s foreign minister said in 2016 that the funds were “a genuine donation,” but the government has not commented on the case since.

“We believe we have adduced more than enough evidence to cast reasonable doubt on the prosecution’s case,” defence lawyer Harvinderjit Singh told Reuters.

If convicted, Najib could face hefty fines and jail terms of as much as 15 to 20 years on each charge.

It is unclear if he would be sentenced immediately if found guilty. Singh said sentencing could be delayed or suspended due to the complex nature of the case.

The verdict and Friday’s settlement, seen as a boost to Muhyiddin’s fledgling four-month old administration, come amid speculation the prime minister may call elections soon. Muhyiddin has a slim majority in parliament, and the opposition is gearing up for polls.

Liew Chin Tong, an opposition politician, said a guilty verdict for Najib could boost Muhyiddin’s popularity. But it could also create tensions within the ruling coalition – Najib’s party is the biggest component – and increase calls for a snap election, he said.

Najib no longer leads the party but remains highly influential.

He declined to comment on the upcoming verdict but appeared relaxed on Thursday, celebrating his 67th birthday by sharing a cake with supporters at the Kuala Lumpur courthouse where he has become a regular presence the past two years.

Low, who faces charges in Malaysia and United States over his central role in the case, also denies wrongdoing. The offices of the prime minister and the attorney-general did not respond to requests for comment.

Muhyiddin this month said he would work to implement broad anti-corruption reforms, amid concerns raised by activists over the fate of several high-profile graft trials.

“If you continuously have high-profile cases being dropped, people can’t believe that,” said Transparency International Malaysia director Muhammad Mohan. “The real victory will come only when there are convictions.”

The global watchdog expects Malaysia’s ranking on its corruption perception index to fall this year.

The verdict also comes as Najib enjoys a resurgence in popularity after embarking on an extensive public makeover, adopting a more personable tone to replace his image as a wealthy elite.

He maintains an active social-media presence, hitting out at the opposition and posting light-hearted updates on Facebook, where he has over 4 million followers, more than any other Malaysian politician.