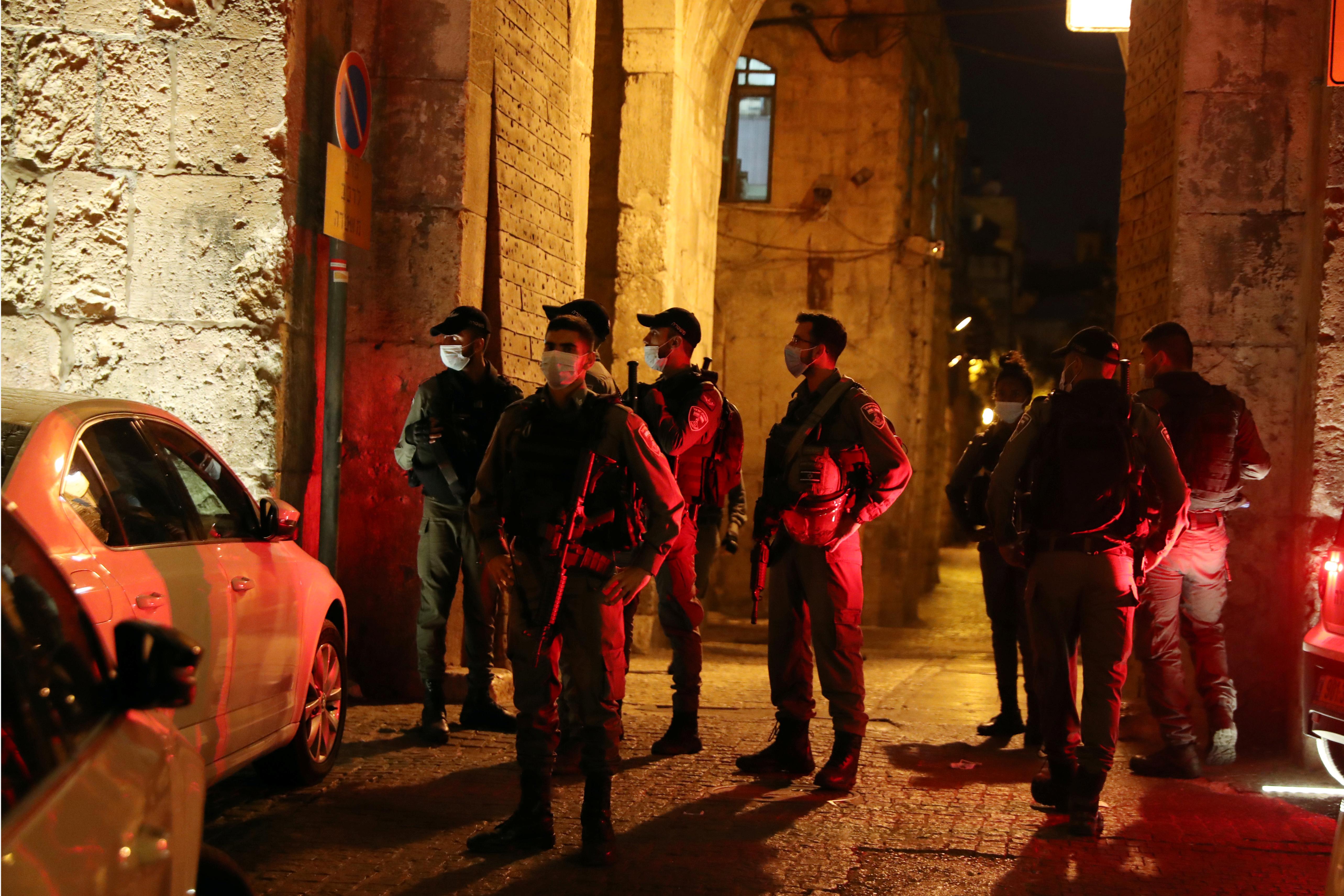 JERUSALEM (Reuters) – A knife-wielding man wounded an Israeli policeman in the Old City of Jerusalem and was shot dead by an officer on Monday, a police spokesman said.

The slain man’s identity was not immediately clear, the spokesman said.

The Old City and other parts of East Jerusalem, which Palestinians want for a future state, have seen sporadic Palestinian street attacks on Israelis since U.S.-sponsored peace talks broke down in 2014.

Video footage circulated on social media, and which Reuters could not immediately verify, showed a man who appeared to be in his 20s or 30s wearing a surgical mask and lying motionless in an alley as an Israeli policeman pointed a pistol at him.