ROME/NEW YORK (Reuters) – Italy was among a slew of countries easing lockdown restrictions on Monday to resurrect their economies, but officials cautioned against moving too swiftly as new coronavirus cases passed 3.5 million globally and deaths neared a quarter of a million. 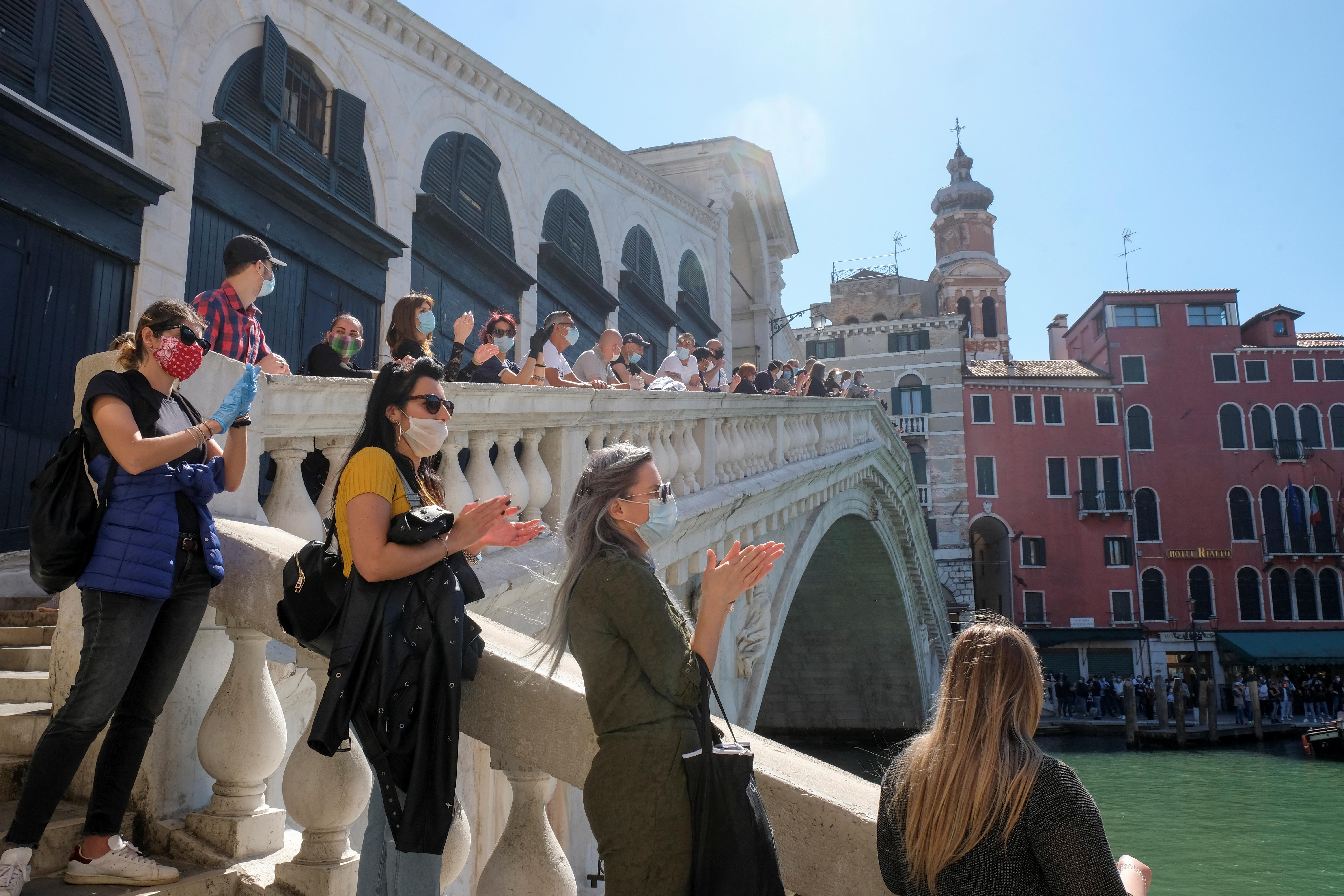 Italy, among the world’s hardest-hit countries, started to relax the longest lockdown in Europe, allowing about 4.5 million people to return to work after nearly two months at home. Construction work can resume and relatives can reunite.

“I woke up at 5.30 a.m. I was so excited,” said Maria Antonietta Galluzzo, a grandmother taking her three-year-old grandson for a walk in Rome’s Villa Borghese park, the first time they had seen each other in eight weeks.

“He has grown by this much,” she said, holding up three horizontal fingers.

Spain, Nigeria, Azerbaijan, Malaysia, Israel, Tunisia and Lebanon were also among countries easing some restrictions, variously reopening factories, construction sites, parks, hairdressers and libraries. In the United States, around half of states partially reopened their economies over the weekend.

The easing comes as the daily rate of new COVID-19 cases worldwide has been sitting in a 2%-3% range over the past week, down from a peak of around 13% in mid-March.

Global cases have risen to around 3.52 million, according to a Reuters tally based on government data. However, cases may cause only mild symptoms and not everyone with symptoms is tested, while most countries only record hospital deaths.

“We still have to be sceptical about the numbers we get,” said Peter Collignon, an infectious diseases physician and microbiologist at Canberra Hospital. “We could easily have a second or a third wave because a lot of places aren’t immune.”

Countries are only gradually reopening due to such fears and warnings from officials not to lower their guard.

In the United States, even as warm weather led sunseekers to flock to green spaces in Manhattan, an epidemic epicentre, President Donald Trump warned the national death toll – now at almost 68,000 – could rise to 100,000.

Italian Prime Minister Giuseppe Conte said his country, where the novel coronavirus has killed almost 29,000 people and over a thousand new cases are reported daily, was still in the “full throes of the pandemic”.

Friends in the country are still barred from meeting up, most shops must stay shut until May 18, and schools, cinemas and theatres remain closed indefinitely.

“It is good to be back, but the world has totally changed,” said Gianluca Martucci, pulling up the shutters on the small warehouse of a catering business in the backstreets of Rome.

“The government has been very wise so far, but I worry that we might be starting up a little too soon … I don’t know if the country could survive a second wave.”

Israel, after weeks of strict closures, has also started to relax curbs in a phased manner. Schools for children in grades 1-3, aged six to nine, have reopened, following the opening of some stores in late April.

People around the world are adjusting to a new normal.

A continuous hum of cars, buses and motorbikes pointed to an increase in early morning commuting in Rome, but traffic was noticeably lighter than before the virus struck and those out appeared to be following the guidelines on social distancing.

In Beirut, restaurants began to reopen but were removing chairs and tables in compliance with government rules that they do not fill beyond 30% of their capacity.

“This is a great step,” said Ralph Malak, a bar owner. “It’s very good for the staff to start to get motivated again, to come back to work, and for the economy to start moving.”

Hairdressers were allowed to partially reopen, with barbers operating on certain days and women’s salons on others.

Iran, which has reported more than 6,000 deaths, is due to reopen mosques in 132 cities on Monday. Worshippers must maintain social distancing, wear masks and gloves and not stay for more than half an hour, the ISNA news agency reported.

WAR OF WORDS ON VIRUS

While stringent measures to curb the outbreak have often been broadly backed by the public, governments are counting the economic price.

Factory activity was ravaged across the world in April, business surveys showed, and the outlook looked bleak as shutdowns froze global production and slashed demand. As a result, the global economy is expected to suffer its steepest contraction on record this year.

“This past week saw the amazing coincidence of the publication of the deepest quarterly economic decline in the Western world in almost 100 years and the conclusion to the strongest monthly equity rally in more than 30 years,” said Erik Nielsen, chief economist at UniCredit. 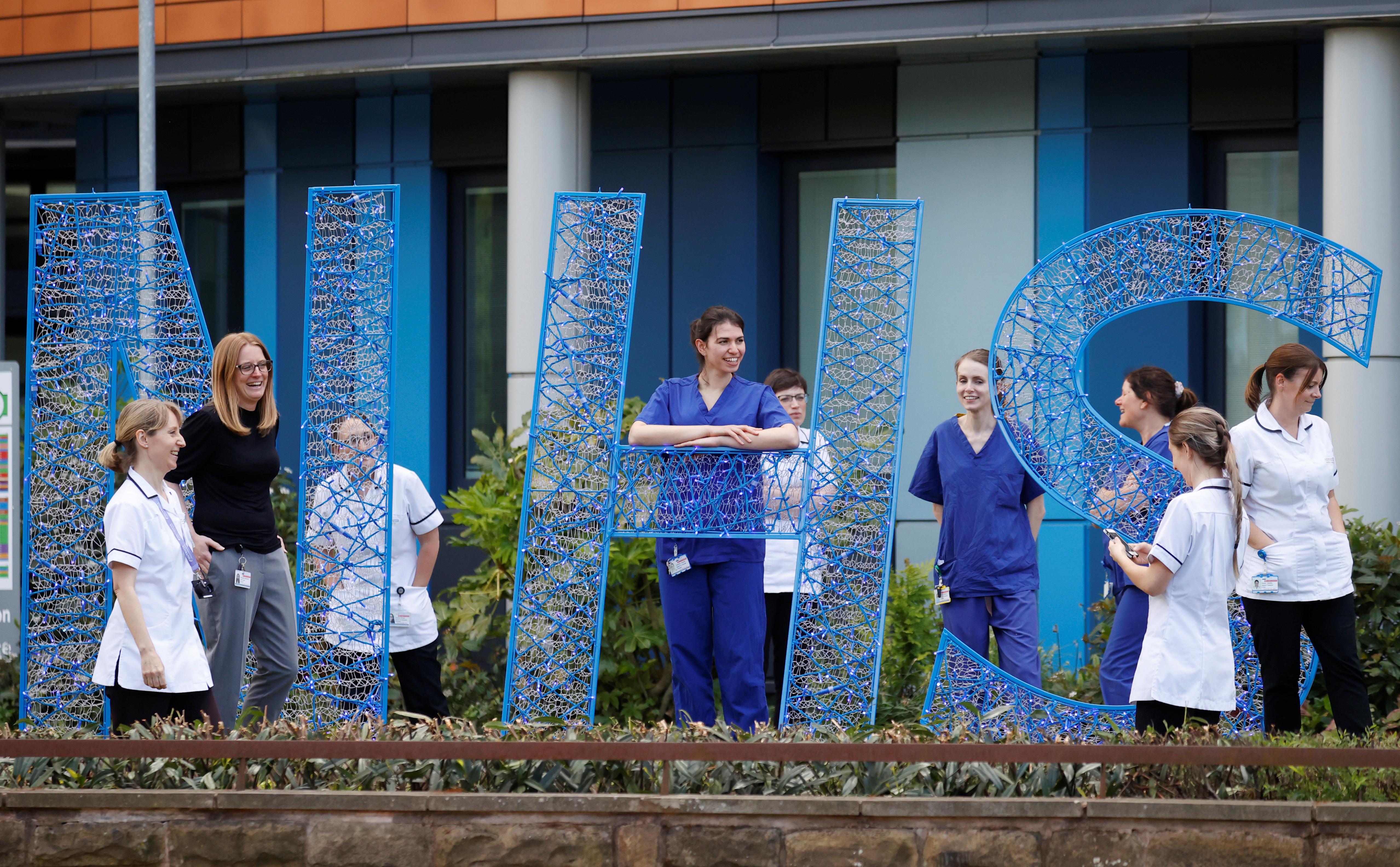 Escalating tensions between the United States and China over the origin of the pandemic drove down stock markets and oil prices on Monday as investors feared a new trade war.

U.S. Secretary of State Mike Pompeo said on Sunday there was “a significant amount of evidence” that the virus emerged from a laboratory in the Chinese city of Wuhan. He did not provide evidence or dispute an earlier U.S. intelligence conclusion that the virus was not man-made.

An editorial in China’s Global Times, run by the ruling Communist Party’s official People’s Daily, said he was “bluffing” and called on Washington to present its evidence.