Attempts to stabilise the stricken vessel and pump 4,000 tonnes of fuel from its hold have failed. 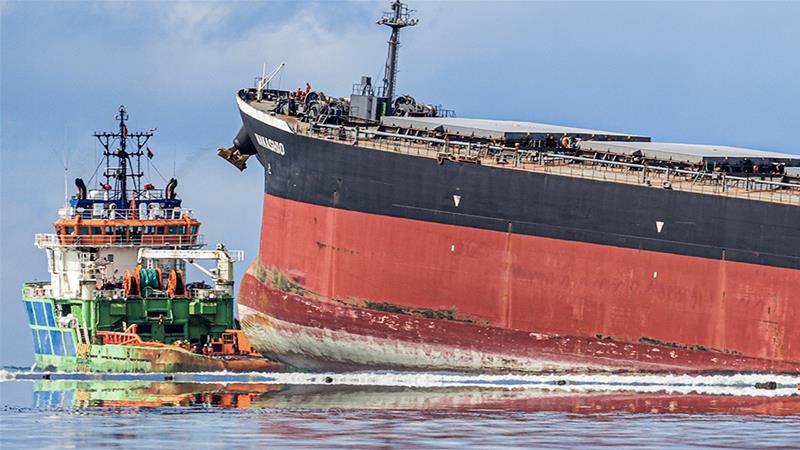 Police in Mauritius prepared to board a grounded ship leaking tonnes of oil into its crystal-clear waters, as clean-up crews confront a growing ecological disaster on the archipelago’s pristine shores.

The ship’s captain, a 58-year-old Indian national, will accompany officers on the search, police officials said.

Twenty crew members evacuated safely from the Japanese-owned, Panamanian-flagged ship when it ran aground are under surveillance.

The MV Wakashio, operated by Mitsui OSK Lines, struck the reef on the southeast coast of Mauritius on July 25.

On Sunday, Mitsui OSK apologised for the major oil spill, in which estimated 1,000 tonnes of oil mixed to the Indian Ocean.

“We apologise profusely and deeply for the great trouble we have caused,” Akihiko Ono, executive vice president of Mitsui OSK said at a news conference in Tokyo.

He added that the company would “do everything in their power to resolve the issue”.

Attempts to stabilise the stricken vessel and pump 4,000 tonnes of fuel from its hold have failed, and local authorities fear rough seas could further rupture the tanker.

Hundreds of volunteers, many smeared head-to-toe in black sludge, are marshalling along the coastline, stringing together miles of makeshift cordons in a desperate attempt to hold back the oily tide.

But already, the thick sludge has inundated the island nation’s unspoiled lagoons, marine habitats and white sand beaches, causing unprecedented damage to the fragile coastal ecosystem upon which Mauritius and its economy relies.

“People have realised that they need to take things into their hands. We are here to protect our fauna and flora,” said Ashok Subron, an environmental activist at Mahebourg, one of the worst-hit areas.

Neither Mitsui OSK nor Nagashiki Shipping, the ship’s owner, could confirm the cost of damages from the oil spill.

Mauritius declared a state of “environmental emergency” on Friday following the accident. 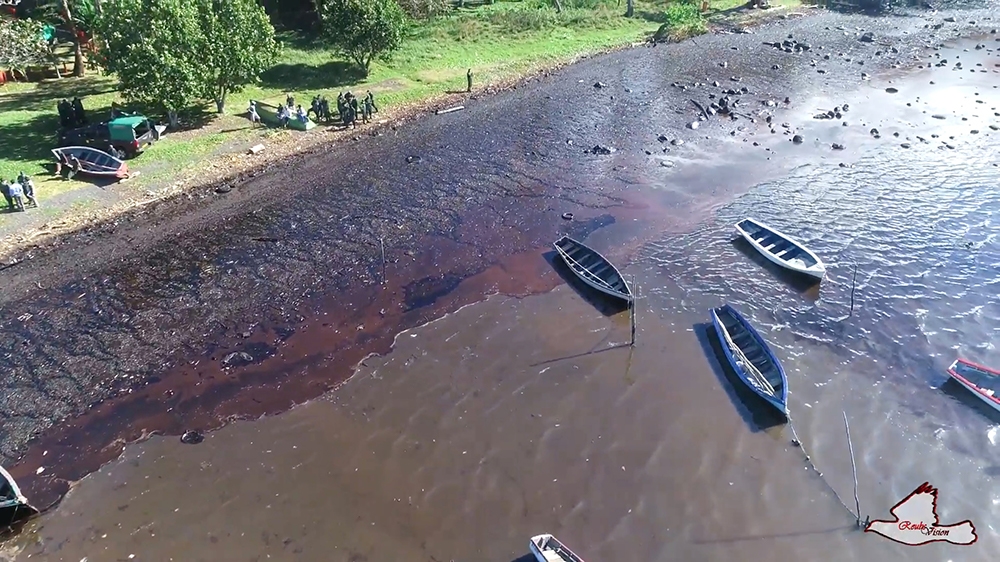 PM Jugnauth said the spill “represents a danger” for the country of 1.3 million people that relies heavily on tourism and has been hit hard by the coronavirus pandemic.

Japan will dispatch a six-person disaster relief team, on the request of the Mauritius government, to help with clearing up the spill, according to a statement by the Japanese Foreign Ministry on Sunday.

“We hope that this assistance will contribute to recovery of the environment of Mauritius and prevention of marine pollution,” the statement said.

French President Emmanuel Macron announced on Saturday that his country was sending help from the neighbouring island of Reunion, a French overseas territory.

A military aircraft carrying pollution-control equipment would make two flights over the spill site, while a naval vessel carrying booms and absorbents would also set sail, authorities in Reunion said.

Mauritius also appealed to the United Nations for urgent aid, including experts in containing oil spills and environmental protection.