Famous for their architecture, mathematics and astronomical beliefs, the Maya date back more than 4,000 years, to what is believed to be the cradle of their civilisation in Guatemala. But the ancient “forgotten” town on Kiuic is now starting to question that theory. First documented in the 19th century, the settlement in the Mexican state of Yucatan was at the centre of an incredible find when a temple was uncovered by modern-day archaeologist Dr George Bey.

But his team revealed during National Geographic’s ‘Lost World of the Maya’ documentary how the discovery of parts of an ancient mask sparked an even more incredible possibility.

The series explained: “The ancient Maya often attached sculptures like these to the facades of royal buildings.

“It’s a watershed clue and further excavation reveals the corner of a building.

“As the team peels back the pyramid, a royal palace emerges. 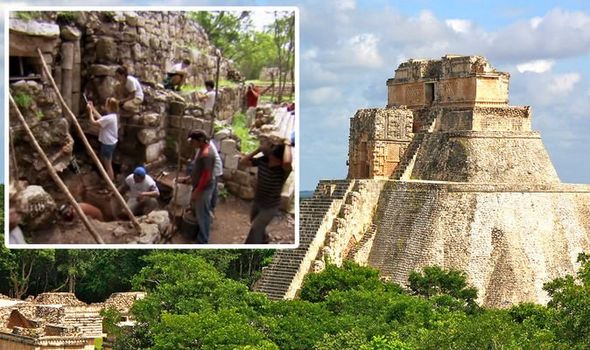 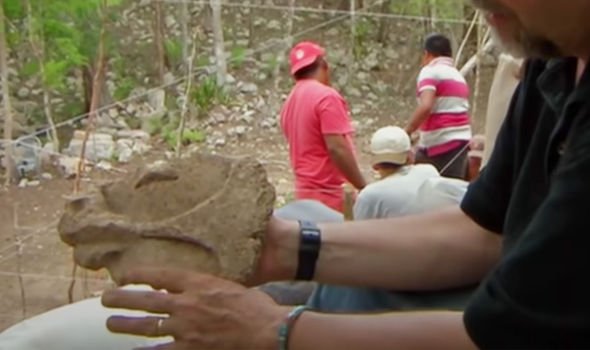 “It consists of three buildings – a temple on one side, the royal family’s residential quarters on the other and a throne room in the middle.

“But why would the king of Kiuic build a pyramid on top of a palace?”

Kiuic was abandoned by the civilisation 1,200 years ago, but Dr Bey detailed why the discovery could prove it once served a much greater purpose.

He said: “The Maya see spaces as having power, it’s not uncommon to see in many different forms the building of one on top of another. 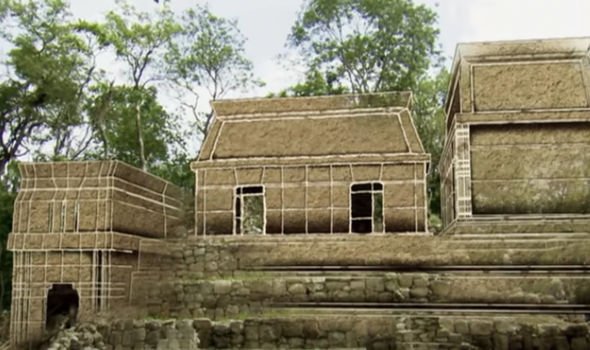 “Our argument is that this is attempts to legitimise power.”

The first Maya cities developed around 750BC, and by 500BC these cities possessed monumental architecture, including the large temples seen today.

Bizarrely, the pyramid the team discovered dated to 800AD and analysis of pottery fragments confirmed the foundation under the pyramid was 300 years older.

The narrator explained their theory.

He said: “[Dr Bey] believes an early king of Kiuic, perhaps even the founder of the town’s royal dynasty, built the palace.

“Centuries later, another king built a pyramid over his ancestor’s home, making the direct connection to the former power and enhancing his own. 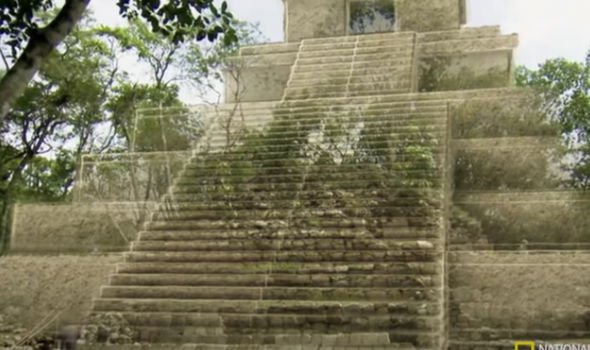 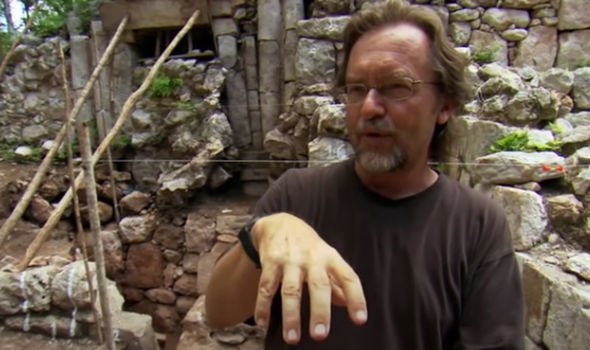 “The palace may be most remarkable for another reason.

“The king who built the pyramid was not a late transplant from the south, but a descendent of a royal family that had been in Kiuic for a very long time.

“It now seems clear that here in the Yucatan there was a previously unknown Maya mega-society that was just as old and just as powerful as the south.”

And Dr Bey said it could question everything archaeologists thought they knew.

He continued: “We don’t really know where the cradle of the Maya society is anymore.

“What we are learning is that there may have been multiple cradles.”