Russian men are fleeing their homeland, reportedly in their tens of thousands, after Vladimir Putin issued an order to mobilise reservists as the invasion of Ukraine stagnates. In recent weeks, the Ukrainian armed forces have been able to launch precise and devastating attacks on Russian military targets in occupied regions, Western intelligence officials believe.

As Russian troops on the front line face exhaustion and demoralisation seven months into the war, which is believed to have taken tens of thousands of Russian lives, Putin appears to believe unwilling replacements yet may win him the battle.

Putin said on September 21 that a partial mobilisation would take place, with Sergei Shoigu, his defence minister, later clarifying that 300,000 reservists would be called up.

However, reports in opposition Russian media suggested that up to one million people could be called up, sparking a wave of public protests.

Since the mobilisation was announced, many young Russians have been fleeing the country into bordering nations, including Georgia. 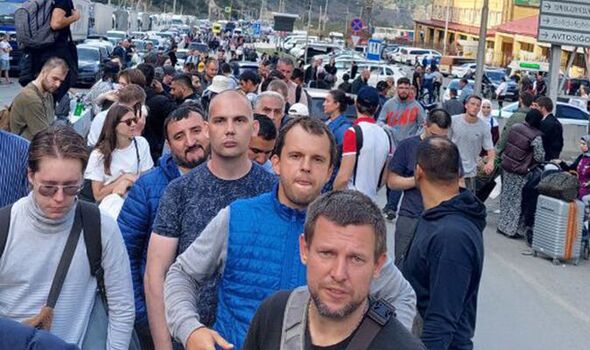 Satellite images show lengthy queues of Russian cars at the border with Georgia.

Russia has denied a rumour that it might close border crossings in a bid to stop reservists leaving the country.

Independent Russian outlets suggested that it could close its borders to those eligible for conscription as early as tomorrow.

One of those men who decided to take flight after the draft was announced is Rodion Logvin. The 30-year-old Moscow resident who left home a few hours after Putin spoke. 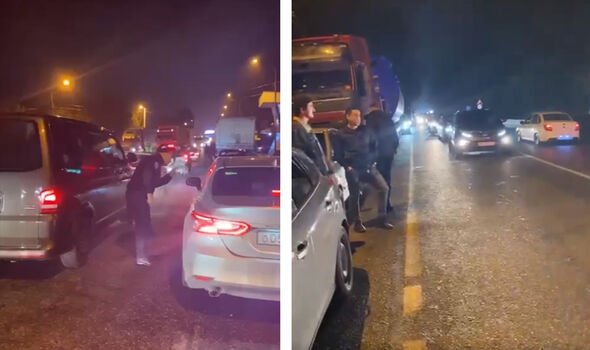 He told the Moscow Times: “By the end of that day, I had packed my belongings, given some instructions to my mother and left Moscow.

“The emotions were really overwhelming.”

Mr Logvin dodged Russian police checkpoints as he drove around 2,000 kilometres before he arrived at the queue for the Georgian border.

He finally arrived in the Georgian capital Tbilisi over the weekend.

DON’T MISS:
Car crash politics as Kwarteng ‘hits the gas’ but BoE ‘slams brakes’ [INSIGHT]
Voters want Boris to stay as an MP with hopes he can make a comeback [REVEAL]
Labour refuses to confirm if top-earner tax cut would be reversed [REPORT] 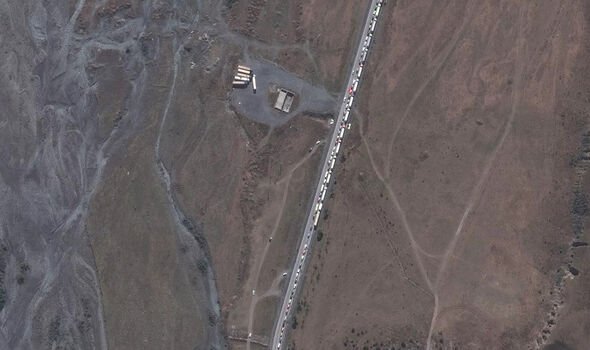 He described the desperation that met him at the border, which he only got to after a gruelling wait.

Mr Logvin described the scene as “total chaos”, waiting 34 hours in gridlock before he finally crossed the border on Saturday.

He said: “There are no gas stations. The nearest toilet is two kilometers from the border. We had to defend our place in line. It felt like a battle.” 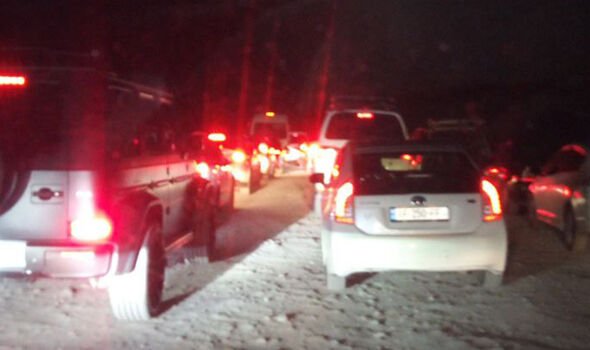 Four days since Russia’s first conscription since World War 2, around 260,000 fighting-age men have fled, according to Novaya Gazeta, an independent Russian newspaper, citing a Kremlin source.

Many of the men are heading towards Georgia and Armenia in the south, as well as via Belarus and Turkey.

Several local outlets have said that armoured personnel carriers have been spotted dispatched to the border.

On Monday, Russian news outlet RBK reported that the FSB, Russia’s security service, had sent a an armoured carrier to the Georgian border.

The FSB told it that the carrier was needed purely “in case reservists decide to break through the checkpoint and leave the country without going through any border crossing procedures”, adding “only for that purpose”.

Earlier today, footage posted on social media purportedly from a road near the border crossing showed a convoy of Russian military trucks driving through.