Thunderstorm warnings were issued by the Met Office last weekend. According to the latest forecasts, a weather system coming up from Spain could bring further thunderstorms to the UK this Friday.

He said: “In terms of the set up for Friday, we are watching a plume of air which will be coming up from Iberia, and that will be bringing the potential for quite heavy rain on Friday for the south parts of Britain, Wales and the West Midlands.

“I know we are looking at thunderstorm warnings being issued for that particular feature, but they have not been issued yet… we are monitoring that.

“Within that, there would be reasonably heavy rainfall and sharp showers, possibly with a rumble of thunder here and there. 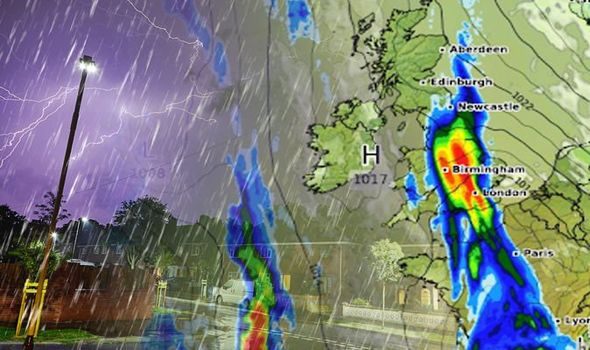 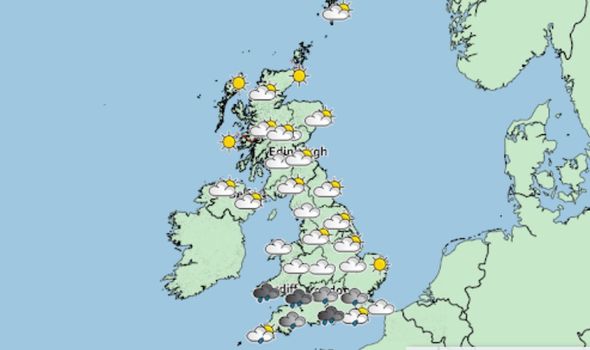 “Nothing too much to worry about first, obviously the rain that will be coming up will be the first rain some regions have had for some little time, so obviously it’s falling on quite dry ground.

“But we could see quite heavy rainfall within a short time when you get these sorts of systems, as they can be quite intense.

“Some places may not see rain, it’s not a weather front coming up which will deliver rain across a broad band.

“But we are likely to see showers, and some of those showers could be heavy and possibly thundery during the day on Friday as we get this warmer air dragged up from Spain.” 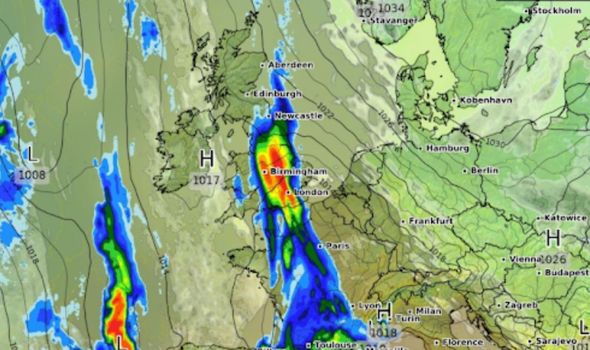 This plume is forecast to continue to track northwards over the UK this weekend.

Mr Madge added: “In terms of the weekend, that system as it comes up on Friday will gradually move further north.

“By midnight on Friday into Saturday, we’ll probably see that system extending more across north Wales, the north west and the Midlands, and then during Saturday showers will remain – not as intense as during Friday but there will be some isolated showers.

“More cloud around, but it will get more cloudy towards the weekend and we could see further showery outbreaks occurring in the south west on Monday.”

Friday’s predictions will mark the UK’s second thunder event in April, as a swathe of England and Wales was placed under a yellow thunderstorm warning on Easter Sunday.

In terms of temperatures, today London is expecting to see highs of 19C.

On Thursday the capital could see highs of 23/24C and on Friday, London could see temperatures around 17/18C.

Elsewhere in the UK, on Friday Glasgow is forecast to see highs of 14C, while Nottingham has predicted highs of 15C on Friday and 14C on Saturday. 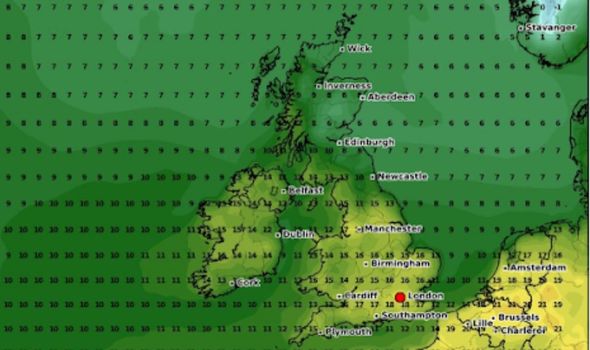 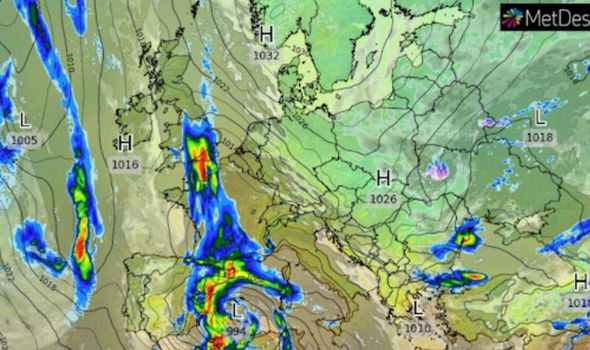 The Weather Outlook forecast: “Tomorrow [Thursday] low pressure will be approaching from the southwest.

“It leads to a risk of showers in south western England and southern Wales.

“The rest of southern and central Britain has warm sunny spells. Temperatures could reach 22C (72F) in the London area.

“The north remains dry but cloudier conditions spread southwards and in the north east it will be a lot cooler.”