Heavy rain and unseasonably strong winds of 81mph will smash the UK throughout the day. Yellow weather warnings have been put in place covering most of the UK as flooding and travel disruptions are expected.

Met Office chief meteorologist, Steve Ramsdale, said: “Storm Francis arrived early on Tuesday morning, bringing another spell of wet and windy weather for the UK over the next few days.

“Wind speeds this strong are unusual during August and may come as a surprise to people spending time outdoors trying to catch the last few days of summer.

“A number of severe weather warnings have been issued and these warnings can be updated regularly so please keep up to date with the latest Met Office forecast.”

A deep Atlantic low-pressure system is continuing to bring heavy rain in northern parts of the UK. 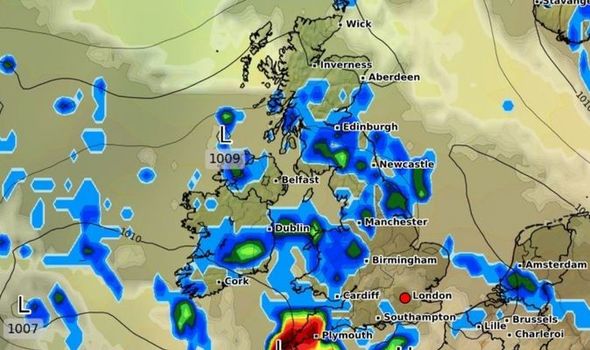 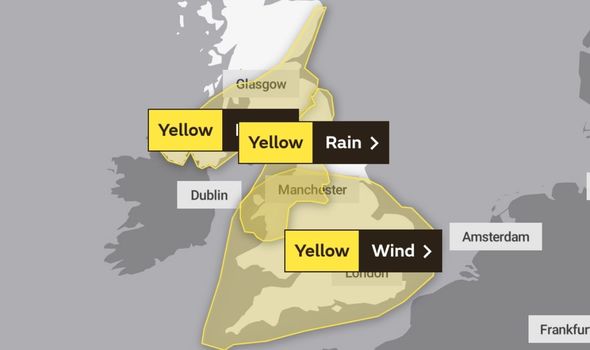 A yellow weather warning for wind is also in place for most of England and Wales.

Flooding of a few homes and businesses is expected as well as bus and train disruptions.

The Met Office have warned that injuries and danger to life is possible from large waves being thrown onto the sea front and coastal roads. 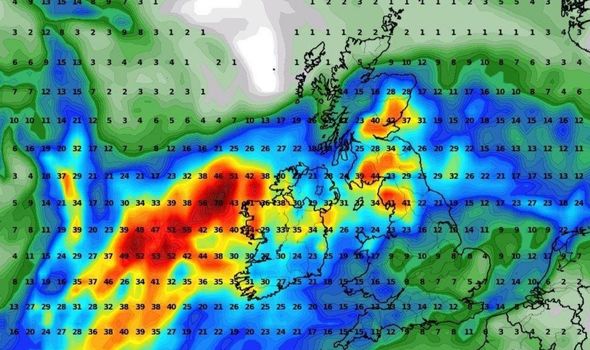 It also warned that power cuts could occur in some parts of England due to the heavy winds.

Mr Snell said the weather will be gradually improving on Wednesday. 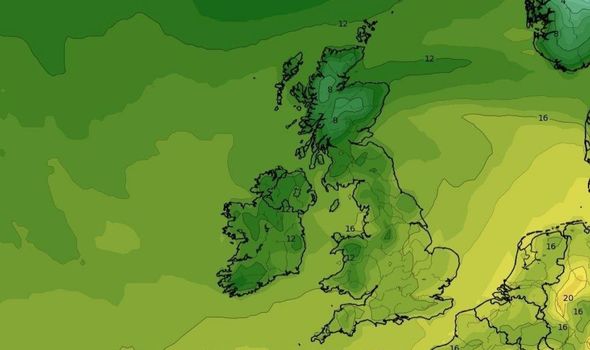 But he highlighted that it will take a while for eastern parts of the UK to see the winds calm down.

The strongest gust of wind recorded on Tuesday was 81mph which hit The Needles near the Isle of Wight in the evening.

The wettest place yesterday was in north Wales at Bethesda where 101mm of rain was recorded.

RAC Breakdown spokesman, Rod Dennis, said: “Until the middle of Wednesday, drivers need to brace themselves for some very unpleasant conditions on the roads.

“An amber weather warning covering a swathe of western Britain means there is a real risk of disruption to journeys from flying debris such as tree branches. 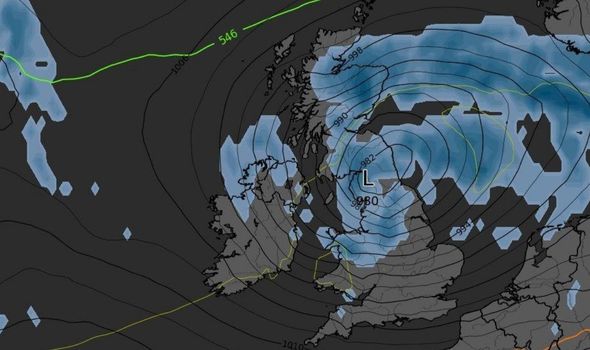 “Surface spray and perhaps some localised flooding are also possible.

“We urge everyone to anticipate longer journeys, especially if they are travelling any great distance, and to make sure their vehicles are road-ready.

“Drivers must slow down and drive to the conditions, especially if they are towing.”

As Storm Francis gradually clears this week, the Bank Holiday weekend looks to be sunnier in most parts of the UK.