The US President has been polling consistently at around ten points behind his opponent Joe Biden throughout the campaign. Even in key swing states, the Democrats appear to be in control. However, Mr Trump will find some encouragement from 2016, where his votes from these key regions were undercounted in the buildup to his shock victory over Hillary Clinton. Nonetheless, it appears some of his closest allies are anticipating that the US President will be ousted from the White House after just one term.

Mike Pompeo, the US Secretary of State, has raised eyebrows in recent months as he breaks norms to involve himself in partisan politics.

Harry Kopp, an author of books about US diplomacy, told Politico this is “entirely unconventional”.

He added: “The employees of the State Department have, by now, I think, no illusions about the partisan nature of their Secretary of State.”

In August, Mr Pompeo broke with tradition observed by his modern predecessors and delivered remarks to the Republican National Convention. 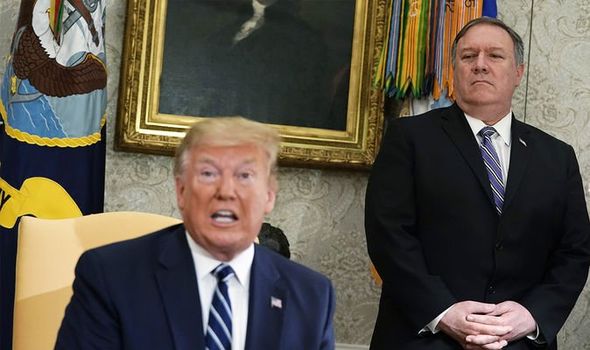 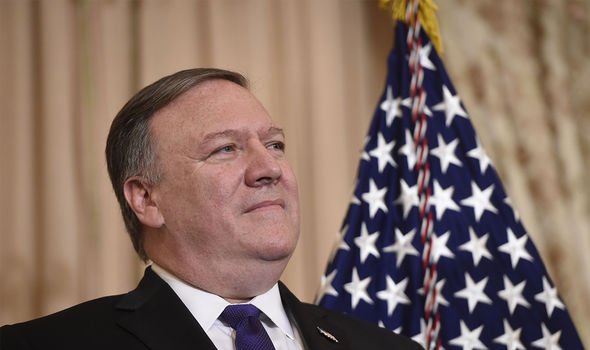 And in weeks following this, he hosted “Madison Dinners” – events that State Department staffers reportedly complain are about promoting his political brand.

This has led to Mr Pompeo being accused of attempting to boost his own profile in case he runs for President in 2024.

Others have claimed that even if President Trump secures a second term in November, Mr Pompeo may not stick around as he could instead opt to plot his 2024 campaign.

One senior US diplomat said: “He’s not even trying to be discreet. It’s completely shameless.”

After Mr Pompeo issued a speech in Jerusalem in August, the Republican’s 2024 ambitions were met with even more speculation. 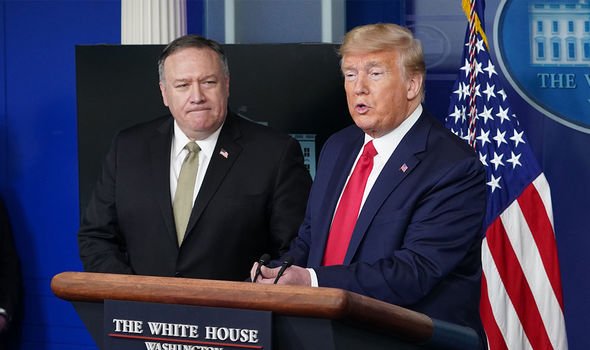 Michael Beschloss, a presidential historian, said: “That was not by accident. There was a feeling that foreign policy should be sacrosanct, and that a Secretary of State should not be mixing that directly in domestic politics.

“If he has any interest in running for President in the future, this is a way of inserting himself into presidential politics, but at the cost of breaking an important tradition in American history.”

Tamara Cofman Wittes, a former deputy assistant secretary of state for Middle East policy in Washington, echoed the feeling that Mr Pompeo could be planning his next political move. 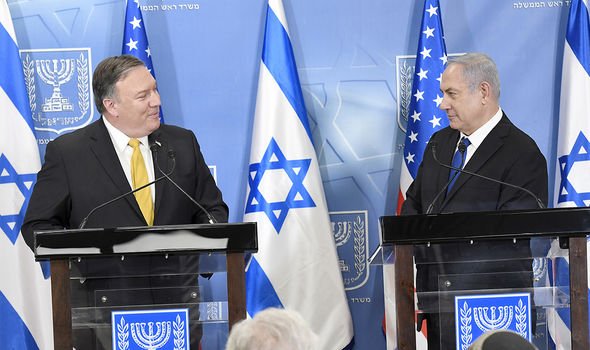 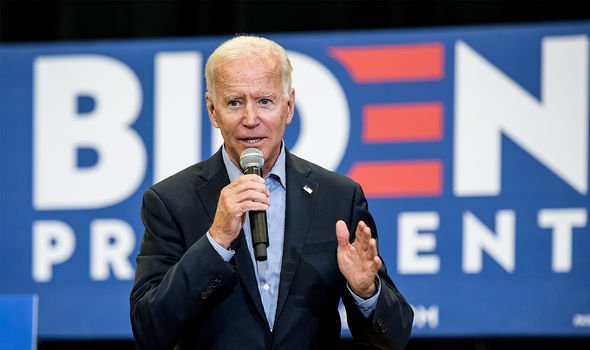 She said: “By speaking in Jerusalem, he is speaking to the evangelical segment of the Republican Party.

“We know Pompeo has broader political ambitions. So is this for Trump? Is this for Pompeo? It’s probably for both.”

Mark Dubowitz, the chief executive of the Foundation for Defence of Democracies, told the New York Times that the speech in Israel could be crucial for Mr Pompeo should he run in 2024.

He said: “I assume that Pompeo is like any other ambitious politician.

“He has the future in mind, and certainly wrapping up the evangelical vote for 2024 is absolutely critical to the success of any Republican candidate. I can’t imagine it’s not in the back of his mind.”