India is facing its worst locust plague since 1993, FRANCE 24 has reported. The international news outlet spoke about how this is another serious blow for the country’s agriculture sector, which is already struggling with the impact of the coronavirus lockdown. Huge swarms of desert locusts have been filmed flying over Jaipur, one of the most populous cities in the nation.

Locusts ruined harvests in the agricultural heartlands of neighbouring Pakistan in April, before entering Rajasthan.

These tens of millions of insects have already destroyed nearly 50,000 hectares of cropland in the country.

Smaller swarms are also active in a handful of states across India.

This is a “hard blow” for the farmers, who have had to deal with strict COVID-19 restrictions. 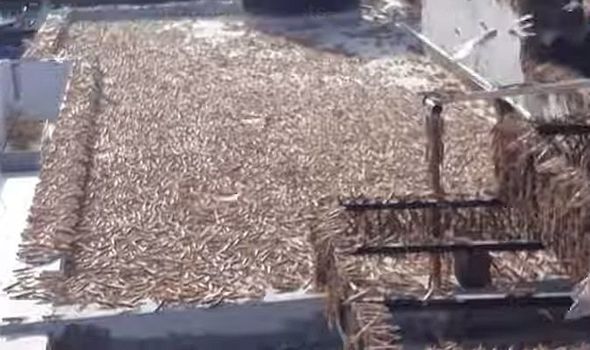 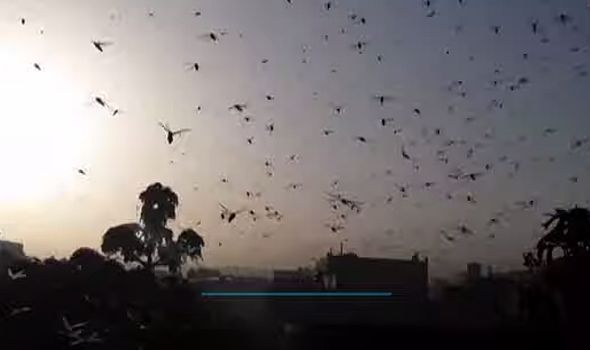 According to the UN’s Food and Agriculture Organisation, a swarm of 40 million locusts can eat as much food as 35,000 people.

The rapid growth of locust populations this year could be linked to the recent Cyclone Amphan.

Tarun Gopalakrishnan from the Centre for Science and Environment told FRANCE 24: “More than usually frequent western disturbances, which are brought in the rains – and the moisture.

“As well as the cyclone, which brought in more favourable weather conditions for locusts to breed.” 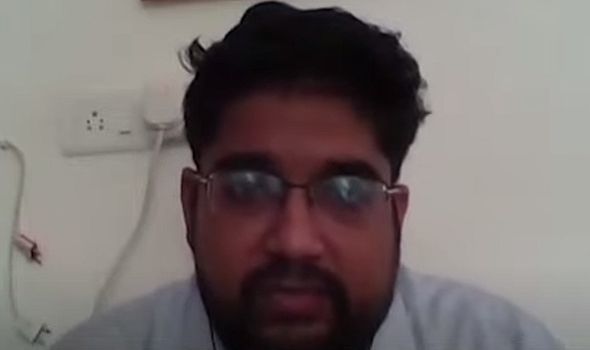 He continued: “These combined have really made this like a bumper season for locust breeding.

“So it’s inevitably linked, because without those events, you still have a growing locust problem, but you certainly don’t have the range of locust extending as far into the Indian heartland as it has this season.”

Drones, tractors and cars have been sent out by the authorities to track the “voracious” pests and spray them with pesticides. 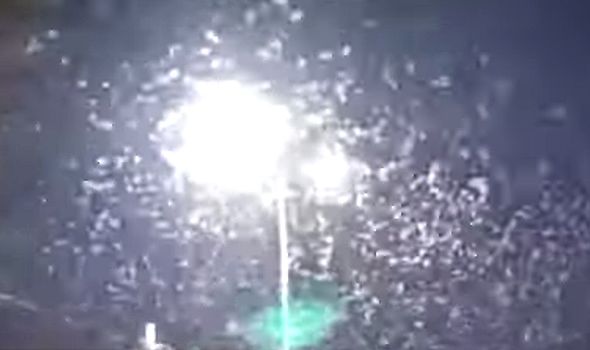 However, the country also recently recorded its biggest single day jump in cases with nearly 8,000 new infections and 265 deaths.

Despite the rising number of cases, the Government has been easing restrictions.

New Delhi had eased restrictions to permit the reopening of shops selling “non-essentials” like books, cosmetics, clothes and appliances.