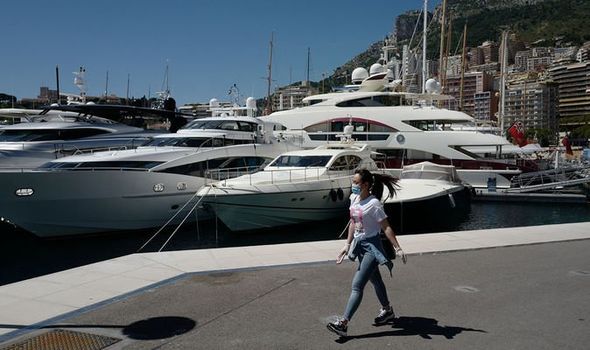 IT IS one of the richest countries in the world, where one in three residents is a millionaire. Ruled by a hereditary monarch who is also the de facto president and even has a seat at the UN, it also has a large and powerful police force ensuring all the laws – however strange – must be strictly adhered to. People walking down the street without shoes or bare-chested can be arrested, while camper vans are prohibited from even driving in the country.

Every corner has CCTV cameras but at the same time income is largely generated from gambling, drinking and partying.

While it might sound like a Middle Eastern domain, this is Monaco, a long-established part of Europe, surrounded by France, but a few miles from the Italian border.

Inside Monaco, a riveting new three-part series for the BBC, delves deep into the nooks and crannies of the tiny city state which at 0.78 square miles – the second smallest country in the world after the Vatican – has become the playground for the rich and famous.

The documentary, narrated by Channel 4 First Dates star Fred Sirieix, has had access to everyone from the country’s monarch, Prince Albert, to housekeepers in its most famous hotels.

The result is the tale of two worlds: the fabulously wealthy who are residents and visitors, and those who serve them.

Swedish supermodel Victoria Silvstedt, below, isn’t the only one to describe the place as a bubble.

Monaco was just a tiny principality made up of clementine and lemon farms when Prince Albert’s ancestor, Prince Charles III, took advantage of new laws outlawing gambling in France and Italy.

“He had this genius idea to allow gambling,” says Lt Col Phillippe Rebaudengo, one of the current Prince’s equerries. 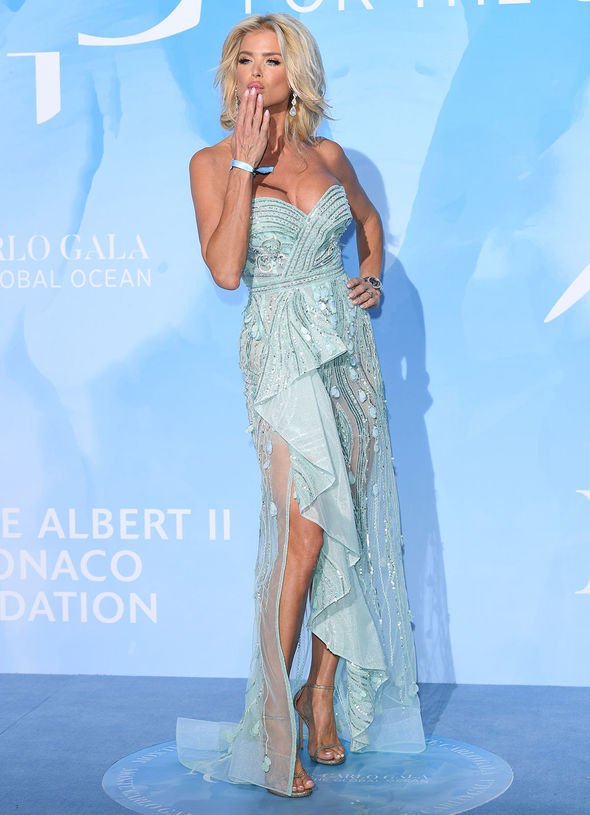 “Before that the land was full of peasants but within 30 years the principality had become terribly rich and the people of Monaco became used to seeing lots of rich people.”

Albert gets to personally decide who can become The Casino citizen.

There are only 9,000 of them’ de Monte Carlo, built in 1863, became a magnet for the wealthy who wanted entertainment and soon hotels were being built around it.

Within six years, the casino was making so much money for Monaco a decision was made to stop charging residents tax.

So then of course the rich wanted to live there, too. 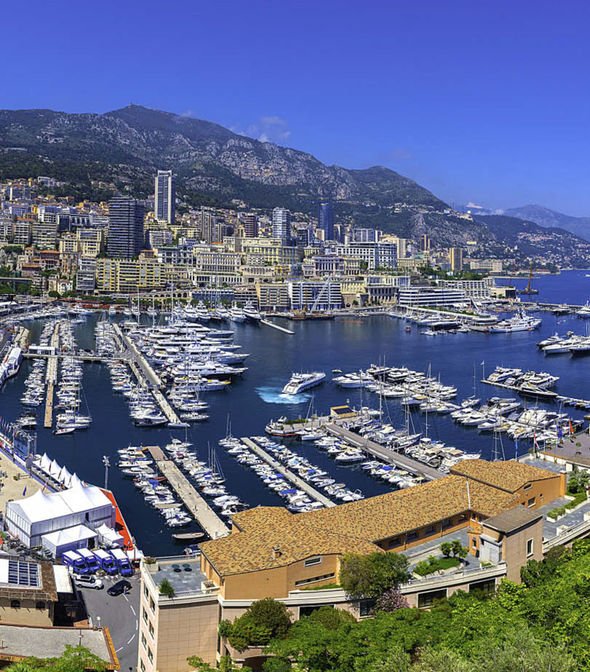 People can only buy a property in Monaco if they have a spare £500,000 in the bank. And they can’t become citizens – a Monegasque – until they have lived there for 10 years.

Even people who marry a Monegasque – and they are rare, there are around 9,000 of them in a country of 38,000 – have to wait 10 years before they can apply to become a citizen too.

Prince Albert still gets to personally decides who can become a citizen.

And yet – even as the high-rise blocks go up and the chance of having a sea view disappears in this tightly-packed space on the Mediterranean – the price of property is shooting up at a rate of 10 percent every year.

A five-storey townhouse with no sea view will set you back a cool £30million.

For the Monegasques, born into this strange world, such staggering house price inflation presents a very particular challenge.

In order not to be completely priced out of their own country, they are hugely subsidised with cheaper rents and housing stock and get preferential treatment for jobs.

But they are not allowed to gamble in the casino – and that rule even applies to the royal family.

The series also offers an intriguing glimpse into the life of Prince Albert, whose family, the Grimaldis, have been rulers of Monaco since they purchased the small area from the Crown of Aragon in 1419. 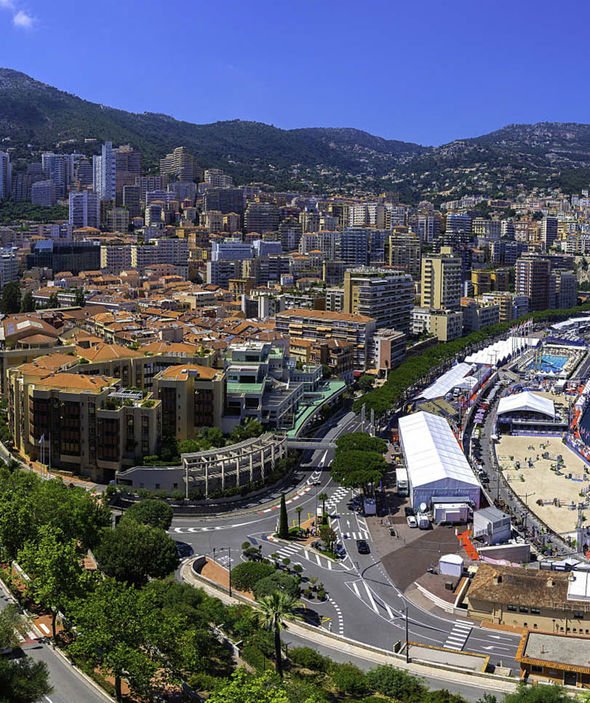 He is the son of Prince Rainier III and Hollywood film star Grace Kelly.

Their fairytale marriage helped cement Monaco’s reputation as a place of quintessential glamour.

Albert works out of his mother’s former office.

It’s still decorated exactly as it was when she died in a car crash when he was 24.

“When my father talked to me about the job he said, ‘You will be alone in that room and you have to be ready for it psychologically and emotionally’,” he recalls.

At one point, he is accompanied on his private jet to the UN. 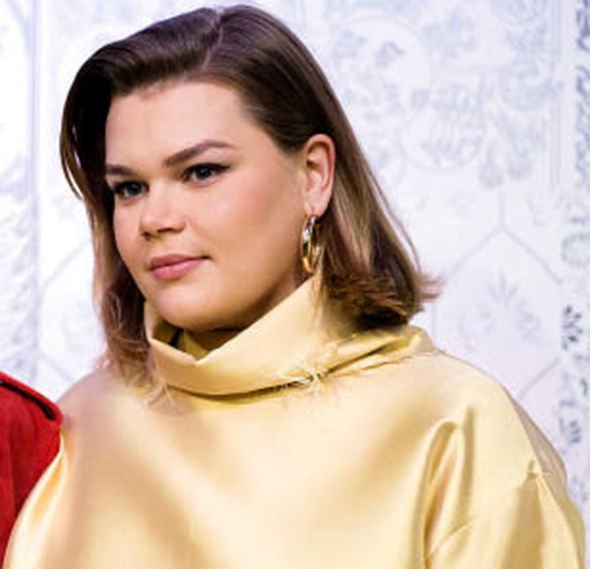 “You have to mind your Ps and Qs and I’ve learnt to be quite good at that,” says Albert of diplomacy.

“We are a small country and we have limited influence so we are neutral. Monaco’s neutrality is one of our main attributes – the role of small countries is to act as go-betweens between big nations.”

Viewers will also see an intriguing encounter with his niece Camille Gottlieb, above, the result of his sister Stephanie’s affair with royal bodyguard Jean Raymond Gottlieb.

She is one of the most down-to-earth people on the programme, which is perhaps unsurprising as, after she was born, her mother joined the circus when she fell in love with elephant trainer Franco Knie.

She is filmed at Monaco’s only tattoo parlour – beloved by rich rebels – getting a tiger tattoo on her arm.

“It can be a little weird sometimes, to be the grand-daughter of Prince Rainier and Grace Kelly, the daughter of Princess Stephanie,” she muses. “We are the royal family so we have to do a lot of things for Monaco so that’s good for us.

“I like watching reality shows – I loved Geordie Shore. But I don’t think my uncle would like us to do a reality show here. It is very cool growing up in Monte Carlo. Everyone knows everyone else. We have a lot of security.”

That is another aspect of why the rich love Monaco.

Because so many people were taking big money in and out of the casino, security had to be really tight.

There’s one policeman for every 70 residents – a ratio seven times bigger than in the UK – and 900 CCTV cameras. 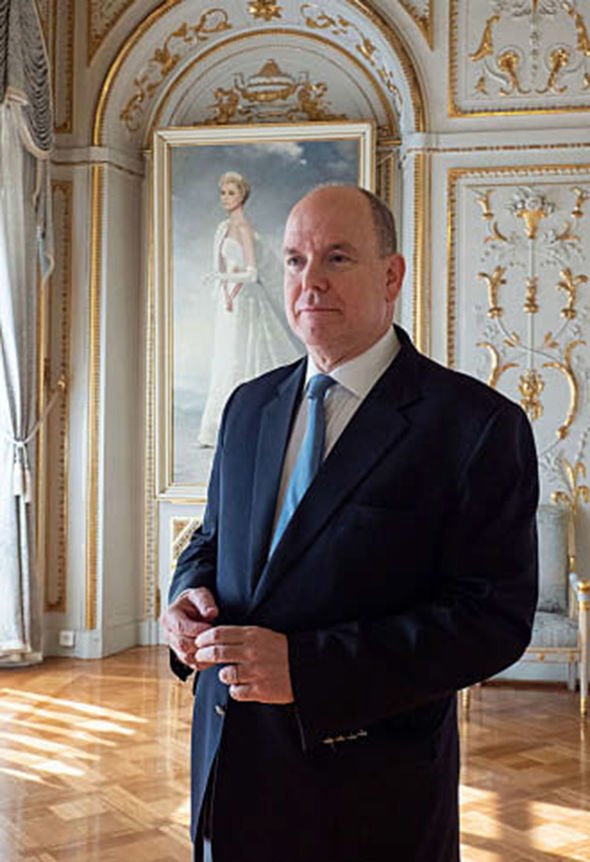 “If you ask most people their main reason for moving here, I think the overwhelming majority would say it is the security, the safety aspect,” says Prince Albert.

Even Monaco’s small prison, where only half the 70 rooms are in use, is unlike any other.

There’s netting over all outside areas to avoid helicopter escapes while the cook makes entrecôte steak for the prisoners – feeding them well ensures they don’t rebel.

This, after all, is a society where money is all. 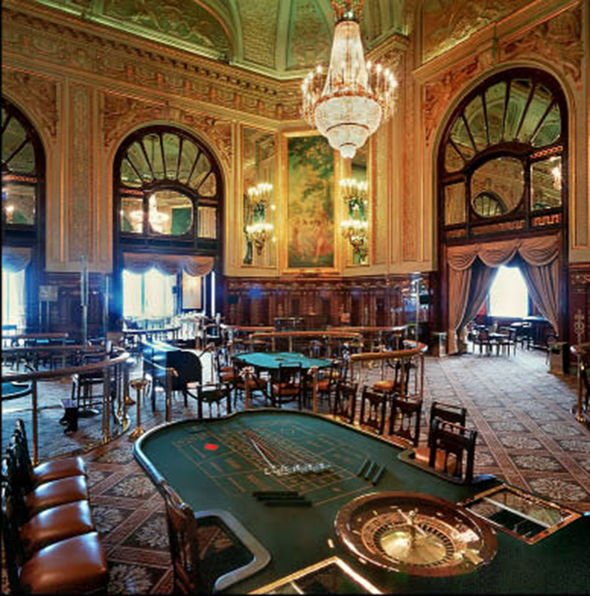 Supercars jostle for prime position outside the luxury Hotel de Paris and yachts get ever bigger.

Having a boat is about the only way to have a guaranteed sea view; new properties are being built all the time with land even being reclaimed from the sea.

Those who serve the rich laugh at their foibles.

One hotel worker describes how a rich Russian client loved a sushi meal so much he had another flown by private jet to his wife in Moscow.

Another describes how a client insisted duvets and sheets be removed from the bed – they wanted it covered in pillows instead.

Workers in the harbour talk about how clients want ever bigger boats to outdo their friends.

In the meantime, the principality has to keep a constant stream of events running to ensure the rich citizens and visitors are continually entertained – those Monaco coffers need to remain full.

As one wealthy resident, film producer Monica Bacardi – a scion of the drinks empire whose name she bears – says of the place: “It is a bubble, a pink bubble. It is very small, very safe and what looks like a lot of candies. Louis Vuitton, Dior, Chanel… whatever it is your heart wants.”

• Inside Monaco starts on BBC Two on June 8 at 9pm.