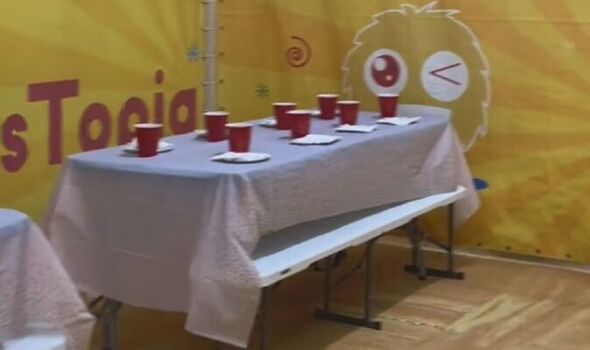 A mother has been left heartbroken after she invited 27 children to her daughter’s third birthday and none of them showed up. Breanna Strong ordered pizzas and a Frozen-themed birthday cake for the bash at a jungle-themed indoor playground.

She was expecting the play area to be filled with the sounds of children enjoying the giant slides, ball pits and tunnels. But instead, there was just an empty room because none of the invited guests turned up for the party.

The 27-year-old shared video from the event on TikTok, including one of her daughter, Avery, sitting by herself and eating some pizza, before her mother threw the rest away.

In the viral post, which has been viewed across the world, she explains what happened.

Showing off the empty room she wrote in the video: “We invited 27 kids to Avery’s third birthday party. Not a single one of her friends showed up.”

And then she wrote: “Money and time wasted. Breaks my momma heart so bad. Literally going to go home and snuggle my babies.”

One clip featured Avery sitting by herself and eating some pizza, before the mother took the rest and dropped it in the garbage.

Another saw Breanna holding back tears as she drove home from the failed party. “I wish I was making this up,” she added in the caption. In the comment section,

Breanna explained she had sent out virtual invitations to the party in Salt Lake City, Utah, through Facebook, and seven families had said they were coming.

Some messaged her last minute to let her know they could not make it anymore but the others just stood her up.

She told her followers that she was more upset about it than her child was because her daughter was too young to fully understand what had happened, and had still had fun in the indoor playground.

Ms Strong said: “She got everything she wanted. Pizza, Frozen cake, and jungle gym. “She didn’t know any different rather than having fun. Just shattered my heart.”

People across the globe have used the comment section of the video to send nice messages to Avery with one suggesting an online virtual party and another saying that everyone from TikTok would show up if they were invited. And many tried to console Avery’s distraught mother.

One commented “Remember momma! From the time she’s born to the end of world URE and U NEED to be her best friend so don’t be sad. B happy together!”

And another added: “I’m so sorry. My heart breaks for her. Happy birthday little one! Shame on those no-shows.”

Someone else said: “What horrible parents of the kids that didn’t turn up. I’ve never done that sending her big hugs.”

Some commenters revealed that fearing this will happen to them is exactly why they do not have parties.

One wrote: “This is so sad. We don’t do these parties because I have a fear of this. “We prefer smaller parties with just family and close friends.”

And another said: “We don’t do parties anymore. All the money we would have spent on it goes to what the birthday kid wants.”